"Casablanca," which turns 75 this week, is still revered today — though not for the reasons you might think 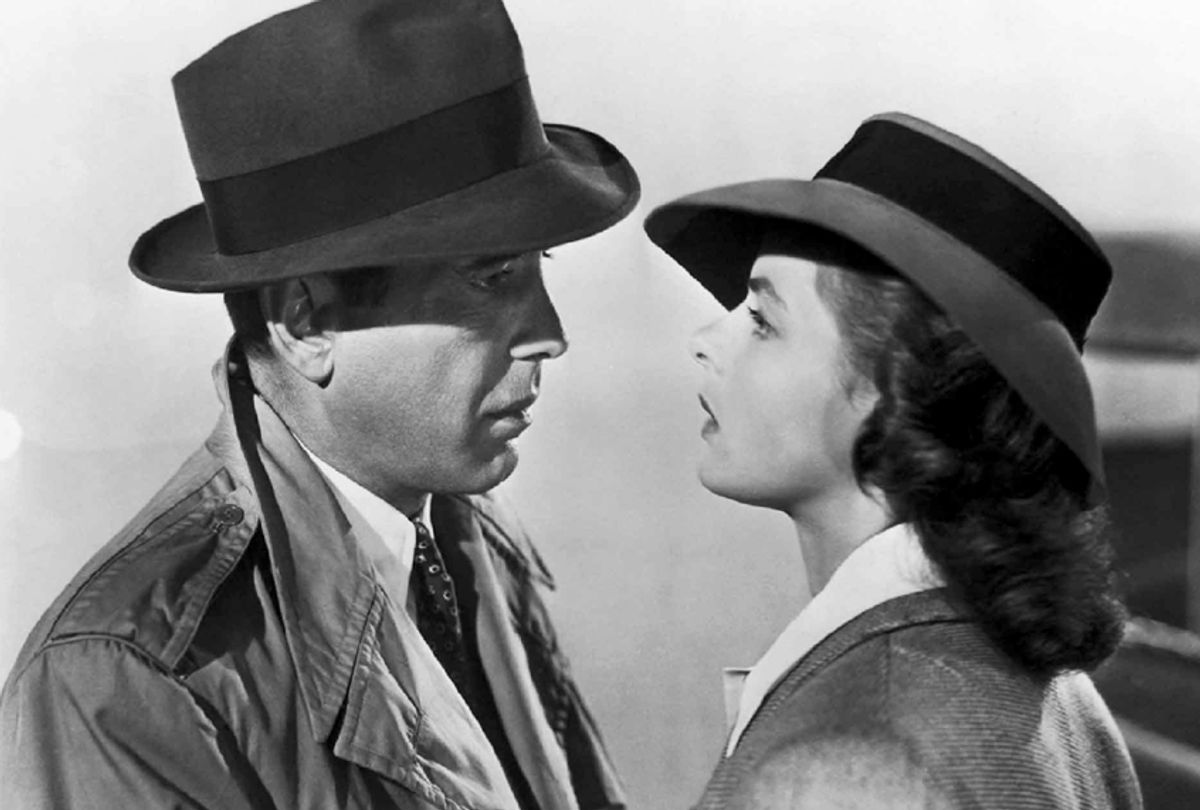 When a movie is still talked about three quarters of a century after its debut, revered in the kind of hushed tones normally reserved for discussing a nation’s most precious cultural treasures, people often want to know why. In the case of “Casablanca,” that holy grail of classical Hollywood that turns 75 on Sunday, there is no easy answer.

Sure, there are the iconic performances by Humphrey Bogart, Ingrid Bergman, Paul Henreid, Claude Rains and company. There’s also the film’s auspicious timing, appearing as it did just weeks after General Patton’s troops deployed in Operation Torch declared victory in the North African city where it’s set. Then, too, there are its endlessly quoted lines (“Round up the usual suspects!”), crafted by screenwriters Julius and Philip Epstein, together with Howard Koch, and the many decades of packed revival screenings at repertory theaters and student film societies, not to mention innumerable television broadcasts and TCM airings.

While we may search in vain for a single reason that accounts for the magic of “Casablanca’s” enduring success, it can’t merely be considered “the happiest of happy accidents,” as critic Andrew Sarris once branded it. Even its theme song, “As Time Goes By,” — a Tin Pan Alley number from the 1930s written by Herman Hupfeld, which composer Max Steiner initially shunned — has in its lyrics a line that almost makes a deliberate claim on a deeper narrative foundation that is at once eternal, an ever-green of sorts: “It’s still the same old story.”

Perhaps this explains why screenwriters, novelists and composers still turn to "Casablanca" for source material. “We drink at the well of 'Casablanca' many times,” said television writer and producer Matt Selman, who’s had a hand in creating several of the episodes of "The Simpsons" that offer a satirical wink at the picture, in a phone interview with me in 2016. Today, it’s such an essential part of our cultural lexicon that you don’t even need to have seen the movie to recognize the references.

Last year alone brought us a pair of movies that paid homage to that most quoted of classics. In "La La Land," a blustery love letter to old Hollywood, writer-director Damien Chazelle made a conscious decision not only to cast Emma Stone as an aspiring actress with an outsize Ingrid Bergman obsession, bedroom poster and all, but to have her work on the Warner Bros. lot at a café directly opposite of the set once used for Bogart and Bergman. There’s even the faint suggestion of a direct quote (“Of all the gin joints in all the towns in all the world”), or perhaps more of a thought bubble, delivered by Ryan Gosling’s character, and a recognizable nod to the famous bittersweet ending.

Similarly, in his deeply personal, and comparatively underrated, “20th Century Women,” writer-director Mike Mills incorporated his own mother’s love of Bogart movies of the 1940s into the script. In the film’s opening scene, as the voice-over narration given by the family matriarch Dorothea Fields (Annette Bening) describes the various things that she introduces her son to, when she gets to movies, the camera cuts to an iconic still of Bogart and Bergman on the airport tarmac in their trench coats and snap brim hats. This sort of subtle touch confirms a statement made by Umberto Eco in the 1980s: “Casablanca” is not just one movie, it is “the movies.”

This same tendency to draw on “Casablanca,” and to weave strands of its celebrated story into a new plot, can be found in several highly successful recent novels as well. Adam Johnson’s Pulitzer prize-winning “Orphan Master’s Son,” published in 2012 and set in modern-day North Korea, involves a furtive viewing of the contraband DVD on a laptop in Pyongyang. Its story offers inspiration for a daring escape to America in the absence of letters of transit.

More recently, Amor Towles’ enormously popular novel, "A Gentleman in Moscow," includes a pivotal late chapter in which the novel’s protagonist, Count Alexander Rostov, watches the movie with a former Red Army colonel. In addition to adding an extra layer of narrative complexity, the episode allows the novel’s protagonist — and, of course, readers along with him — to indulge in the film (“when the smoke from Rick’s cigarette dissolves into a montage of his days in Paris with Ilsa, the Count’s thoughts dissolved into a Parisian montage of his own”).

As Ingrid Bergman once observed of the film late in life: “I feel about ‘Casablanca’ that it has a life of its own. There is something mystical about it. It seems to have filled a need, a need that was there before the film.” Many decades later that need does not yet seem to have left us, and I’m not sure that’s a bad thing.

Noah Isenberg is the author, most recently, of "We’ll Always Have 'Casablanca': The Life, Legend, and Afterlife of Hollywood’s Most Beloved Movie." You can follow him on Twitter: @NoahIsenberg.