It's no secret that the host, a longtime friend of President Donald Trump, is actively raising money for the GOP 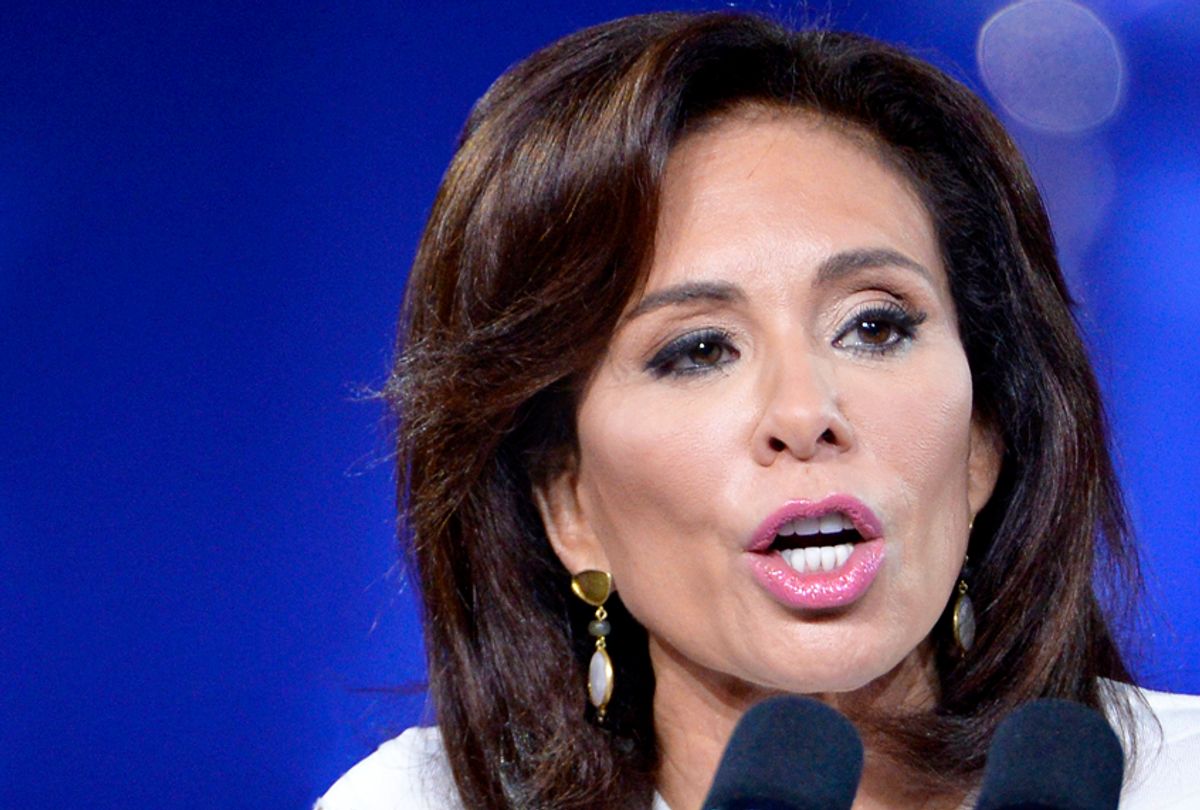 Fox News host and legal analyst Jeanine Pirro has found a lucrative side gig headlining Republican Party fundraisers. The network has claimed that it prohibits hosts from stumping for political candidates but has no apparent objection to hosts fundraising for party committees.

Pirro is a longtime friend of President Donald Trump who hosts the weekend program Judge Jeanine, where she pushes pro-Trump propaganda. The New York Times recently reported that Trump “rarely misses” her show and that Pirro “interviewed to be the deputy attorney general, according to three transition officials.”

It’s not surprising that Pirro would want to help Republicans given her openly partisan background. But Fox News has suggested it has some rules for its opinion hosts. The Times reported in an October 25 profile of Laura Ingraham, who headlined a campaign fundraiser for Senate candidate Kelli Ward (R-AZ), that “Fox News hosts are not usually allowed to stump for candidates, but Ms. Ingraham was granted an exception because her show had not yet begun.”

That reported prohibition seems meaningless in the context of Pirro’s fundraising efforts. She has done at least 10 fundraisers this year for local Republican Party organizations that help elect GOP candidates, according to a Media Matters review.

While campaign finance data for all of those events is not publicly available, Media Matters found that Pirro was paid for speaking in at least five instances by the hosting group, either through her corporation Judge Jeanine Pirro Inc. or the speakers bureau that represents her.

Pirro has made no secret that she’s helping raise money for Republican Party groups. On her April 22 programshe said that she “gave a good speech" at a Republican fundraiser in Morgantown, WV, and received a scarf as a gift. The hosting group, the Monongalia County Republican Executive Committee, wrote on Facebook in response: “Judge Jeanine Pirro wearing, on national television, the scarf of ‘Presidents Signatures’ given to her by our Chair Gina Brown on behalf of the Committee as a thank you gift for her speaking at our Reagan Dinner! She mentioned us and our Committee while closing her show tonight!”

Fox News and Pirro did not respond to requests for comment or clarification about the network's policies.

Pirro has been an active fundraiser for Republican Party organizations this year. For instance: 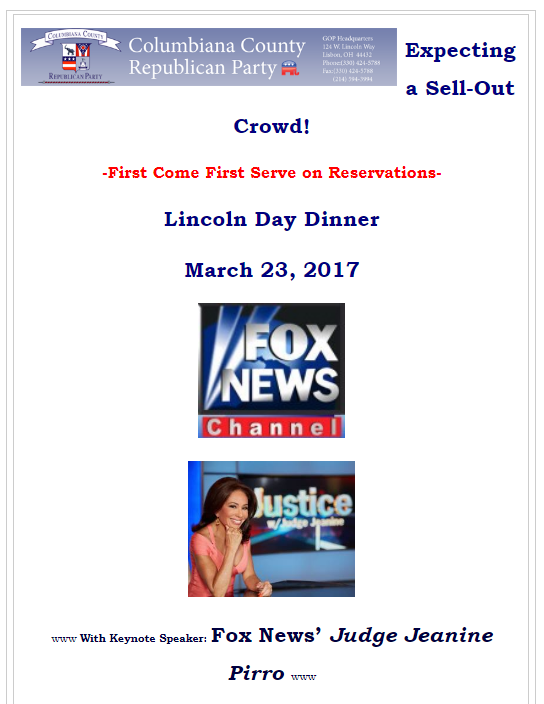 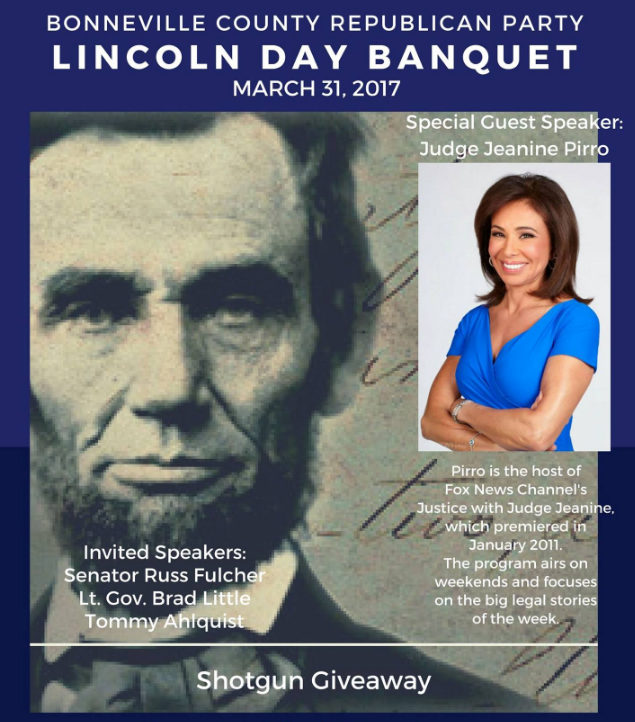 Media Matters has documented how Fox News hosts and commentators — in addition to their on-air conservative rhetoric — actively help Republican-aligned groups grow their coffers at partisan events. The pro-Trump group Great America Alliance recently created a fundraising page prominently featuring Fox News’ logo and celebrating the news that senior adviser Tomi Lahren had been hired as a Fox News contributor. That page was taken down after Media Matters asked Fox News whether it had approved the use of its logo.