Pink shoes, brown bodies: How dancers of color are fighting for representation

From costuming, to casting, to criticism, whiteness dominates dance — but black performers are pushing back 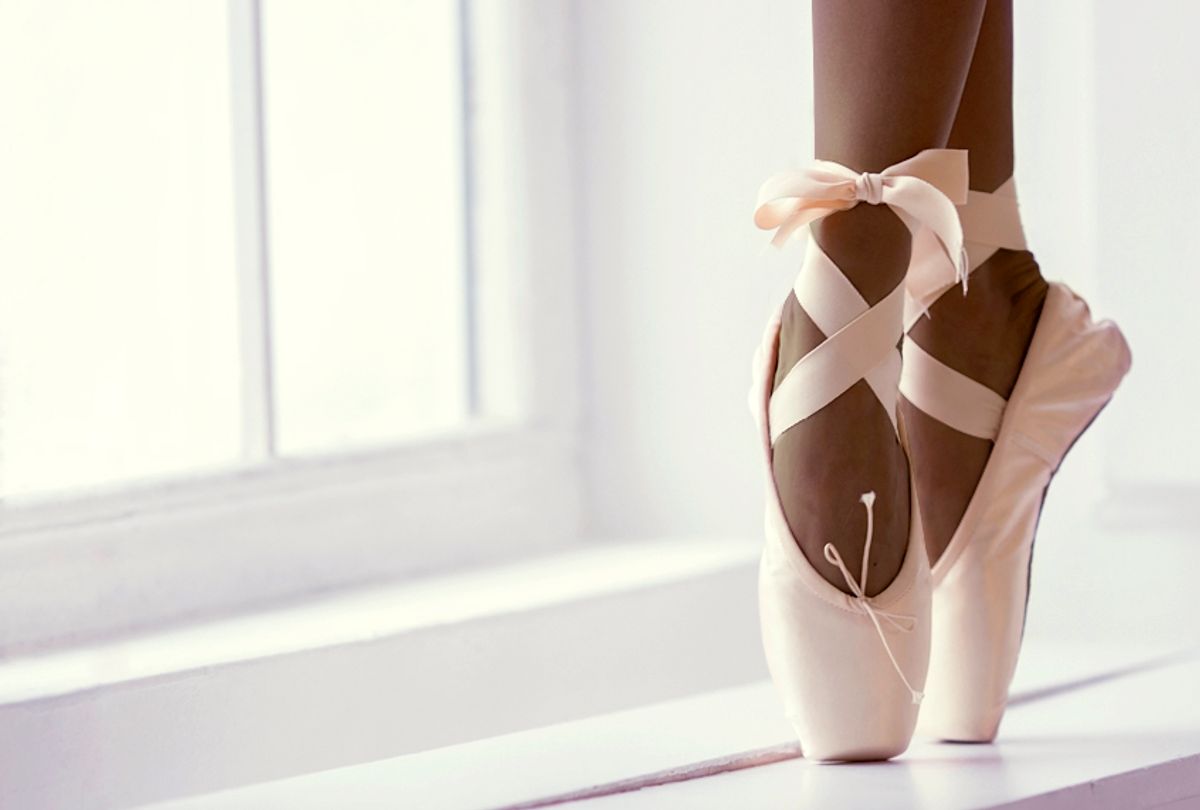 It was July 15, 2013, just two days after George Zimmerman was acquitted for the killing of teenager Trayvon Martin in Sanford, Florida.

The Cleo Parker Robinson Dance Ensemble, a historically and predominantly black modern dance company from Denver, was performing "Southland" at the University of Florida. It's a work created by iconic, pioneering black choreographer Katherine Dunham in 1951 about lynchings in the U.S. South.

Dunham debuted "Southland" in Chile, taking it to Paris two years later. But the U.S. State Department blocked its American premiere, furious about the way "Southland" portrayed the country.

When founder and artistic director Cleo Parker Robinson made plans to revive the controversial work, Martin was still alive and Zimmerman's name was unknown. The dance, about a white woman who was beaten by her white boyfriend and then blamed a black man who is then lynched for her false claims of rape, was already powerful. But dancer Roxanne Young remembers that, backstage in Gainesville that night, the stakes were raised.

Remember that Zimmerman's acquittal was the moment that pushed Alicia Garza to write "Black Lives Matter" for the first time on Facebook. It was the affirmation and rallying call that helped jumpstart a social movement.

Meanwhile, at the University of Florida, Young was nervous. The whole state was on edge. People at the university warned the dancers to stay clear of Sanford and the mass protests taking place. She wondered if people were even going to show up for the performance.

But they came, and were blown away. For Young, it confirmed for her that "Southland" contained a story and a message that needed to be told at exactly that moment. The themes are "still very relevant, just in a different form," she tells Salon. "I feel like now more choreographers, especially black choreographers, are really trying to use their art form to speak about issues that are happening now."

As the Black Lives Matter movement has resurfaced national dialogues about race in nearly every arena, parts of the dance world have taken part. "The current sociopolitical climate makes this work even more relevant to audiences," acclaimed choreographer Camille Brown told Dance Magazine.

Recent works by Brown, Kyle Abraham, Abdel Salaam, Rennie Harris, and others deal with themes like mass incarceration, police brutality, and racial stereotypes. But the same systematic racism and race-based presumptions that the Black Lives Matter movement seeks to upend permeate the dance world as well.

In the mainstream, no dancer has publicly addressed this more than Misty Copeland, the first black ballerina to become a principal dancer for the esteemed American Ballet Theatre.

Her promotion in 2015 did not stop her from speaking out against racism. If anything, it amplified her outspokenness. "All of a sudden now that I am in this position, I'm not going to say 'I'm just a dancer,'" she told Essence at the time. "It's easy for someone who isn't black or other or who has never experienced racism to dismiss what I'm saying."

Ebony Webster, a dancer with Forces of Nature Dance Theatre, tells Salon that the challenges of being a black dancer mirror those in every profession in America. "It's harder," she says. The standards applied and the bars for entry are higher, just as the jobs and contracts are fewer in this industry where "look" (meaning European appearance) reigns supreme.

Young, now a member of the dance company MoveDIPR, recounted the frustration of attending numerous auditions for all-white dance companies, just for choreographers to say they "value diversity" and still refuse to contract any dancers of color. Webster agreed, noting she often looks up dance companies ahead of time to see if she should even bother going.

For predominantly white dance companies like the Martha Graham Dance Company and the Paul Taylor Dance Company, Young says "you feel discouraged to even try." Shanna Woods, who dances for  Olujimi Dance Theatre and Jubilation Dance Ensemble, says she's been to several auditions, looked around and thought "I’m clearly not supposed to be here."

Even the traditional dance attire operates from a presumption of whiteness. Webster explained that, in ballet, the "nude" baseline color for all ballerina's costumes in a company is typically pale pink.

While there's a purpose to the uniformity — "to not break the line in the extension, so it looks like one color all the way down to the ballet shoe," as Webster says — the naming and the choice of color privileges white skin tones. For dancers whose "nude" is a shade of brown, the convention leaves them conceptually and aesthetically on the margins.

Other ways black dancers can feel marginalized in majority-white dance spaces is through the use of certain words they often find applied to them. Woods said these can include "sassy," "curvy," "snappy" and "urban," all descriptions that serve to "discredit the ability of a black artist" and limit a dancer's versatility.

Quite often, this sort of treatment sees black dancers joining predominantly black dance companies, Young says. After all, "We know we’ll get accepted," Young said of them.

Some of these companies, having been founded at the height of the Civil Rights Movement, when black dancers were almost always excluded from mainstream organizations, are not just welcome options, they're historical repositories. Young acknowledged that it wasn't until she joined Cleo Parker Robinson's dance company that she learned about black dance pioneers like Katherine Dunham, Pearl Primus, Arthur Mitchell and others.

Webster adds that her own understanding of black dance icons only came when she was allowed to pick individual topics for research in school. Though she, like Young, was a dance major in college, where dance history is typically a required course, the black history of the discipline was mostly unknown to her before then. "It’s not in the textbooks," she said. "It’s not part of the curriculum."

So, yes, black dance companies afford black dancers and choreographers a place to work and sense of home and history. But even there, they can find themselves on the wrong side of racial insensitivity, particularly at the hands of dance critics, most of whom are white.

This year, Abdel Salaam, director of Forces of Nature Dance Theatre, constructed a dance work for the annual DanceAfrica celebration in Brooklyn titled "The Healing Sevens" that merged African dance, hip-hop and modern forms to tell an intricate story of gun violence and brutality. Well received, it would go on to win a  prestigious Bessie Award for "Best Production."

Yet New York Times dance critic Gia Kourlas slammed "The Healing Sevens" in a review, asking why Salaam would try to move traditional African dance "beyond" its conventions — as if ballet has never deviated, modernized or moved beyond its traditions. It was almost as if she wanted the African form to stay stagnant, docile, frozen.

Knowing the struggle for success, acceptance and equality for black dancers, many black creatives have fostered unique spaces outside of the mainstream dance industry. The International Association of Blacks in Dance conference and festival, for instance, launched in 1991 with a mission to preserve and promote dance by black artists. Every year it brings out the biggest, most famous black dance companies in this country, from Alvin Ailey American Dance Theatre to the Dance Theatre of Harlem.

In 2012, Paloma McGregor founded "Dancing While Black," an artist-led initiative to bring "the voices of black dance artists from the periphery to the center, providing opportunities to self-determine the languages and lenses that define their work."

Webster, with her partner Natasha Williams, started a business this year called "Melanin Moves," a networking platform for black dancers to connect with and empower each other by discussing the issues they face in a safe space. Webster said, "Some people don’t even know these issues exist and it’s important because it’s a big part of our lives as black dancers."

"It’s one of those quiet things that people don’t like to talk about in the dance world, but it’s still there," Young said, of the micro-aggressions and racial inequalities black dancers experience.

"People don’t want to give it that recognition, especially in New York, because we have such diversity, but it still shows." She added, "We need to break that silence. We need to have people recognize that this is still happening right now in the dance world and it’s still very relevant."