Progressives should do more than defend immigration — we should celebrate it

Handled correctly, immigration can be an enormous social good, and the left shouldn't be afraid to say so 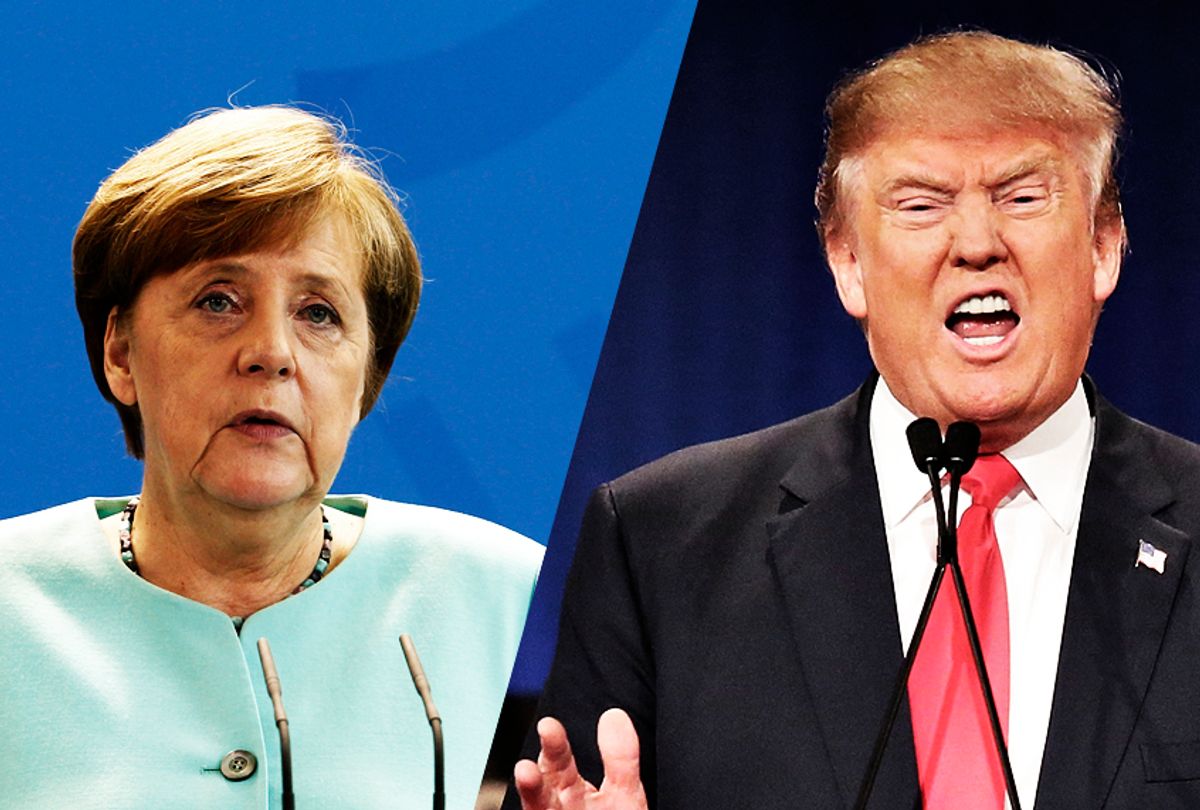 Because the only direction the news seems to tilt in these days is towards depressing, it appears that Germany, which had been the moral leader among Western nations on the subject of how to deal with the humanitarian disaster of the refugee crisis, is getting wobbly on its commitment. Chancellor Angela Merkel's grip on power is loosening and her political coalition is falling apart, apparently because of controversy over her plan to allow 1 million migrants, many of them Syrian refugees, to move to Germany.

It's just the latest sign of the anti-immigrant hysteria that has swept across Europe and the United States. On our side of the Atlantic, the story just keeps getting grimmer. Barack Obama, no doubt worried that Democrats would pay a political price amid this anti-immigrant panic, had already set a stringently low limit, accepting just 110,000 refugees a year. Donald Trump, elected president on an overtly racist, anti-immigrant campaign, has reduced that number to 45,000. Trump's chief of staff, John Kelly, reportedly said he wanted to let in a number between zero and one.

To add to the atrocities, Trump will now force nearly 60,000 Haitian refugees who relocated to the U.S. after the 2010 earthquake to return to Haiti, even though they have built new lives here. Erik Loomis at Lawyers, Guns & Money calls Trump's policies "ethnic cleansing," and I see no reason to disagree with that description.

Unfortunately, many liberals have failed to engage with the issue of immigration beyond a surface level. There's vague support for "sanctuary cities" and there were the protests of Trump's Muslim travel ban, but a coherent liberal view on what, exactly, American policies on immigration should be has not emerged. It's far past time for that to change. Liberals and progressives need to take the fight to the right, and start arguing, if not for open borders, at least for a system that is geared towards more inclusion, more immigration and fearlessness in the face of the potential social changes these policies might bring.

Perhaps it's because I grew up near the Mexican border, in a part of the country that is truly bi-cultural and bilingual, but I flatly do not understand the trepidation so many people — not just conservatives, but some liberals as well — experience when considering opening our doors to millions of new arrivals.

The culture of El Paso, Texas, where I was born, and the rural areas around the Big Bend National Park, where I went to high school, were strongly defined by a shared American and Mexican heritage. On the whole, it was great. It defined the community and the region, just as surely as places like Portland or Seattle are shaped by the specific culture of the Pacific Northwest and their proximity to Canada. Sure, some white people in Texas were racist towards Latinos, but that negativity is not Latinos' fault. Overall, what you see when you live in a place like that is that people become imaginative about blending different cultural traditions and often create something new and unique from it.

Half a million Irish immigrants moved to the U.S. between 1845 and 1850, making those new arrivals from one small island about 2 percent of the U.S. population at the time. Even if we moved the entire population of Syria to the United States — which no one has any intention of doing — that would constitute about 5 percent of the population.

The comparison between the two groups is instructive, because Irish immigrants of that time were also refugees and treated as a despised minority in the United States, in part because of what was seen as an alien religion. Nowadays, that reaction seems ridiculous. It turned out that all those fears about Irish culture being incompatible with American culture were overblown and that what problems existed were largely due to native-born bigots, not the Irish themselves.

Of course this subject is a complex one, and there are nuanced discussions to be had about assimilation and the importance of avoiding ghettoization or marginalization of new arrivals. But it's long past time for liberals to stop tiptoeing around this subject and start arguing that there is nothing to fear. Cultural exchange is a good thing in itself, and history shows that new arrivals will find their place if they are welcome — even if the numbers initially seem overwhelming.

Immigration doesn't have to be treated like an unfortunate conversation liberals engage in only with great reluctance. It can and should be framed as an overall good for everyone, whose positives far outweigh the negatives. The only way to win on this issue politically -- and to do the right thing for other human beings -- is for liberals and progressives to force conservatives to play defense on this issue, not the other way around.