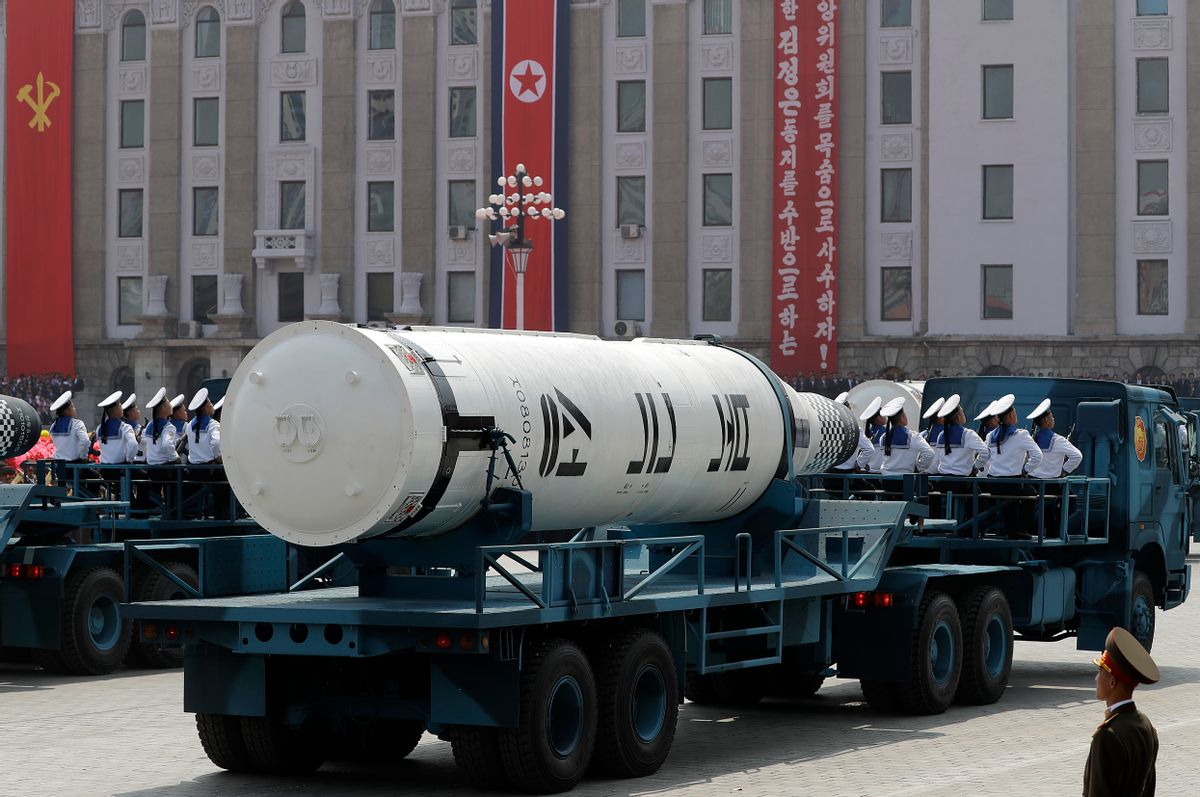 North Korea apparently fired a ballistic missile on Tuesday, the first such test in more than two months.

Information about the type of missile that was fired, as well as its trajectory, are not currently clear. South Korea’s military said the launch site was somewhere north of Pyongyang. The missile was believed to have landed in the Sea of Japan.

A U.S. official anonymously confirmed the missile's launch, according to an Associated Press report. The Pentagon was less firm in its statement.

"We detected a probable missile launch from North Korea" at around 1:30 p.m., Department of Defense spokesman Col. Rob Manning said, according to the AP.

The missile was the first launched by the North Korean regime since an intermediate-range ballistic missile was tested on Sept. 15, which flew over Japan.

President Donald Trump has been informed of the missile launch, according to White House Press Secretary Sarah Huckabee Sanders.

She tweeted that Trump "was briefed, while missile was still in the air, on the situation in North Korea."

Trump has appeared at times to deliberately escalate tensions with North Korea. He has repeatedly insulted the insular nation's dictator, Kim Jong-un, who has responded in kind and engaged in his own deliberate provocations.

Just days after that, a scathing editorial in the newspaper published by North Korea's ruling party said that Trump's crimes were punishable by death.