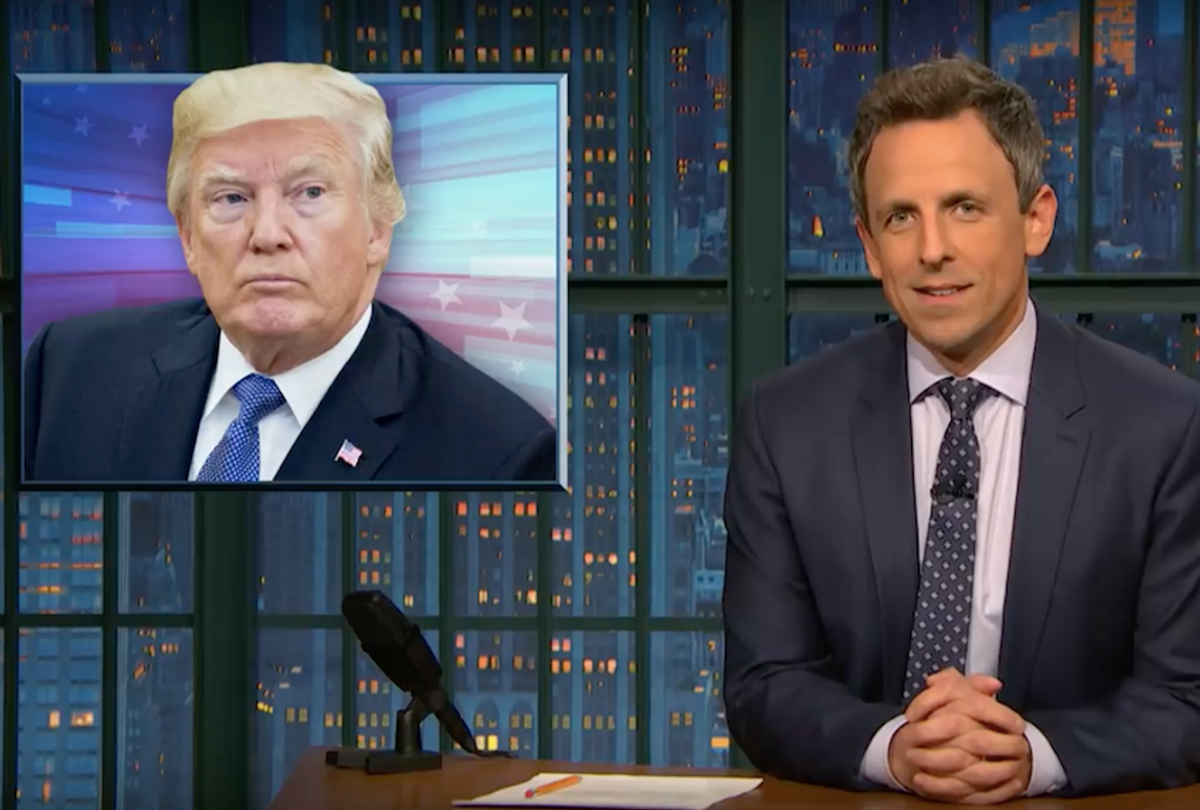 Meyers mocked America's "neediest and most insecure president" after Trump tweeted that he has accomplished "more than any 10 month president."

The president's primary victory in office is the number of golf games he's been able to play.

But Meyers believes those presidential golf trips may end soon if Robert Mueller's investigation into possible collusion between Trump's 2016 presidential campaign and Russia continues at such a rapid pace.

“The way Robert Mueller is handing down indictments, there’s a good chance Trump will be a 10-month president,” Meyers said.

At least Trump made it long enough for Melania to turn the White House into a Christmas hellscape.

Watch the full segment below.