Happy Holidays from the White House 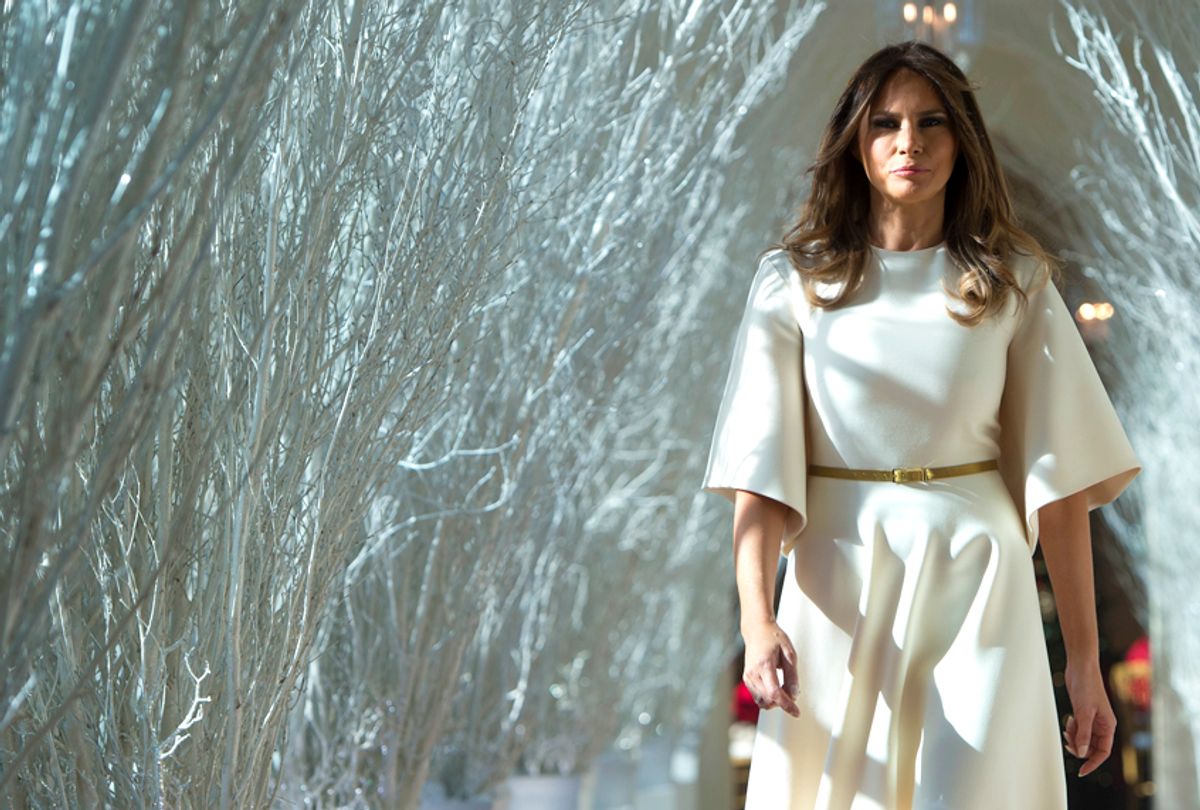 Ho, ho, ho. The Holidays are upon us, and our first gift of the season has arrived: An internet chock full of dank, dank Melania memes.

If you haven’t yet seen, Christmas celebrations have already kicked off on the White House's social feeds with a catalog the First Lady Melania Trump's efforts to bring seasonal cheer to the loneliest place on earth, one that was met on Twitter with an outcry of confusion, laughter and memes on memes on memes.

First, there was this somewhat disturbing video of First Lady Melania Trump watching a ballet performance, stone-faced and distant as she stared past the dancers and, perhaps, into the abyss that is her cloistered existence. The resulting memes were tight.

Melania looks like she just stumbled into the middle of all of this on her way to get a glass of water and now she doesn't know if it's weirder if she stays or if she leaves. https://t.co/yrCd5PSPxA — 🏳️‍🌈Jenny Trout (@Jenny_Trout) November 28, 2017

I really did not expect the Suspiria remake to be so edgy. pic.twitter.com/LOiznA7nxY

The celebration continued with Kubrickian images of the first lady walking down a dark Christmas hallway ominously lined with white, lifeless trees. Supposedly designed by the first lady herself, the icy display may or may not be yet another cry for help from her. Who can say, really?

Ivanka: No holiday decor could be as deeply unsettling as my evil Thanksgiving clam!
Melania: Hold my klonopin... pic.twitter.com/FDiSMp5dWE

ivanka: MY holidays are the starkest and the most disturbingly barren melania: hold my bare existential dread pic.twitter.com/zo0sv0wO3x — rachel handler (@rachel_handler) November 27, 2017

oh cool I didn't realize Christmas fell on the same day as the purge this year https://t.co/74fm7eMlRG — maura "are jack and biz nazis?" quint (@behindyourback) November 27, 2017

Come and play with us, Barron

Finally, we got a full tour of the White House decorations, luxe and coldly, uncomfortably bright as they might be in a forthcoming seasonal episode of "Black Mirror".

Joy to the world, truly.