After 20 years leading "Today," one of NBC's top male faces has been let go 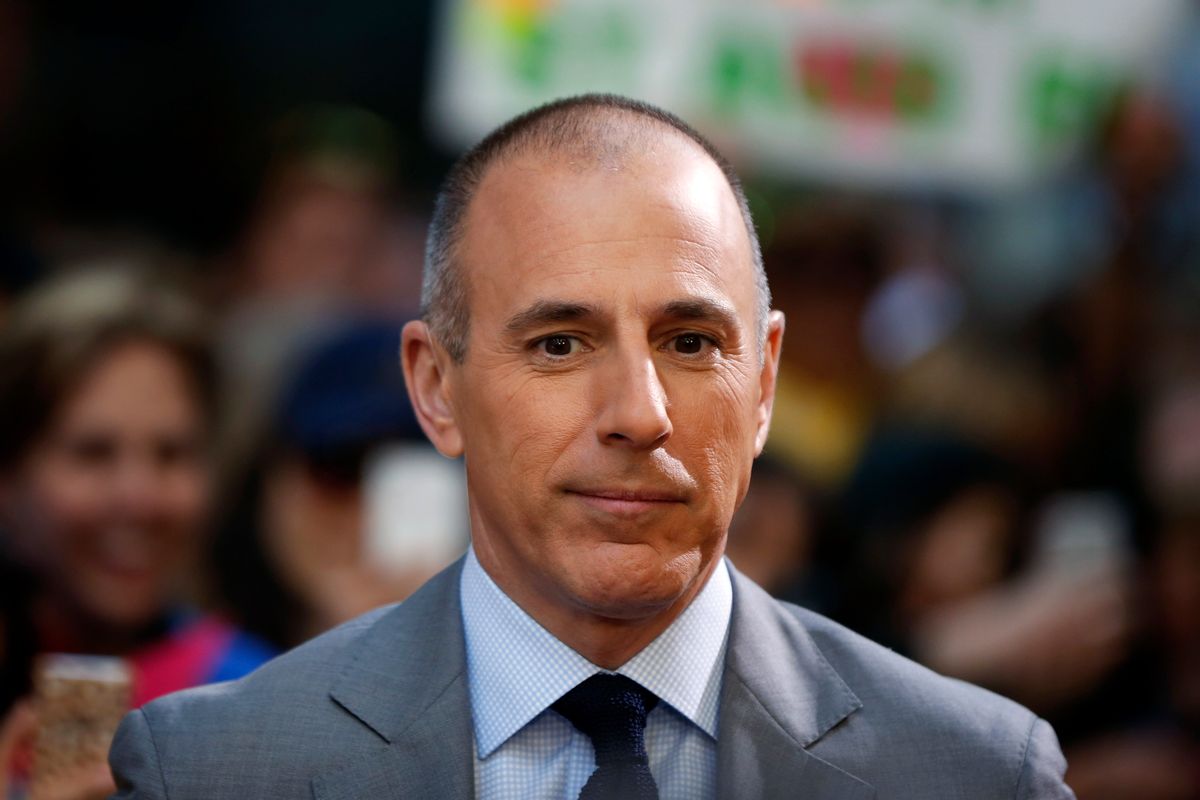 Matt Lauer has been fired this morning following a "detailed complaint" from a colleague that alleges he engaged in "inappropriate sexual behavior in the workplace," NBC announced Wednesday.

"On Monday night, we received a detailed complaint from a colleague about inappropriate sexual behavior in the workplace by Matt Lauer," NBC News Chairman Andrew Lack wrote in a memo to NBC employees. "It represented, after serious review, a clear violation of our company's standards. As a result, we've decided to terminate his employment."

The memo continued, "While it is the first complaint about his behavior in the over 20 years he’s been at NBC News, we were also presented with reason to believe this may not have been an isolated incident."

Co-anchors Savannah Guthrie and Hoda Kotb announced Lauer's firing on "Today," where he served as an anchor for two decades.

"We just learned this moments ago, just this morning," an emotional Guthrie told viewers. "As I'm sure you can imagine we are devastated, and we are still processing all of this."

Guthrie said that Lauer was "a dear, dear friend."

"All we can say is we are heartbroken; I’m heartbroken," she added, fighting back tears. But she also added that she was "heartbroken for the brave colleague who came forward to tell her story, and any other women who have their own stories to tell.

Matt Lauer has been terminated from NBC News. On Monday night, we received a detailed complaint from a colleague about inappropriate sexual behavior in the workplace by Matt Lauer. As a result, we’ve decided to terminate his employment. pic.twitter.com/1A3UAZpvPb — TODAY (@TODAYshow) November 29, 2017

Further details about the incident, or potential incidents, that resulted in Lauer's firing are unclear at this time.

President Donald Trump, who is very selective in who he publicly attacks and why, seized an opportunity to point the finger at Lauer and slam NBC in the process.

Wow, Matt Lauer was just fired from NBC for “inappropriate sexual behavior in the workplace.” But when will the top executives at NBC & Comcast be fired for putting out so much Fake News. Check out Andy Lack’s past!