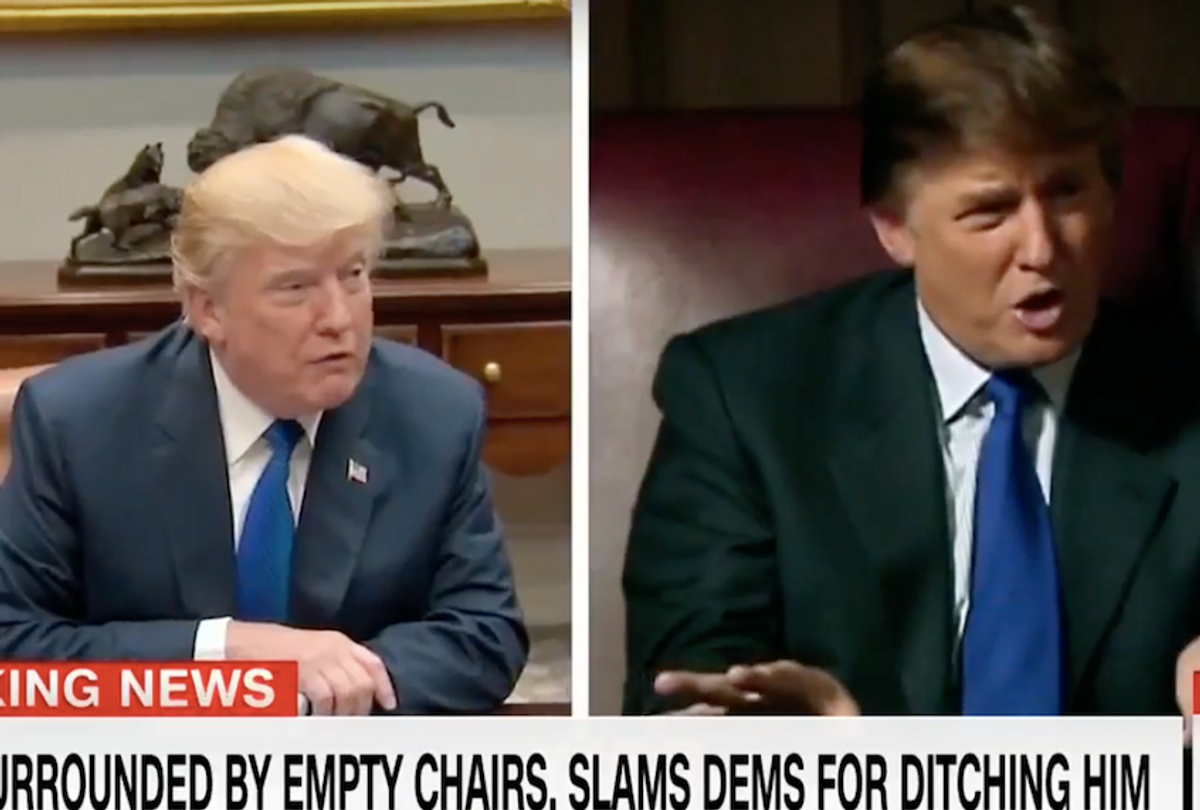 Burnett wanted to demonstrate how Trump is treating the presidency so similarly to his former TV show, it's possible to juxtapose the two scene-by-scene.

“President Trump — always the showman — an executive producer at heart, did not waste an opportunity to turn this situation into political theater, complete with empty chairs and name cards for Senator Schumer and Congresswoman Pelosi," Burnett said as the clips played.

"And if you think this looks familiar, well, yeah. On the left is the president today, and, on the right, a tight shot almost the same one of [Trump] from 'The Apprentice,'" Burnett continued. "The boardroom from today with the empty chairs. Same sort of set-up from 'The Apprentice.'"

"The only difference today was nobody was, technically, fired," she concluded.