From Katrina to Harvey: The difference a dozen years makes

Janeen Coble of Houston fled Louisiana in 2005, then faced Harvey this year 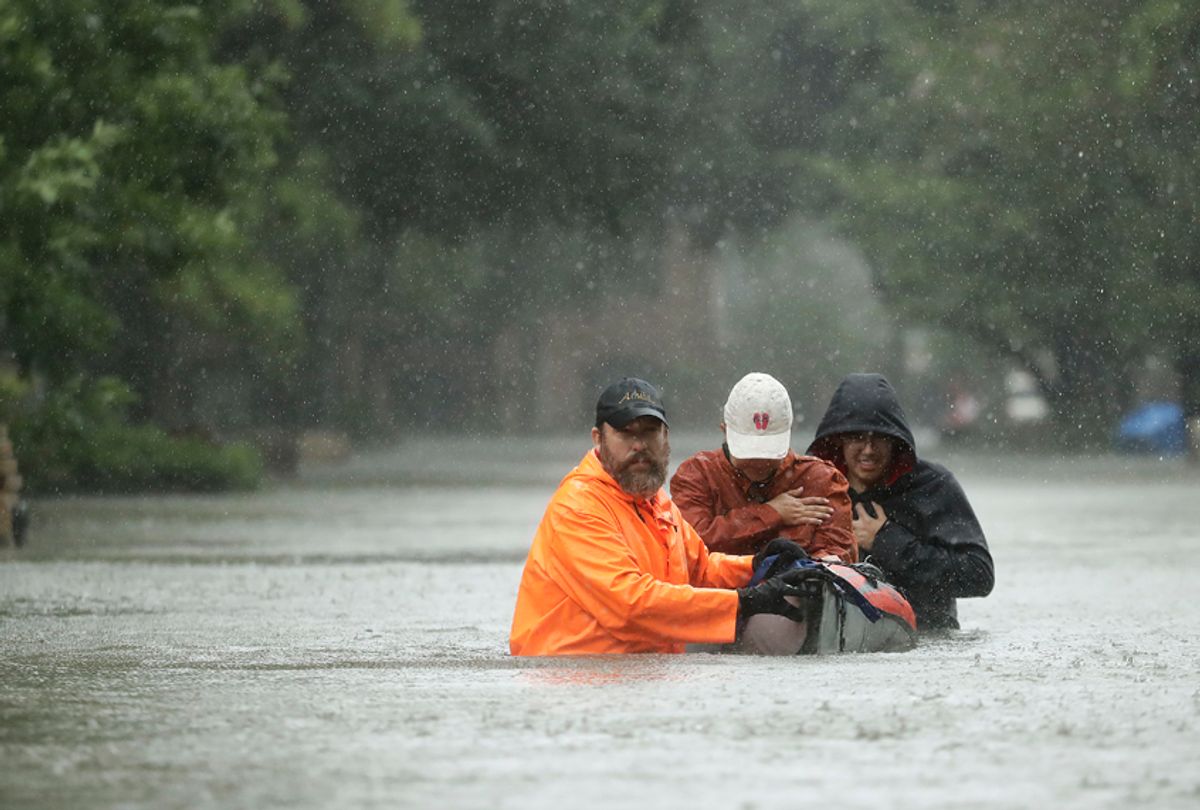 As the city of Houston slowly gets back to normal after category three Hurricane Harvey, for some of its citizens, the recovery has been a reminder of the kind of relentless devastation these storms can bring. For Janeen Coble of the northwest Houston area, the flooding and displacement of those affected hits particularly close to home.

Twelve years ago, Coble lived with her husband and two older daughters in a spacious home in Violet, Louisiana.

“We kept hearing that the hurricane — not so much from the news in New Orleans, but [from] a bunch of relatives that lived in Florida — who kept calling me saying, 'This hurricane is going to be terrible! You all need to leave!’” said Coble. “I went and told [my husband], ‘We’ve got to pack, we’ve got to get out now.’”

Reluctantly, Coble’s husband and her family got in the car, packing no baggage since they assumed they “would be back in a few days.” Leaving their packed bags piled in the living room and their daughters’ brand new cars parked in the driveway, the family divided between Coble’s car and her husband’s welding truck and fled.

As night fell on the evening before the storm hit, water was already high enough to lap at the doors of their vehicles as they drove north without a destination. With family scattered from Texas to Georgia, and nothing but the clothes on their back, the family could not even cash a check for food.

“They’d say ‘Oh no, no way, you all are evacuees,’” said Coble. “They couldn’t tell if we really had money or not. They would not [cash] it!”

Sitting in a hotel in Mississippi, the family watched along with other evacuees the destruction that had fallen upon their home.

“Once they saw the devastation, they lost it,” said Coble. “I’m telling you, it was like they lost their minds, they all started screaming. I was just thinking it would have been better if we hadn’t even seen this.”

Now, as the people of Texas begin to rebuild, Coble compares her experiences from a decade ago to the victims of Harvey.

“I was in my house for around five days — I didn’t get to leave,” said Coble. “There was damage up on the roof and water started coming in. I thought it was just the two bedrooms, but then it started coming in at the front of the house. I worked all night running back and forth with towels trying to keep it all dry!”

But ultimately, Coble said, the two crises were completely different in caliber.

“Just being in that hotel . . . There were people [in Louisiana] just losing their minds after three or say days of not being able to eat,” said Coble. “It was like an animal was inside of them.”

She continued, “I find that this one wasn’t as much of a disaster. I mean, it was a disaster because a lot of people’s homes were damaged, but not one person that I know of had flooding over their roof. What I liked about here is that everyone from all over jumped in ready to help.”

Despite the controversy surrounding his trip, Coble felt President Trump’s post-Harvey visit and handling of the storm was on point, and thanked him for his aid.

“People from Louisiana came over, people from all over the United States are still bringing truckloads of food, and this and that,” said Coble. “Then the President came immediately and brought the FEMA people and got them all set up and engaged. . . . It’s running so much smoother today than it did back then.”

When it comes to advice for families who may be displaced, Coble’s offered this: “Don’t give up, don’t give up hope, and please apply for [aid]. I know it sounds discouraging. At least apply and see what happens.”