Like Game of Thrones? You'll love Game of Floods 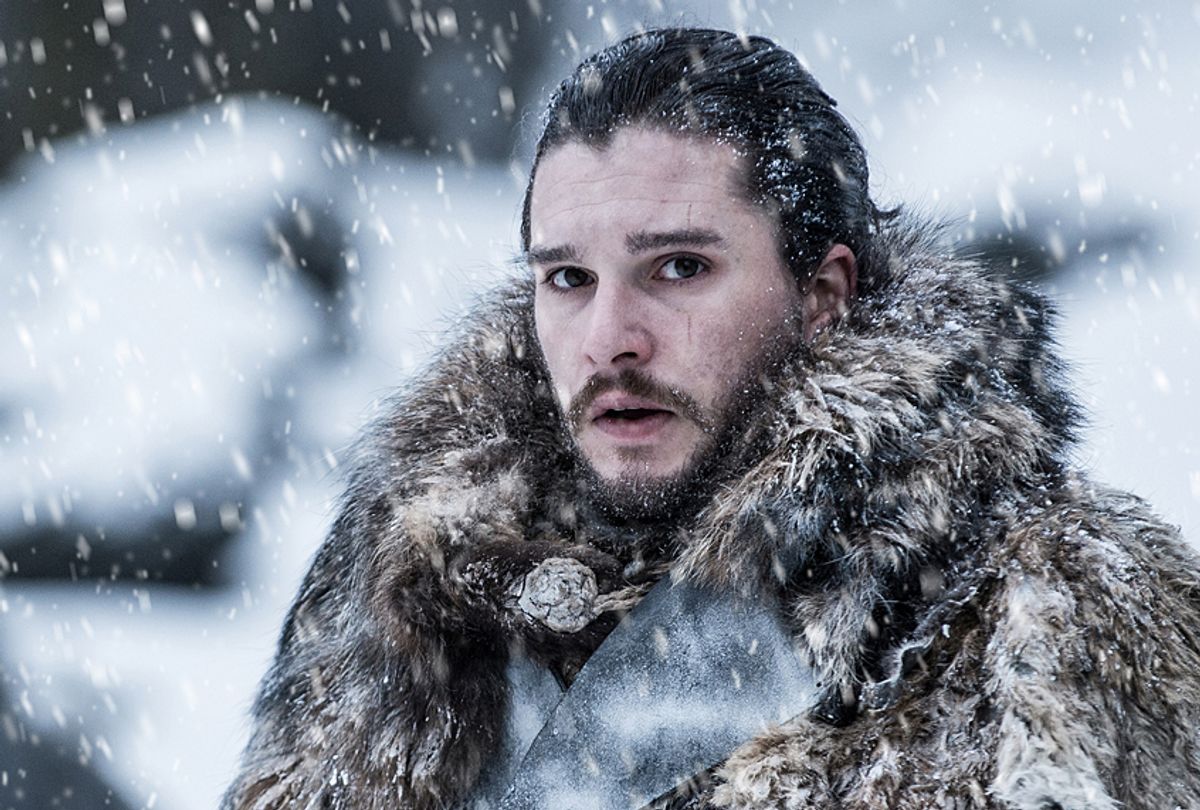 An underlying tension running throughout HBO's epic fantasy series "Game of Thrones" has to do with what will happen once winter has come. Game of Floods poses a similar threat (albeit without the gorgeous cast). But you don't really need the Dragon Queen or Jon Snow to make prepping for climate disaster fun, do you? That's what officials in Marin County, California, are banking on.

A report issued by the Bay Area county predicted that within 15 years, "billions of dollars worth of private and public property — some 700 buildings across 50 acres of Marin — will be threatened by flooding."

Meanwhile, MarinCounty.org warns that when it comes to sea level rise, the future is now:

Rising sea levels and more severe storm flooding as a result of climate disruption are impacting us here in Marin County now. Even when the sun shines, Marin County already experiences more frequent flooding, both on the Pacific coast in west Marin and along our bay shorelines, impacting roadways, drainage and utilities, and disrupting people’s lives. These impacts are expected to increase in frequency and severity as sea level rise accelerates.

In response, Marin officials invited the public to propose a plan of action. Realizing the need to motivate the public to change their behavior, a group from Marin County’s Community Development Agency and Department of Public Works came up with an idea Tyrion would love: Game of Floods. (Learn how to play the game.)

The year is 2050 and residents of the fictional Marin Island face imminent disaster as sea levels rise. Players place themselves in the position of planning commissioners tasked with helping the doomed islanders strategize ways to minimize destruction using limited resources (an effort that has already garnered Marin County a national award for public outreach by the American Planning Association).

Like other resource management games such as Pandemic, Game of Floods is all about encouraging collaboration against a common threat. This is realized through the use of a hexagonal board demarcated by colored flood zones representing areas such as a seabird colony, school or an electrical substation. Players begin the game by discussing whether to protect, adapt or retreat from an area.

If, say, the group decides to go with protection by building a levee, this might prevent flooding but will seriously drain the budget. Another option for adapting — dune restoration, for example — will cost a lot less, but have a limited effectiveness. Once consensus has been reached, stickers are placed on each section of the board to reflect the group’s strategy.

The strategy’s success is determined by a guide who tallies up the total costs of the environmental and human impacts of the group’s decisions. This is not your typical winner/loser board game. Instead, the game is meant to be played multiple times, ideally at a local meeting or workshop, so community members can begin to wrap their heads around the pros and cons of various adaptation methods and the broader implications of rising tides.

"We face difficult and complex decisions in responding to increased threats of sea level rise, and playing the game helps people become our partners in the process," Roger Leventhal, a Marin County public works engineer who helped come up with the idea, explained to the Times-Picayune.

The key to understanding is in the deliberation. “It’s the first adaptation game I’m aware of,” said Alex Westhoff, a planner from the Marin County community development agency who co-devised the game, in an interview with Citylab. As Westhoff explained, by getting the public to understand the difficulty of his job by framing outcomes through specific actions and their consequences, they can grow familiar with the reality of rising sea change. In turn, this threat becomes a more tangible reality, which means that the public begins to understand their own role in mitigating disasters. The fact that the game is also “fun and engaging" certainly helps, added Westhoff.

The first round of Game of Floods was played during a 2015 workshop held in West Marin. From there, the game took to the road touring conferences around California, where it soon got the attention of universities and preservation societies, not to mention the EPA and FEMA. In total, Westhoff estimates that Game of Floods has been played by about 1,500 people in workshops and classrooms throughout the country. More recently thanks to grant funding, Marin County is turning the game’s informal print-it-yourself packaging into an actual box set that will be available for purchase.

How much can a game make a difference, you may ask?

"We've played the game in a wide variety of settings," said Westhoff, "and consistently the energy and enthusiasm that participants show gives us hope that we can make real progress." To this Westhoff added that the game has already inspired Marin County locals to make more of a concerted effort to restore “eroded beaches with fresh sand and oyster habitats.” Feedback from players has also even helped the local planners think of alternative strategies for real-world adaptations.

“It all boils down to getting a conversation started about a very important topic,” Roberta Rewers, a spokesperson for the APA, said to Citylab. “It visualizes what could happen in a community, and it gets people thinking about how choices have impacts.”

We’ve already come too far to prevent the effects of climate change. But if we start dealing with those effects in the present, we can be more prepared for the future. Game of Floods is a good start, and will hopefully inspire more action in the real world, before winter really comes.

Robin Scher is a freelance writer from South Africa currently based in New York. He tweets infrequently @RobScherHimself.