In other news: What else happened while Michael Flynn flipped? 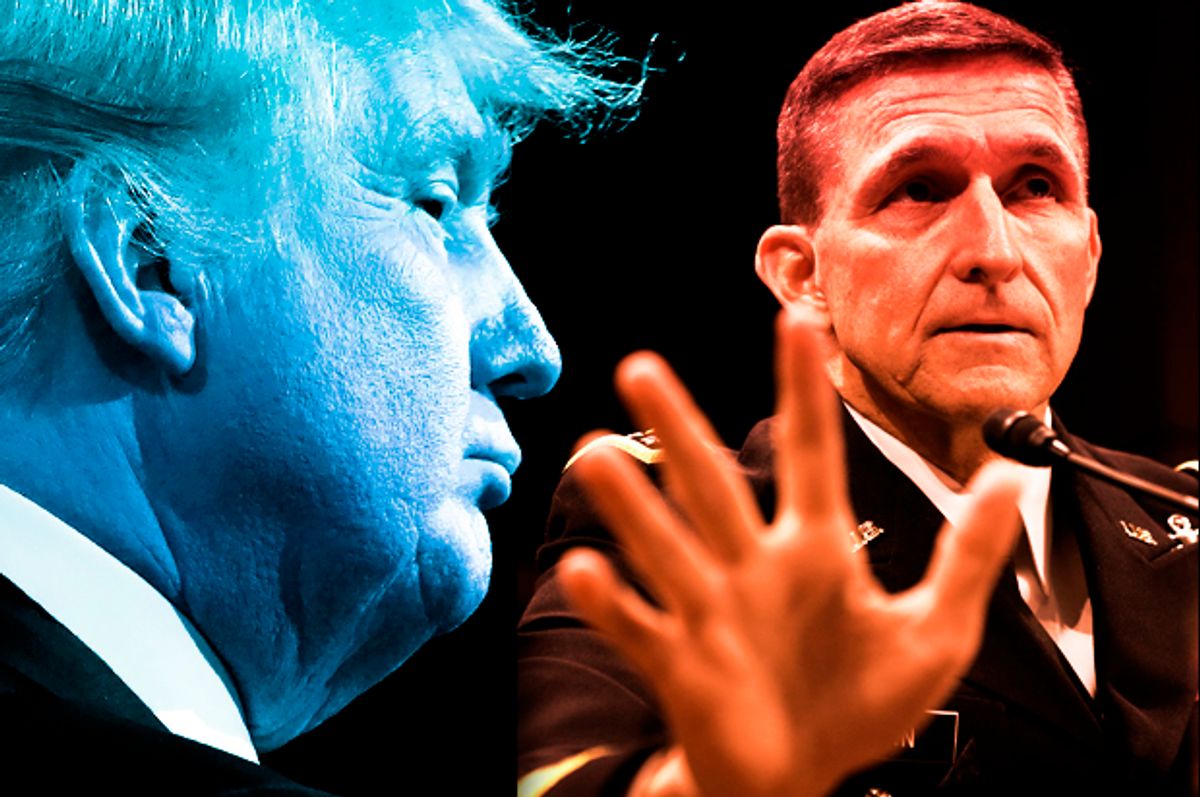 While everyone was busy with the blockbuster news early Friday that former White House national security adviser Michael Flynn had reached a plea deal with Russian interference special counsel Robert Mueller, there were a lot of other notable things that flew under the radar. Here's a look at a few:

According to NBC, Farenthold obtained money from the fund to pay off his former communications director, Lauren Greene, who had sued him in 2014 for multiple instances of sexual harassment and for wrongful termination after she alleged that the congressman had fired her for not yielding to his advances.

Some of Farenthold's efforts, according to Politico, involved telling Greene that he had "sexual fantasies" about her and claiming that he had not had sex with his wife for years.

It was also confirmed on Friday that Rep. Trey Gowdy, R-S.C., paid $150,000 in taxpayer dollars to a former aide on the House Select Committee who alleged he was fired for an inadequate focus on Hillary Clinton. The Washington Post reported that the fired aide, Bradley Podliska, was also a member of the armed services:

Podliska, in addition to claiming he was fired for his refusal to focus on Clinton, alleged retaliation by his supervisors because he took leave to fulfill his obligations as an Air Force reservist.

Twitter and other social media companies have made it a policy to delete the accounts and content that terrorist groups and their sympathizers post online, including the execution videos that have been the staple of Islamic extremists for decades.

But what is Twitter supposed to do when President Donald Trump decides to start retweeting snuff films? Unquestionably, Trump is the platform's most important user. Untold thousands of users likely use the company's mobile alerts system to get Trump's messages instantly sent to their phones. God knows everyone in the news business has to.

As he is wont to do, Twitter CEO and co-founder Jack Dorsey and his staff took to their social network and began tweeting in corporatespeak about the situation.

Less than an hour later, Dorsey himself walked the tweet back in a strange formulation about "shipping dates" and some sort of "safety calendar" without providing any links for readers to see what he was referencing.

He was soon called out by a number of Twitter users, particularly Joshua Topolsky, the editor of The Outline. Dorsey retreated swiftly after being questioned.

One would think that deleting the tweets of the racist British political party that Trump had promoted would be something Twitter could easily agree on, saving the thorny problem of what to do about the president for another time. But thus far, the company has made no announcements.

Richard Spencer fails to file paperwork to operate in Virginia

It's true that a number of big technology firms (not so much Twitter and Facebook, however) have decided not to do business with white nationalist groups. This has clearly harmed their ability to spread their beliefs and coordinate their efforts. But oftentimes when various "alt-right" groups face negative consequences from bureaucrats bearing red notices, it's their own fault.

According to the Los Angeles Times, white nationalist Richard Spencer's National Policy Institute has failed to file documents with the state of Virginia to allow it to conduct fundraising campaigns. The group had actually been operating under an extension from regulators after it had previously failed to file the required forms. NPI failed to complete its documentation by Virginia's Nov. 15 deadline. Asked for comment about the situation by the Times, Spencer actually tried to hire reporter Matt Pearce to resolve the registration situation for him.

Is Jared Kushner next in Robert Mueller's crosshairs?

According to Bloomberg, Kushner is the "very senior" official who Mueller's team says had directed Flynn to make contacts with various ambassadors and embassies during the two months following Trump's election and his swearing-in ceremony.

In Flynn's plea deal, the "very senior" staffer was said to have instructed Flynn to discuss a United Nations resolution critical of Israel's practice of illegally building housing in territory owned by Palestine. Former President Barack Obama had declined to stop the resolution from passing but Kushner, apparently at the request of Israel's government, had sought Russia's help in using its Security Council veto to delay the resolution until Trump had taken office.

As Bloomberg notes, if the "collusion" theory only amounts to Flynn talking about a symbolic U.N. resolution with Russia then it is unlikely to be damaging to Trump. It might be enough to take down Kushner, however.