There's a tax increase that’s proven to save lives 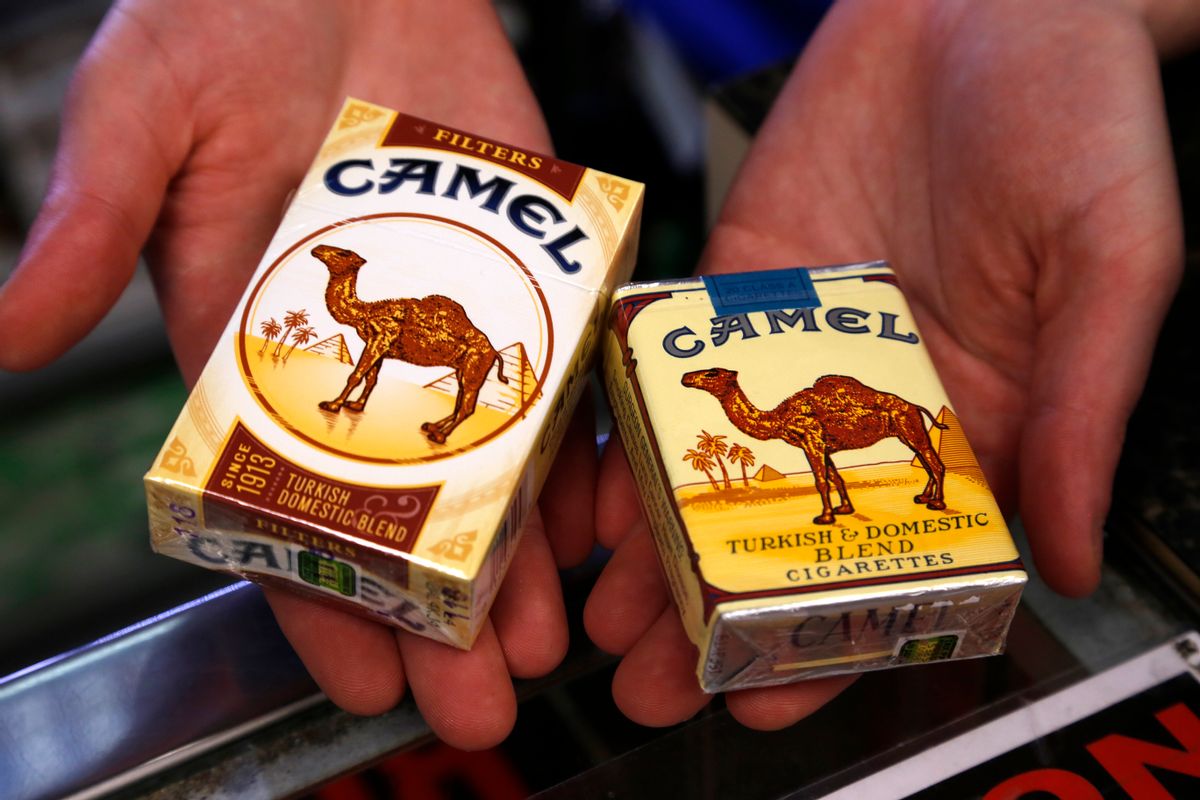 Lung cancer remains the world’s largest cancer killer, but the world is not doing all it can to curb it.

Tobacco use is the largest risk factor for lung cancer. It is also a risk factor for at least 11 other cancers, and the reason that a mind-numbing 1.5 million tobacco-related cancer deaths occur every year worldwide.

This is much more than a health crisis. The global estimate of health costs and lost productivity from smoking-related illnesses was enormous in 2016, estimated at 1.8 percent of the world’s annual gross domestic product.

Without urgent action, scholars predict there will be a billion tobacco-related deaths this century. The costs of treating smoking-related diseases will become an increasingly significant economic burden in many low- and middle-income countries over the next 20 years.

Currently, these countries account for about 40 percent of the overall global costs of tobacco and a growing share of global smoking prevalence. Economic growth in these countries coupled with aggressive marketing by tobacco companies is making things worse. These dynamics represent a clear threat to health and development.

We spend our lives studying, teaching about and promoting cancer control, and we can report there are proven tools at our disposal that can help the world avoid this catastrophe. Arguably, the single most effective tool, both in terms of cost and population-level effects, is tobacco taxation.

A large body of evidence demonstrates that applying excise taxes on tobacco products on a sustained basis so that people cannot afford them is currently the most effective policy instrument to discourage smoking. Effective taxes deter people and especially youth from starting to use tobacco and encourage current tobacco users to cut down or quit.

In fact, raising cigarette excise tax in each country by one international dollar — an international dollar in a particular country has the same purchasing power as a U.S. dollar in the U.S. — per 20-cigarette pack would lead to a decrease in daily smoking prevalence from 14.1 percent to 12.9 percent and 66 million fewer smokers in one year. This also translates into 15 million fewer smoking-related deaths among adults over time.

Most of the world’s governments have signed the World Health Organization Framework Convention on Tobacco Control, the world’s first public health treaty under the WHO’s auspices. Most use the WHO’s associated MPOWER framework to help them translate this commitment into effective, actionable public health policies. Both recommend that raising the price of tobacco through higher taxes is an essential tool to reduce tobacco use.

But the 2017 WHO Report on the Global Tobacco Epidemic revealed that tobacco taxation is the least well-implemented major tobacco control measure. Only 10 percent of the world’s population lives in countries where tobacco taxes are sufficiently high to have a preventive impact on tobacco use.

In many countries, the tobacco industry and its surrogates have been spreading inaccurate data and specious arguments to discourage governments from increasing tobacco taxes. The companies have, for example, overinflated the threat of illicit trade in tobacco products.

In reality, many of the countries with the highest tobacco taxes also have the lowest levels of illicit trade. Experience across many countries demonstrates that straightforward steps, such as programs that track and trace tobacco products and even modest law enforcement efforts to find and punish those trafficking in illicit trade, greatly mitigate any such challenges.

As with many interventions, success depends upon visible and vocal support from a wide variety of actors, including health and political stakeholders. While some in the tobacco control community have advocated for tobacco taxation, many natural allies have remained relatively quiet.

Momentum is now growing and new coalitions are forming to promote tobacco taxation. For example, Prevent20 is a community of cancer organizations from around the world that supports and promotes the use of tobacco taxes as a key cancer prevention strategy. The coalition’s name reflects the grim statistic that 20 percent of all cancer deaths globally are caused by tobacco use.

In September, the Prevent20 Coalition signed an open letter to Dr. Tedros Adhanom Ghebreyesus, the new WHO director general, acknowledging and supporting his existing commitment to fighting the tobacco epidemic and encouraging him to redouble WHO efforts on global health and, specifically, on raising tobacco taxes.

It was particularly important for the health community to raise the issue of tobacco taxes while Dr. Tedros was attending the United Nations General Assembly meeting, where delegates debated and passed resolutions on issues including development, financing for development and health.

Under the Sustainable Development Goals, governments have committed to fully implement and enforce the WHO FCTC. They have also committed (in Target 3.4) to reduce premature mortality from noncommunicable diseases by one-third by 2030.

It is impossible to meet this target without serious reductions in tobacco use, a major risk factor for the four main noncommunicable diseases: cardiovascular disease, chronic respiratory disease and diabetes, as well as cancer.

WHO itself has called for a 30 percent relative reduction in adult smoking prevalence by 2025. If taxes were implemented adequately around the world to meet the target, governments could generate up to US$800 billion annually.

From a health and political perspective, there could be significant co-benefits — governments could reinvest revenue in priorities such as improving health systems as well as disease prevention and treatment. This would thereby deliver significant savings in future health care costs. Some countries already have turned tobacco taxes toward improving care, such as Costa Rica and the Philippines, where tobacco excise taxes are paying to extend health care to millions more people.

In global meetings, this potential for revenue generation has led governments to conclude that tobacco taxes should be leveraged as a domestic source of development financing — a strategy explicitly set out in the Addis Ababa Action Agenda. But politicians need to demonstrate the will to translate intent into action.

Cancer organizations are beginning to raise their voices to share accurate information about tobacco taxes and health, to debunk tobacco industry misinformation, encourage governments and their constituents to support higher tobacco taxes, and make it easier for governments to adopt and implement them.

Progress is not possible if we let the tobacco industry shape health policy, so the wider health and development community must join the cancer community in being visible and vocal advocates for high tobacco taxes.