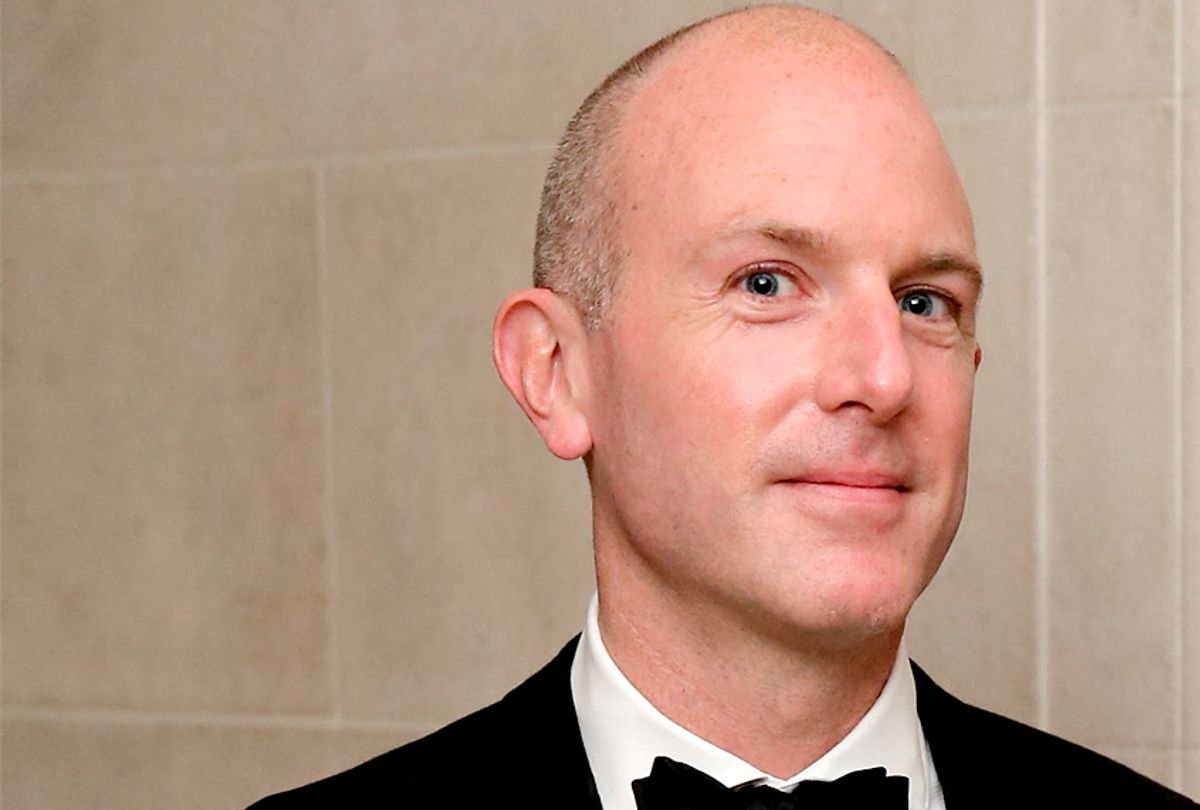 Lorin Stein, editor of the influential and esteemed Paris Review, has resigned from the journal following a company investigation into possible misconduct toward the title's female staff and freelancers. He had been with the publication since 2010.

As reported in the New York Times, the board of the Paris Review had launched an internal investigation into Stein's behavior in October after various complaints filtered up from the writers and employees who work for the 60-year-old literary journal. The inquiry was conducted by attorneys under a board subcommittee that included testimony from "current and former employees, and also received complaints from at least two female writers who said they had negative encounters with Mr. Stein," according to the Times. The magazine's board was to meet Thursday to discuss its findings and plot a course of action.

Stein, 44 and married to writer Sadie Stein, first wrote a letter to the board in an attempt to secure his position early Wednesday, then tendered his resignation. He followed that in a message to the Paris Review staff.

“At times in the past, I blurred the personal and the professional in ways that were, I now recognize, disrespectful of my colleagues and our contributors, and that made them feel uncomfortable or demeaned,” Stein wrote in the letter. “I am very sorry for any hurt I caused them.”

The Times reports that he further admitted to romantically and sexually pursuing women at the Review, including writers and interns (“an abuse of my position," he said) and having intercourse in the offices after work hours. He claimed whatever sex he had was consensual and before he was married even if, as he said, "the way I behaved was hurtful, degrading and infuriating to a degree that I have only begun to understand this past month.”

The Paris Review, whose past editors have included George Plimpton, Harold L. Humes and Peter Matthiessen and later Brigid Hughes and Philip Gourevitch, is perhaps the best-regarded literary publication of its kind in the English language. Over its six decades in existence, it has published the original work — and sometimes launched the careers — of writers such as  Jack Kerouac, Philip Larkin, Philip Roth, Italo Calvino, Samuel Beckett, Jean Genet, Jeffrey Eugenides, Ernest Hemingway, Ralph Ellison, William Faulkner, Thornton Wilder, Vladimir Nabokov and many, many others. Who is — and isn't — represented in the Review, and whether or not the publication is living up to its outsized legacy, is a frequent topic of discussion inside and outside New York's literary circles.

Despite its position and influence, the Review itself is a small operation, with only a handful of staffers or interns working out of its austere, no-frills Chelsea loft space at any one time. The atmosphere, like the many gatherings it hosts in its offices, is reportedly informal and intimate. All this, and the central role the Review plays in the literary world, paints Stein's alleged behavior in a particularly ugly light.

As of this writing, the Review has no comment on the matter.