He previously silenced a gay colleague for violating "God's law" 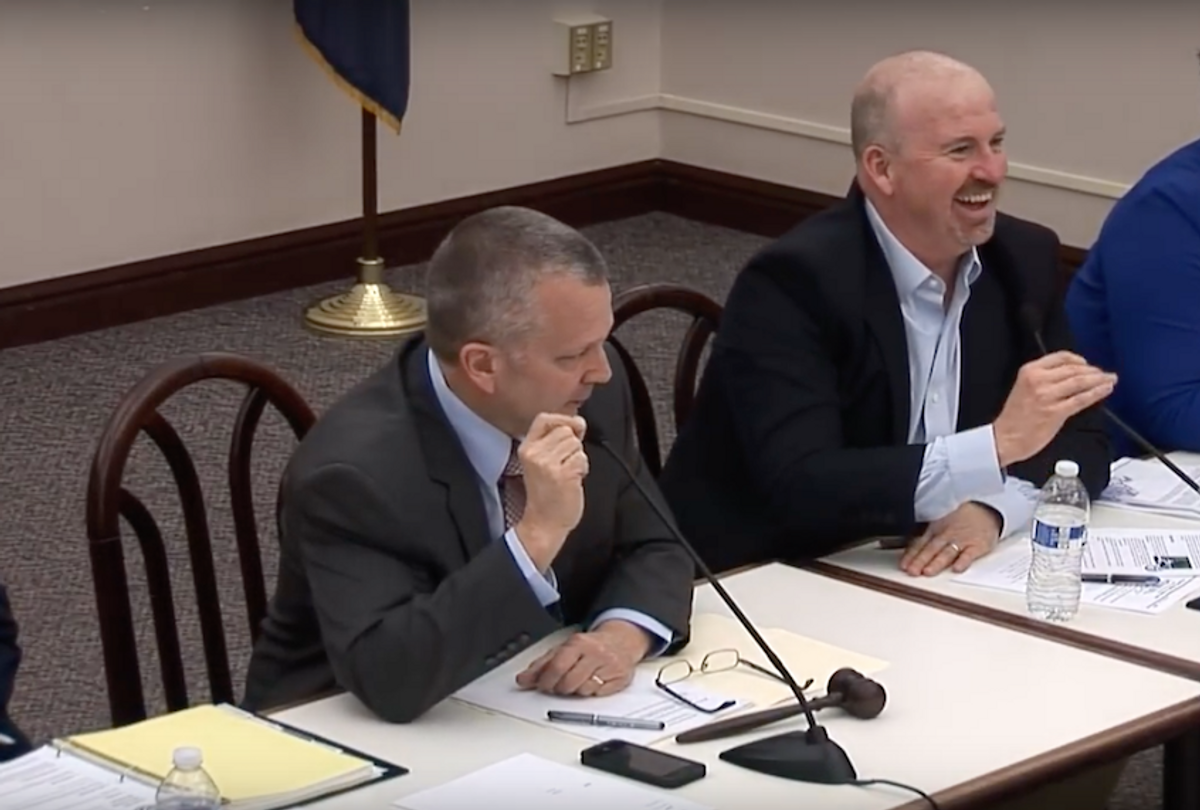 A request to not be touched is one thing. Using an anti-gay verbal attack to make that request, like Chairman of the Pennsylvania House State Government Committee Rep. Daryl Metcalfe, R., did when Democratic Chairman Matt Bradford touched his arm, is another.

The inexplicable exchange came during a meeting about issues related to land use.

“Representative Bradford,” said Metcalfe, interrupting Bradford following the touch. “Look, I’m a heterosexual. I have a wife, I love my wife. I don’t like men, as you might. But stop touching me all the time."

Aside from the inexcusable homophobia, it's difficult to imagine Metcalfe didn't already know that Bradford is married to a woman.

“It’s like keep your hands to yourself,” he continued as people in the room began nervously laughing. “Like, if you want to touch somebody, you have people on your side of the aisle that might like it. I don’t.”

“We are officially off the rails,” Bradford responded. “My intent was just to beg for your permission for about 30 seconds.”

“I don’t know where we go from here,” Bradford responded to more nervous laughter from the room.

Watch the full incident below.