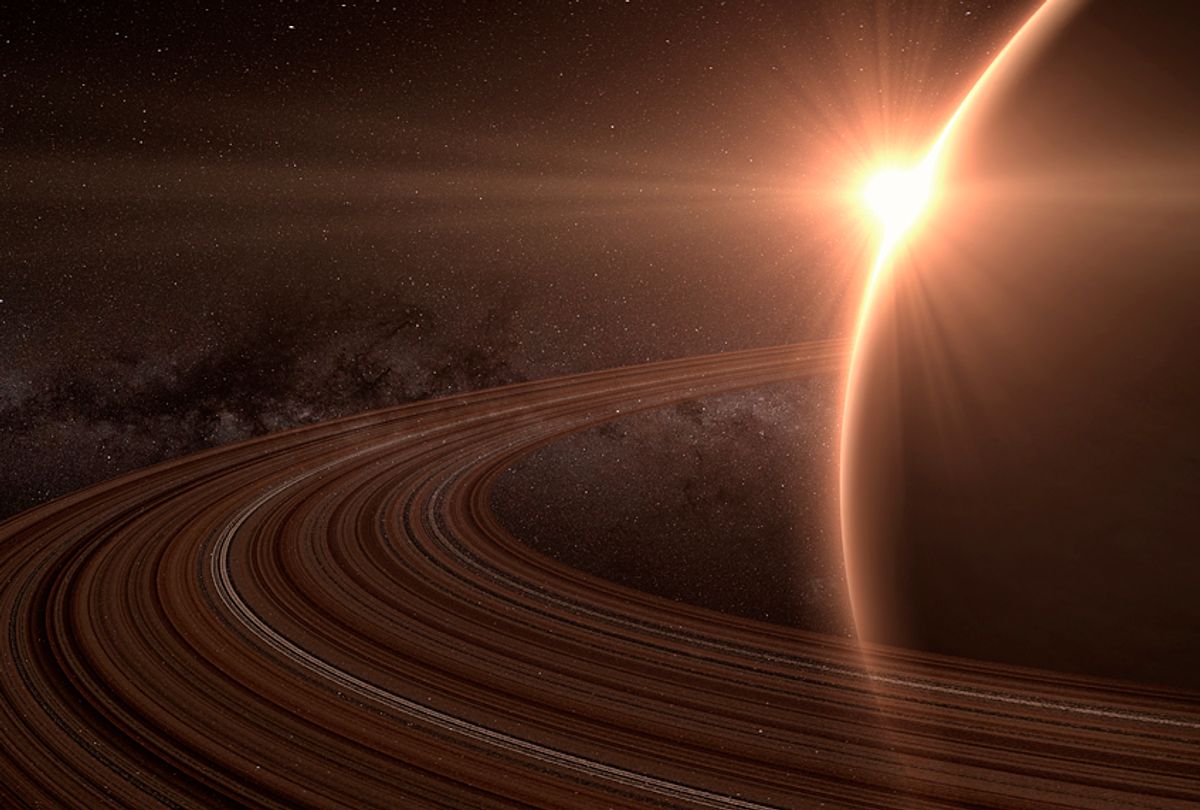 Space: Deep, dark, predominantly empty and endlessly silent, right? Well, not so much.

Thanks to a Reddit user, we're all getting a little brush up on the surprisingly symphonic nature of our solar system.

User space_cowgirl posted a collection radio waves — and, no, not sounds detectable by the human ear — collected by NASA and translated into very listenable crackles, tones and buzzes in the form of a video. It is, in its own odd way, the soundtrack to our system — the sun, the eight planets orbiting it and ex-planet and current Kuiper belt object Pluto.

The sun hits the ear as a slowly pulsing binaural beat or cosmic vacuum machine, Mercury a growling wind, Venus a cutting, deep tone and Jupiter as a lonesome, synth soundtrack to a Christopher Nolan film. Mars is chill, Saturn is distinctly not, Uranus sounds like a particularly cold New England blizzard, Neptune the interior of an airplane and Pluto comes off as the perfect backing for a quick bout of meditation.

As for our own blue dot, Earth is a collection of throbs, static and the tones of industrial cleaning machines, which is kind of fair if you think about it.

Those tones, and all of the above, are again, not sounds as humans normally hear them, but the radio patterns created when charged particles from the sun — aka the solar wind — hits the unique magnetic fields of the individual heavenly bodies (the sun, it would seem, is just a raw feed of solar wind).

As one Redditor explained, "When a charged particle like an electron travels through a magnetic field it spirals because magnetism applies a perpendicular and proportional force according to the speed and direction of the particle. Therefore spiraling electrons are undergoing acceleration because they are changing directions." The radio waves emitted by this phenomenon are then captured, fed into a computer, given sonic values and transformed into audio tracks.

None of this is music to the ears, but it is at least food for thought.

To hear the tracks individually, visit NASA. For the video, click below.