But is this just a sign of a bubble? 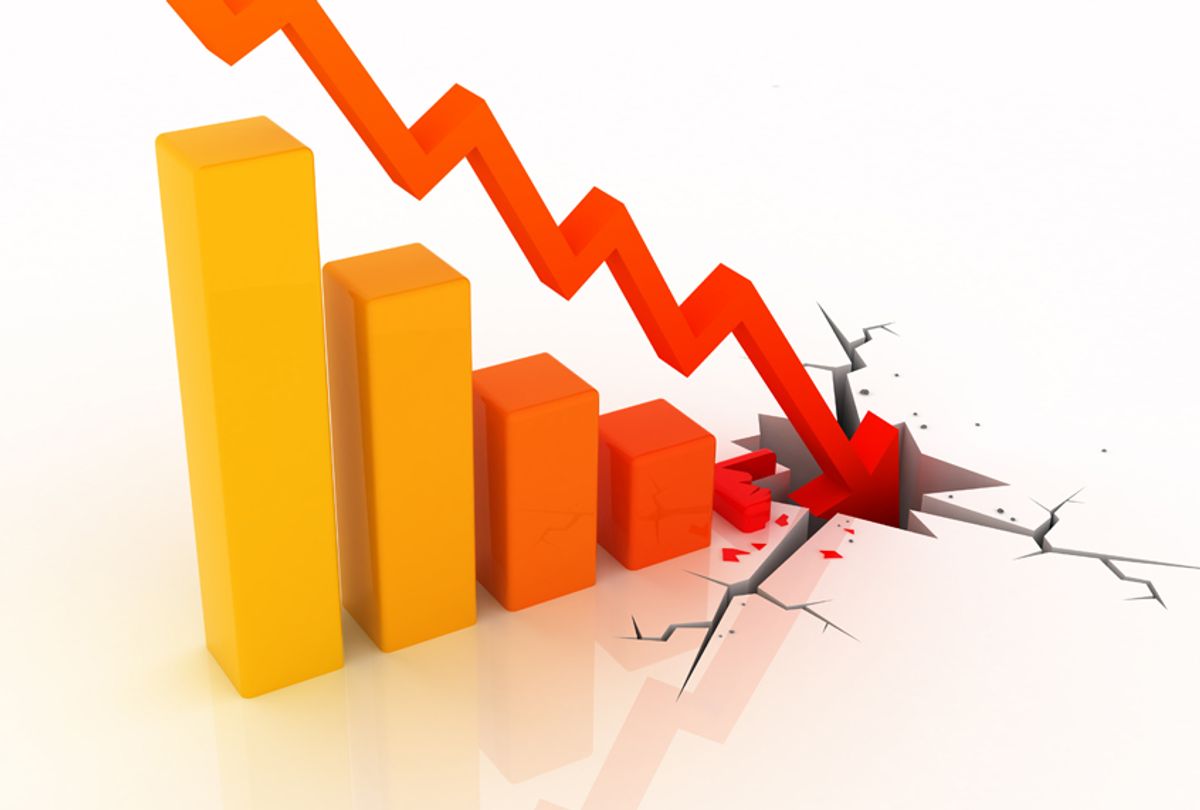 To put this in perspective: There are many people who are sitting on hundreds of thousands, if not millions, of dollars right now. If someone purchased $100 worth of Bitcoin in 2011, that person would now have $1.6 million in their CoinWallet — provided they sell today.

So, what’s driving this unprecedented surge? And is this sustainable in the long-run?

Like many economic bubbles, the reason for the the insane surge in Bitcoin — the cryptocurrency now has an estimated circulation of $250 billion — may not necessarily be based on rational behavior. Last week, a market analyst told The Guardian that the fluctuations in Bitcoin's value epitomized "the madness of crowds."

Yet some experts believe Bitcoin's sky-high exchange rate has a lot to do with the influx of investors and increased interest from established financial institutions, which give the currency a patina of mainstream legitimacy. Starting on December 11, traders on the floor of Chicago Board Options Exchange (CBOE) will be able to openly trade Bitcoin under the ticker symbol "XBT."

"Given the unprecedented interest in bitcoin, it's vital we provide clients the trading tools to help them express their views and hedge their exposure. We are committed to encouraging fairness and liquidity in the bitcoin market. To promote this, we will initially offer XBT futures trading for free,” Ed Tilly, Chairman and Chief Executive Officer of CBOE Global Markets, said in a press release.

CBOE will be the first of three U.S. markets to introduce the cryptocurrency to its trading floor. On December 18, CME Group, shorthand for Chicago Mercantile Exchange & Chicago Board of Trade, will add it to its portfolio. Likewise, it’s been reported that NASDAQ will follow suit in 2018. The digital currency has been validated by international markets in Japan and China, too.

Despite its growing appeal, it is unclear what rules and regulations Bitcoin will face. A Federal Trade Commission spokesperson told Salon that they had "no comment to make on the surge in Bitcoin value... Also the agency would not want to speculate on what it may or may not do in the future."

While the Bitcoin party hasn't ended yet, some experts are sounding the alarms, warning that the Bitcoin surge may be a financial bubble that could pop anytime.

In an interview with Bloomberg, economist Joseph Stiglitz was asked if Bitcoin could still be "viable" if it were regulated. Stiglitz was doubtful it would be, as he believes the lack of regulation surrounding the cryptocurrency is its main appeal. Bitcoin is "successful only because of its potential for circumvention, lack of oversight," Stiglitz said.