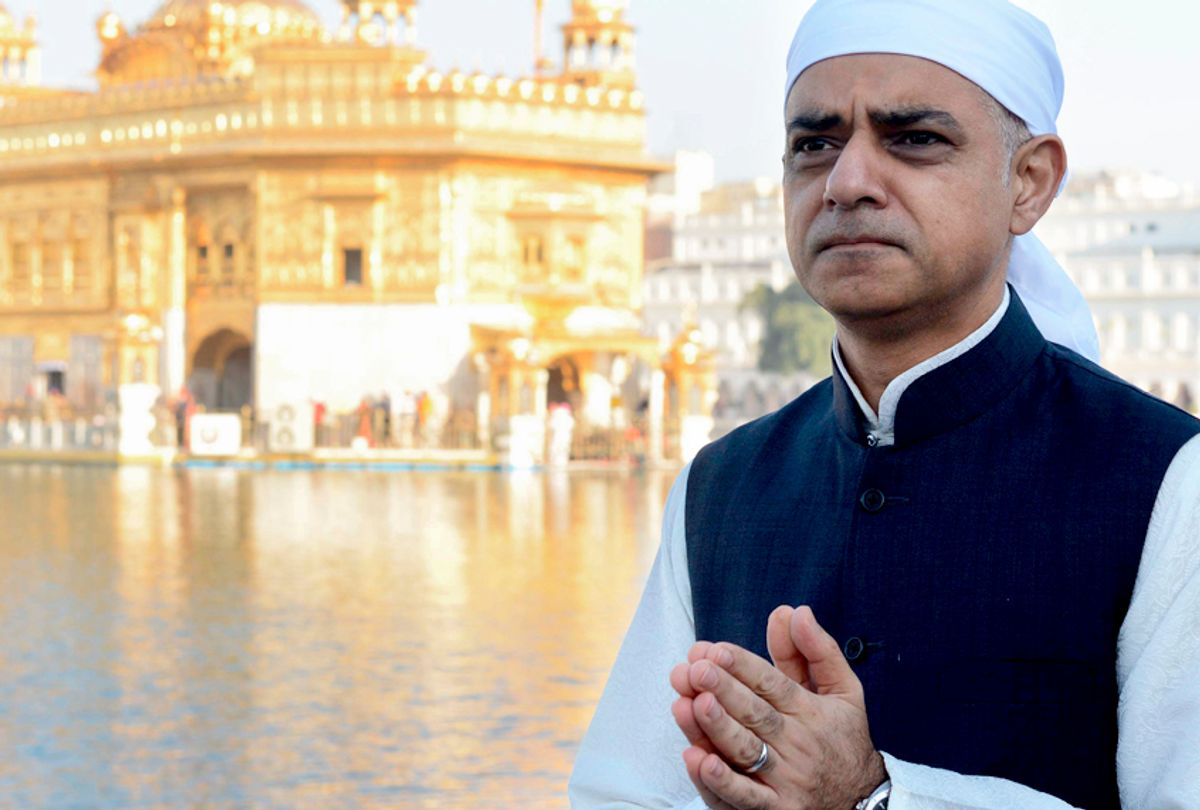 BBC News is in the midst of damage control after a reporter mistakenly asked London mayor Sadiq Khan, whose family hails from India, if his visit to Pakistan was “like coming home.” Ever the Brit, Mayor Khan smiled and quickly replied “No, home is south London, mate.”

Though his family is from the Indian subcontinent, Khan famously grew up in Tooting, after his parents moved to south London in 1968, his father working as a driver on the number 44 bus. However, a BBC spokesman claims Khan “understood the context of the question." "My family are from this part of the world, from the Indian subcontinent,” Khan had continued. "Obviously there’s an emotional connection for me, bearing in mind my connections to this great part of the world." Nevertheless, social media was less than enthused.

I sincerely doubt anyone would ask Iain Duncan Smith "how it feels to be home" on a work visit to Japan. Sadiq Khan was born and raised in South London. To even ask the Mayor of London that question is utterly shocking in its audacity. — Oz Katerji (@OzKaterji) December 7, 2017

Isn’t the context important? People of colour get told to “go home” ie leave Britain by racists, no one says that to a white Scot/Welsh

BBC reporter to @SadiqKhan in Pakistan: "Does this feel like coming home?" Sadiq: "Listen, I'm from south London mate" .... what a dumb question, underlining precisely why we need more racial diversity in @BBCNews & rest of MSM. — Lester Holloway (@brolezholloway) December 6, 2017

This is not the only recent racial blunder by the BBC. On December 1st, the network faced immense criticism after they mixed up a Japanese doctor and a Vietnamese filmmaker who were speaking on the same segment. On BBC Radio 4’s Woman’s Hour, host Jenni Murray directed a question on promoting the HPV vaccine to Trinh T. Minh-ha, a filmmaker, only to discover that BBC staff had brought the wrong person into the room.

In another misstep of late, BBC staff mistakenly used images of Amitabh Bachchan and Rishi Kapoor to accompany a story about the death of Indian film director and actor Shashi Kapoor.

Khan traveled to Wagah, on the Indian-Pakistani border on Thursday, November 7 to meet with local dignitaries. In 2016, Khan became the first Muslim mayor of a capital city in the European Union, after a racially charged campaign where conservatives attacked the mayor for false links to Islamic extremism.