We filed public records requests with all 50 governors and 22 federal agencies. Here’s what we found 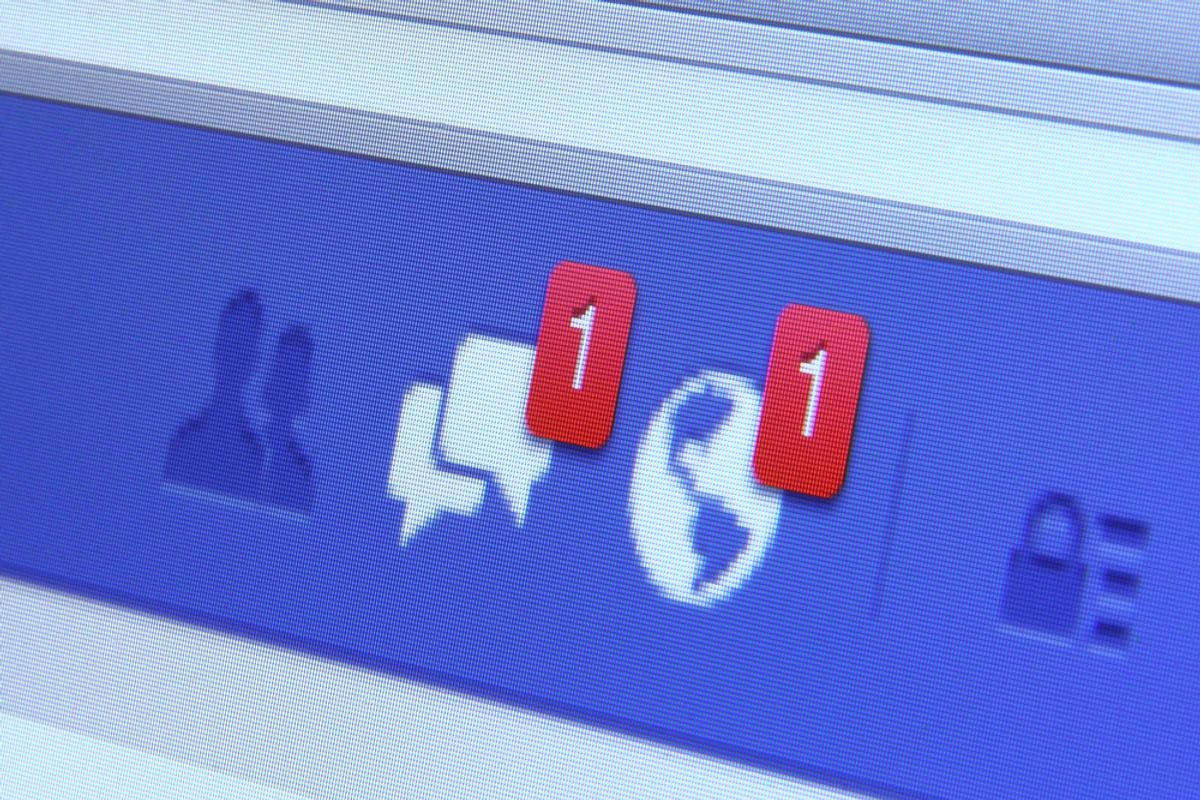 Amanda Farber still doesn’t know why Maryland Gov. Larry Hogan blocked her from his Facebook group. A resident of Bethesda and full-time parent and volunteer, Farber identifies as a Democrat but voted for the Republican Hogan in 2014. Farber says she doesn’t post on her representatives’ pages often. But earlier this year, she said she wrote on the governor’s Facebook page, asking him to oppose the Trump administration’s travel ban and health care proposal.

She never received a response. When she later returned to the page, she noticed her comment had been deleted. She also noticed she had been blocked from commenting. (She is still allowed to share the governor’s posts and messages.) 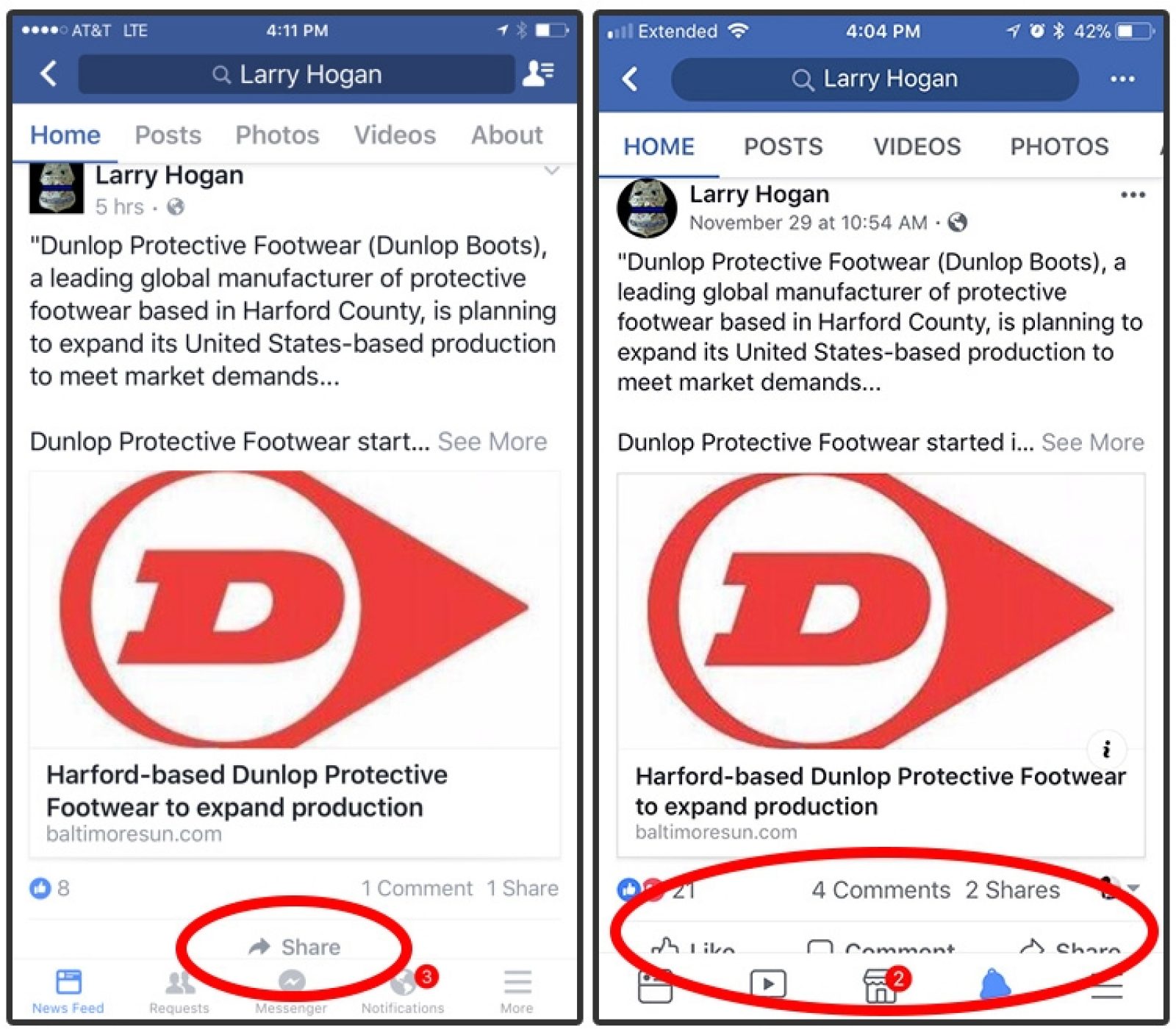 Farber has repeatedly emailed and called Hogan’s office, asking them to remove her from their blacklist. She remains blocked. According to documents ProPublica obtained through an open-records request this summer, hers is one of 494 accounts that Hogan blocks. Blocked accounts include a schoolteacher who criticized the governor’s education policies and a pastor who opposed the governor’s stanceagainst accepting Syrian refugees. They even have their own Facebook group: Marylanders Blocked by Larry Hogan on Facebook.

In August, ProPublica filed public-records requests with every governor and 22 federal agencies, asking for lists of everyone blocked on their official Facebook and Twitter accounts. The responses we’ve received so far show that governors and agencies across the country are blocking at least 1,298 accounts. More than half of those — 652 accounts — are blocked by Kentucky Gov. Matt Bevin, a Republican.

Four other Republican governors and four Democrats, as well as five federal agencies, block hundreds of others, according to their responses to our requests. Five Republican governors and three Democrats responded that they are not blocking any accounts at all. Many agencies and more than half of governors’ offices have not yet responded to our requests. Most of the blocked accounts appear to belong to humans but some could be “bots,” or automated accounts.

When the administrator of a public Facebook page or Twitter handle blocks an account, the blocked user can no longer comment on posts. That can create an inaccurate public image of support for government policies. (Here’s how you can dig into whether your elected officials are blocking constituents.)

ProPublica made the records requests and asked readers for their own examples after we detailed multiple instances of officials blocking constituents.

We heard from dozens of people. The governors’ offices in Alaska, Maine, Mississippi, Nebraska and New Jersey did not respond to our requests for records, but residents in each of those states reported being blocked. People were blocked after commenting on everything from marijuana legislation to Medicaid to a local green jobs bill.

For some, being blocked means losing one of few means to communicate with their elected representatives. Ann-Meredith McNeill, who lives in western rural Kentucky, told ProPublica that Bevin rarely visits anywhere near her. McNeill said she feels like “the internet is all I have” for interacting with the governor.

McNeill said she was blocked after criticizing Bevin’s position on abortion rights. (Last January, Bevin’s administration won a lawsuit that resulted in closing one of Kentucky’s two abortion clinics, the event that McNeill says inspired her comment.)

In response to questions about its social media blocking policies, Bevin’s office said in a statement that “a small number of users misuse [social media] outlets by posting obscene and abusive language or images, or repeated off-topic comments and spam. Constituents of all ages should be able to engage in civil discourse with Gov. Bevin via his social media platforms without being subjected to vulgarity or abusive trolls.” McNeill told ProPublica, “I’m sure I got sassy” but she made “no threats or anything.”

Almost every federal agency that responded is blocking accounts. The Department of Veterans Affairs blocked 18 accounts as of July, but said most were originally blocked before 2014. The blocked accounts included a Michigan law firm specializing in auto accident cases and a Virginia real estate consultant who told ProPublica she had “no idea why” she was blocked. The Department of Energy blocked eight accounts as of October. The Department of Labor blocked seven accounts. And the Small Business Administration blocked two accounts, both of which were unverified and claimed to be affiliated with government loan programs.

Many governors and agencies gave us only partial lists or rejected our requests altogether. Outgoing Kansas Gov. Sam Brownback’s office told us they would not share their block lists due to “privacy concerns for those people whose names might appear on it.” Alabama declined to provide public records because our request did not come from an Alabama citizen.

Missouri Gov. Eric Greitens’ office declined to share records from his Facebook or Twitter accounts, arguing they are not “considered to be the ‘official’ social media accounts of the Governor of Missouri” because he created them before he took office.

Increased attention on the issue of blocking seems to be having an impact. In September, the California-based First Amendment Coalition revealed that California Gov. Jerry Brown, a Democrat, had blocked more than 1,500 accounts until June, shortly before the organization submitted a request for his social media records.

At some point before fulfilling the coalition’s request, Brown’s office unblocked every account.

@IndivisibleVT We appreciate you bringing this to our attention. We've removed the block, please see the attached response. pic.twitter.com/jX7QdfL1Fi

Wisconsin Gov. Scott Walker’s office unblocked at least two Facebook users after receiving ProPublica’s request. Here are screenshots they sent us showing that the users have been unblocked:

In the last year, a series of legal claims have called into question the legality of government officials blocking constituents on social media.

At least one federal district court held that government officials who block constituents are violating their First Amendment rights.

Constituents have pending lawsuits against the governors of Kentucky, Maine and Maryland, as well as Rep. Paul Gosar, R-Ariz., and President Trump.

We asked the White House, which is not subject to open-records laws, to disclose the list of people Trump is blocking. Officials there have not responded.

Reporting and research was contributed by Alison Gregor and Charles Ornstein.