Cop explodes when told he has white male privilege

The cop complained he found his colleague’s comment “extremely offensive" 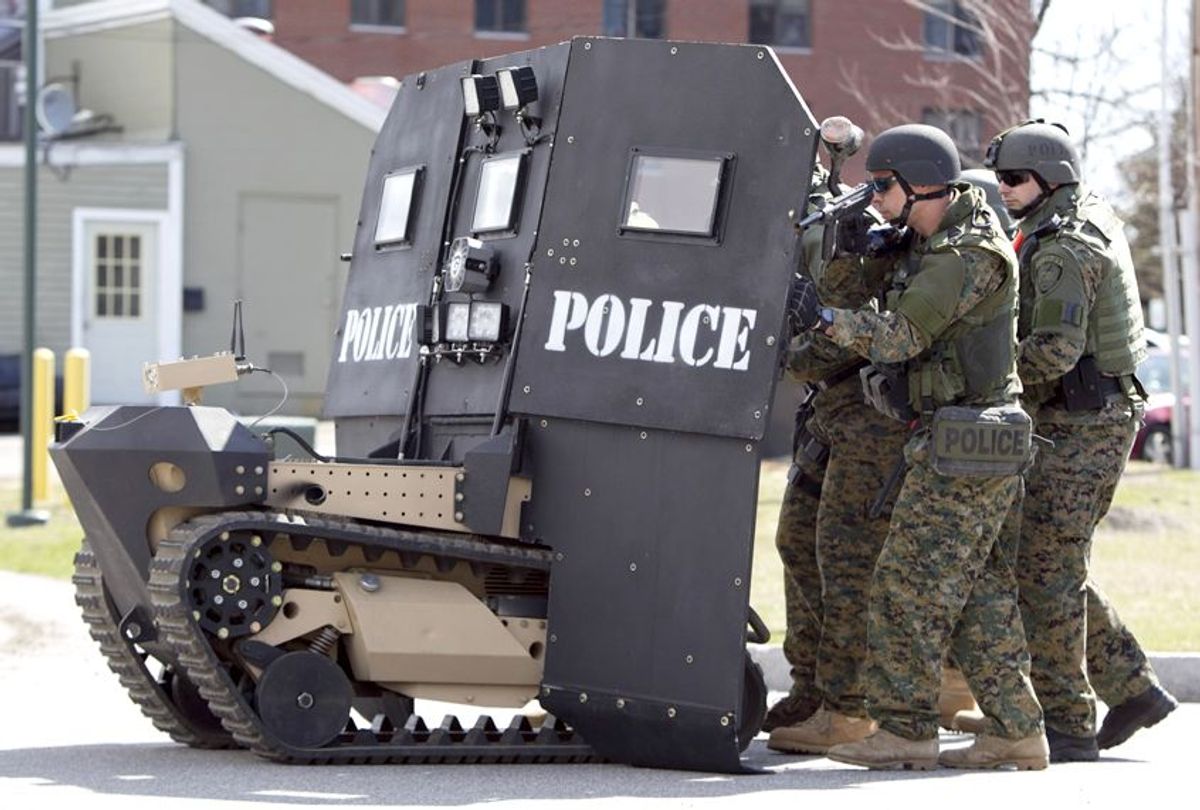 Many white men struggle to acknowledge their privilege, even when confronted by the very groups at whose expense they benefit. For evidence, one need look no further than Plainfield, Indiana, where Captain Carri Weber of the Plainfield Police Department has been suspended after challenging a white male colleague with three little words.

At the time of the incident, the two officers were at a police training session focused on justice issues related to the transgender community. After the session’s facilitator revealed to the officers that transgender individuals are three times more likely to experience police violence during a given interaction with law enforcement, one male officer took exception, demanding to know where that statistic came from.

“That’s not even accurate,” he said. “Because if you can’t have a basis for where the number comes from and what the situation is... are they more likely to be in this situation than somebody who’s not transgendered?... I’m just saying, my wife has never been part of police violence. Most of the people I know have never accused the police of violence. So I guess I don’t get where that statistic comes from.”

Weber suggested, accurately, that he wouldn't know because of his "white male privilege."

Outraged, the officer shouted: “Chief, are you gonna let her get away with that?”

But he didn't stop there.

“Seriously? I’m asking a legitimate question here, and I’m getting taught white privilege? Are you serious?" he raged. "I find that extremely offensive.”

After the conclusion of an educational video, Officer White Privilege walked to the front of the room and demanded retribution for Weber’s “extremely offensive” comment, talking over the police chief as she tried in vain to continue with the training session.

He later filed a complaint against Weber, claiming, "I was racially and sexistly [sic] slurred by Captain Carri Weber while I was asking a question of the instructor in training. I am now firmly aware of the discriminatory belief she just verbally communicated. There is no place in the Plainfield Police administration or supervision for someone who holds and espouses her discriminatory views."

Officer White Privilege got his way. Weber was placed on administrative leave, and the Plainfield Police Board of Commissioners will vote Thursday as to whether she will be reinstated, according to WRTV.

At a time when many police go unpunished for shooting down innocent black men, it’s insane that an officer could be suspended for trying to educate her colleagues on police violence—especially when it's indisputable that transgender individuals suffer higher rates of police brutality, as organizations like the Anti-Violence Project, National Center for Trans Equality, Human Rights Campaign and numerous others have reported.