"What am I detained for," the comedian can be heard saying to Miami police in a video 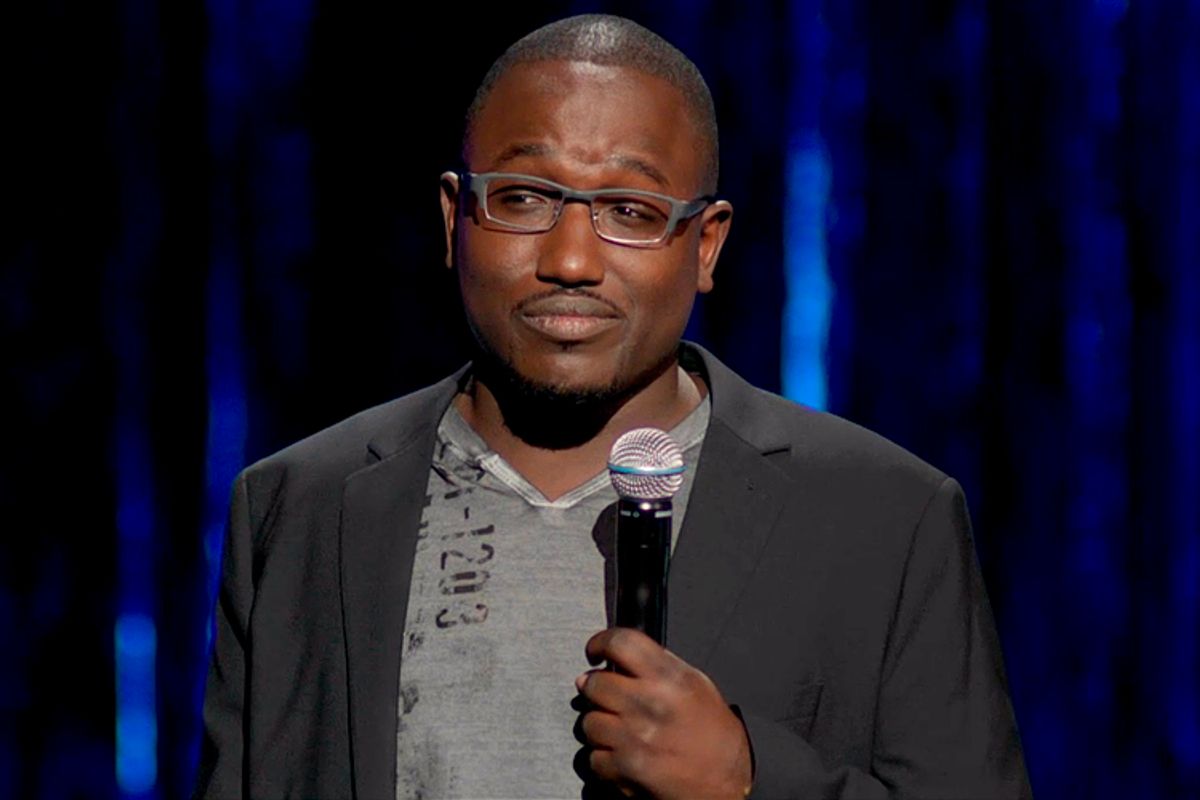 Actor and comedian Hannibal Buress was arrested in Miami on Saturday night — and the entire incident was reportedly caught on camera.

The Miami Herald reports that Burress was arrested around 10:30 p.m. near Wynwood, which is currently hosting events during Miami Art Week. A video circulated on social media showed the comedian handcuffed and asking officers why he was being detained.

“Am I under arrest? For what?” Buress yells in the video. “Explain what I’m detained for. What I am detained for?”

"For trespassing," one of the officers says in the video.

When one officer told Buress he was making the process harder, Burress responded: “No, you’re making it harder.”

“He’s just salty because I roasted his ass. You don’t have probable cause for anything, and you’re looking hella stupid right now,”  Buress said.

The 34-year-old “Broad City” actor was charged for misdemeanor disorderly intoxication. The comedian was released early Sunday morning after posting a $500 bond.

Exactly what led to Buress being put in handcuffs was unclear initially. Buress can be seen in the video recording refusing to get in the police car, forcing the arresting officers to push him inside the patrol unit.

Meanwhile, a crowd of onlookers can be heard heckling cops and trying to defend the comedian.

The hashtag #freeHannibalBuress started trending on Twitter after the arrest.

Watch the video of Buress’ arrest below.