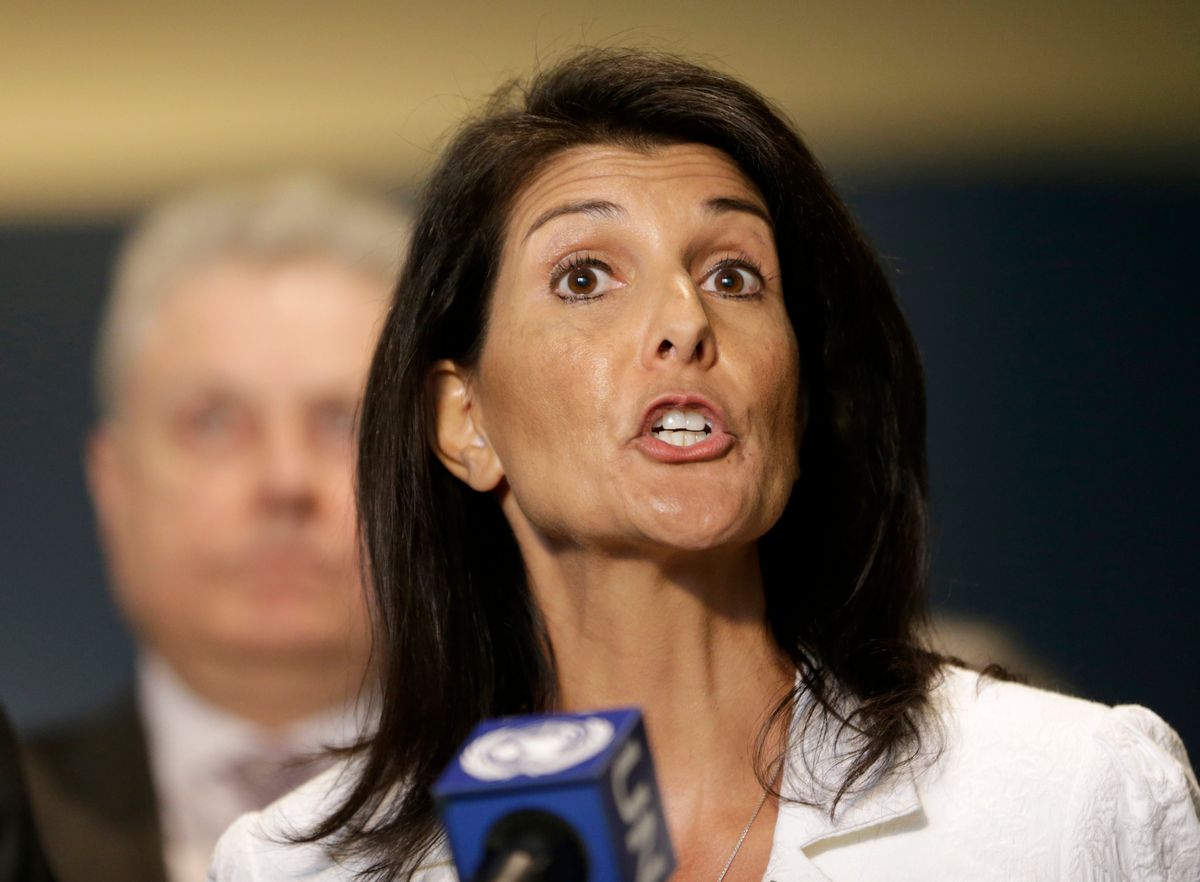 FILE - In a Monday, March 27, 2017 file photo, United States Ambassador to the United Nations Nikki Haley speaks to reporters outside the General Assembly at U.N. headquarters. Haley said Sunday, April 2, 2017, in an interview aired Sunday on ABC’s “This Week” there’s no question Russia was involved in the U.S. presidential election and that the actions of the Kremlin will be addressed after the investigations are completed. ((AP Photo/Seth Wenig))
--

The White House has continued to defend President Donald Trump from 16 allegations of sexual harassment and assault by pointing to his election as the final word on the matter. Diverging from the administration line on Sunday, Trump’s own ambassador to the United Nations said that the women who accuse the president of sexual misconduct “should be heard.”

"They should be heard, and they should be dealt with," Nikki Haley told CBS’ John Dickerson. "And I think we heard from them prior to the election. And I think any woman who has felt violated or felt mistreated in any way, they have every right to speak up."

White Press Secretary Sarah Sanders has denied all of the dozen-plus claims against Trump and said Thursday that "the people of this country addressed" the allegations when they elected him.

“I know that he was elected, but women should always feel comfortable coming forward. And we should all be willing to listen to them,” Haley responded on CBS’ “Face the Nation.”

Haley, who was the first female governor of South Carolina, applauded women who have already come forward.

A wave of allegations of sexual harassment have brought down powerful politicians this week, including the resignations of Rep. John Conyers Jr., D-Mich., Rep. Trent Franks, R-Ariz., and Sen. Al Franken, D-Minn.

Last October, Trump said all his accusers would be sued after the presidential election.  He’s recently dismissed the allegations as “totally fake news” and “made-up stuff.” Now one of his accusers, Summer Zervos, is pursuing a defamation lawsuit against him.