Social media was heartbroken over the boy's comments about bullies, but that was before claims of racism and greed 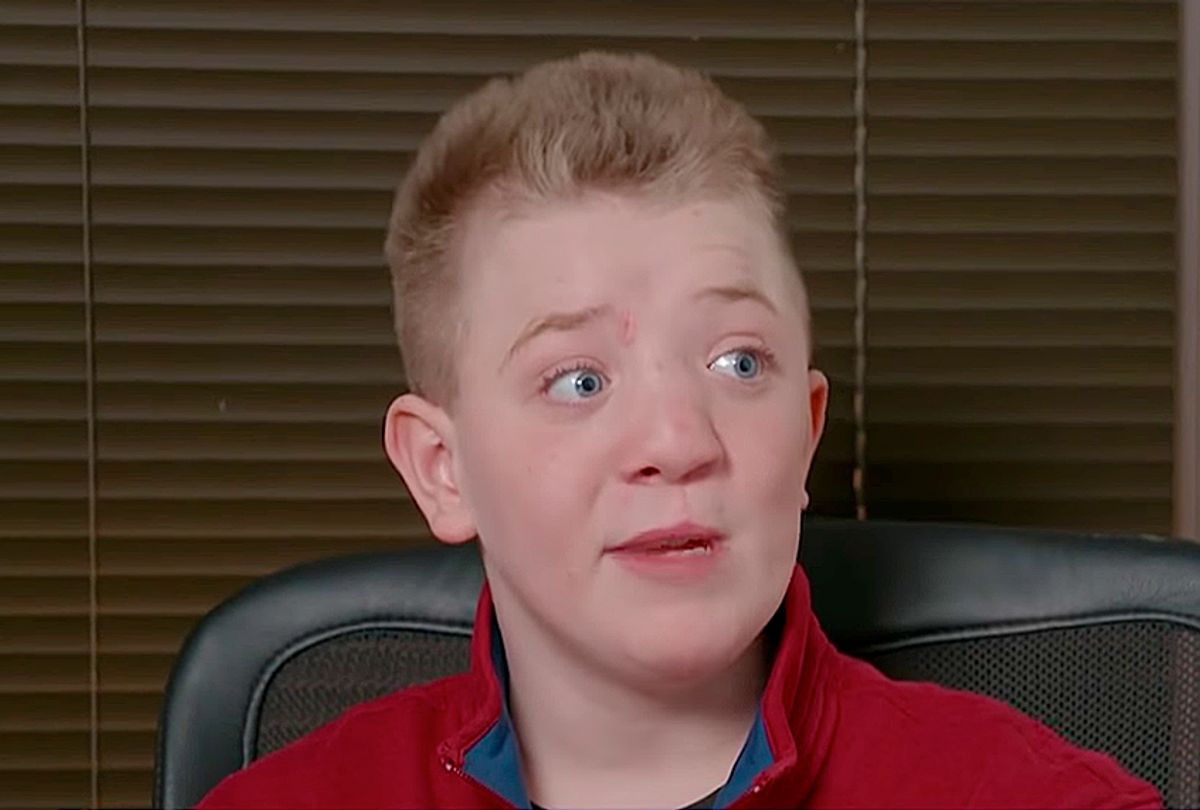 A video of an 11-year-old boy from Knoxville, Tennessee talking about bullying was taken down from his mother's Facebook page Monday after going massively viral, Deadline reported. The video, featuring Keaton Jones, was viewed over 20 million times on Facebook before disappearing.

The clip, filmed and posted to Facebook over the weekend by his mother Kimberly Jones, showed Keaton devastated and crying while describing several experiences of bullying he suffered from other kids at school. He said children made fun of his nose and called him ugly, insulted him for not having friends and even poured milk on him one day during lunch.

Jones broke down into tears, but managed to finish the video with an uplifting message: "People that are different, don't need to be criticized about it," Jones said. "It's not their fault. But if you are made fun of, don't let it bother you, stay strong I guess."

It was a moving video, and its message about the trauma of childhood bullying resonated with many. Celebrities lent their support all over social media, from Lebron James to Justin Bieber to Jennifer Lopez. Even Sean Hannity and Kellyanne Conway weighed in, albeit with their usual selective nuance.

Someone also started a GoFundMe page for Jones, which raised close to $60,000. The creator wrote under the page's description: "Over 3.2 million kids are bullied annually. 160,000 kids on a daily basis skip school out of fear from being bullied. They just want to be accepted and to be able to learn in a safe enviroment [sic]."

Joseph Lam, who created the campaign on behalf of Jones' mother, acknowledged that money won't solve the nationwide problem that is childhood bullying. Still, he said financial support could help Jones further his education.

But things took a turn once social-media users began to probe more into Kimberly's past Facebook activity. Before Kimberly posted the heartbreaking video of her son Keaton, she published at least two pictures of herself and her children brandishing Confederate flags. She was also apparently against the NFL players who protested police brutality and racial injustice during the national anthem.

People were quick to point out the irony of a woman using her son's experiences to make a statement about bullying, when, as her Facebook posts revealed, some of her own politics were rooted in racism and discrimination.

In response to the criticism, Kimberly told CBS "This Morning," "The only two photos — the only two photos on my entire planet that I am anywhere near a Confederate flag. It was ironic," she said, claiming there was no racist intent behind the photos. "I’ve said I spent most of my life being bullied and judged because I wasn’t racist."

Similarly, Kimberly told ABC News' "Good Morning America," "I feel like anybody who wants to take the time to ask anybody who I am or even troll through some other pictures, I mean I feel like we're not racist. I mean, people that know us, know that."

For many, the damage was done. Others have suggested that Keaton Jones may himself be a bully and racist, while the principal of his school claimed that bullying there is "not as rampant as the video would have you believe." Even Lam seemed to want to distance himself from Kimberly Jones to an extent, writing "THIS IS NOT ABOUT THE MOM!!"

He continued, "However passing judgement on her before you know her is a form of bullying. Condemnation before evaluation is the ultimate form of ignorance. I can't even say for sure that any of whats [sic] being said is true. I don't know the family personally and never claimed to have known them." He has since stopped allowing people to donate or comment on the page.

As well, MMA fighter Joe Schilling posted a video in which he claims that he spoke to Jones and that, "she just wants money." He added, "Make your own judgement on that. Sad."

On Monday, Jones' sister Lakyn posted to Twitter: "My family will continue to support each other. You all can hate and tweet all you want but our faith cant be shaken."

My family will continue to support each other. You all can hate and tweet all you want but our faith cant be shaken

While Jones' posts undoubtedly complicate the story, some celebrities on social media continued to show support for Keaton, highlighting the fact that he can't choose his family.