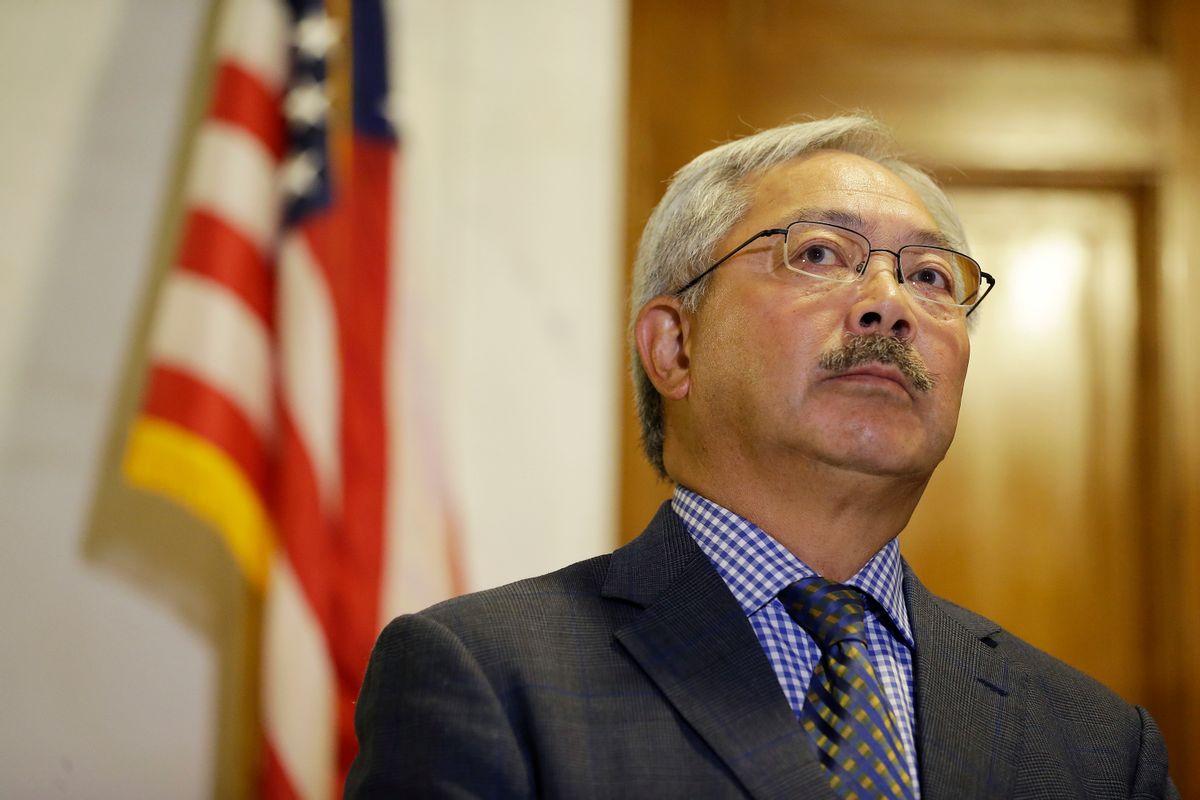 San Francisco's first Asian-American mayor, and established civil rights lawyer, died at the age of 65 on Tuesday due to cardiac arrest, according to multiple news reports.

"It is with profound sadness and terrible grief that we confirm that Mayor Edwin M. Lee passed away on Tuesday, December 12 at 1:11 a.m. at Zuckerberg San Francisco General Hospital. Family, friends and colleagues were at his side," a statement from his office said. "Our thoughts and prayers are with his wife Anita, his two daughters, Brianna and Tania, and his family."

Lee became the city's mayor in January 2011, at first just as an interim replacement, following a vote by the Board of Supervisors, according to The New York Times. Former Mayor Willie Brown said Lee suffered from cardiac arrest on Monday night, according to KGO-TV.

Lee was known for his embrace of so-called sanctuary cities and for his fight to reduce homelessness.

Lee reluctantly held the position and expressed he didn't want "to hold the job on a permanent basis" but ran in the election in 2011 and won. Under San Francisco rules, the president of the Board of Supervisors, London Breed, will now serve as the acting mayor.

I have known Mayor Lee for a decade. On a personal level, he was a kind and decent man who treated everyone with respect. I am in shock. https://t.co/hb3hNC11Dp

2. London Breed, the President of the SF Board of Supervisors, is now Mayor of San Francisco. She is the first black woman Mayor of SF and I believe the first to grow up in public housing. Last time this happened was when Mayor Moscone was killed and Dianne Feinstein became Mayor pic.twitter.com/ky2YG2TThi — Yashar Ali 🐘 (@yashar) December 12, 2017

Breed is due to take over immediately and will become the first black woman to serve as mayor in San Francisco's history.