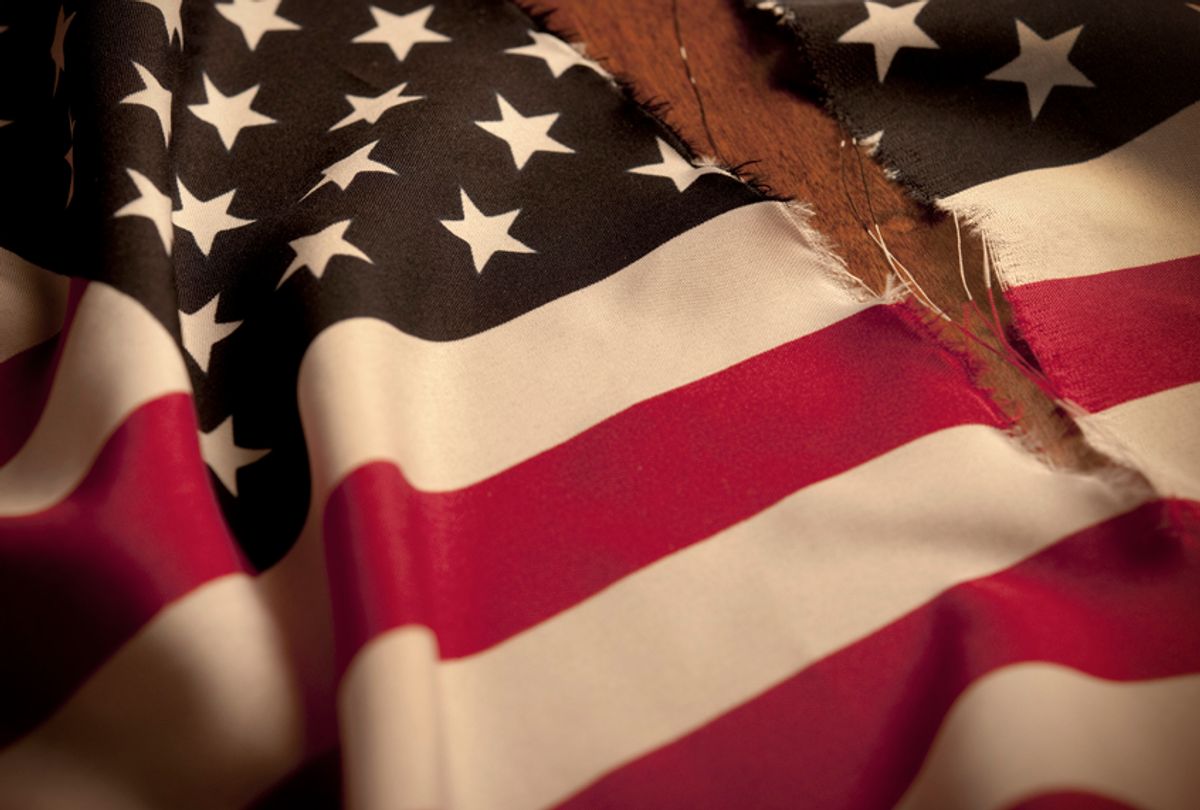 I had a nightmare some years ago. I had moved from Los Angeles to a southern state that had gone from marginally purple to bright red in the last election. The Republicans held the governorship and both houses of the legislature for the first time in generations, and every day you could pick up the paper and watch them go to work. They didn’t have a state income tax, and most of the state revenue was raised by sales taxes, and a weak economy had caused those to come up short recently, so what did they do? They raised the state sales tax on groceries. That’s right, they raised taxes on food. While they were at it, they raised taxes on drugs. So poor and middle class people in the state would pay more taxes to feed their children and to keep them healthy. But they weren’t finished. They cut funding for education, they cut funding for infrastructure repair, they cut funding for health care, and when Obamacare passed, they refused the funding it offered that would have increased enrollment in the state Medicaid program, causing funding to be cut to hospitals all over the state, and at least seven rural hospitals to close.

There came a night when I woke up sweating from a nightmare. It came to me in a dream that there was a plan behind all of this, an overall design to actually harm the lives of a certain number of citizens in the state. In my nightmare, there was a room where a bunch of men sat around and talked about this stuff. They knew what they were doing. They knew what the results would be. They planned out the bills and the votes, and they passed the laws, and then they carried them out.

Somehow I managed to get myself back to sleep, but when I woke up, I remembered the nightmare vividly. I had a friend who lived in a state in the Midwest who had been involved in politics his entire adult life. I decided I would call him and tell him my nightmare and ask if any of it could be true. Could one political party actually have a plan to harm the citizens ? Was I going crazy?
I asked him, could my nightmare be true? Absolutely, he said. He began describing the county where he lived. He had been on the school board for many years, one of three Democrats on board controlled by a Republican majority. This was a wealthy suburban county with a healthy tax base and a school budget that was in excellent shape every year. What could be wrong with that? Well, the county had enough money that they could fund a study of the problems their schools faced and come up with a program to fix stuff like graduation rates and reading and math scores. Their data in past studies was good enough that had tried funding some solutions, and they worked. If they spent this much, they could increase graduation rates by ten points. If they spent that much, they could increase reading scores at fourth and eighth grade levels.

Then the Republicans reached their limit. They knew that spending another few hundred per student per year would yield specific improvements in graduation rates, the numbers of students who would qualify for college, and so forth. But businesses needed a certain number of high school drop-outs to fill minimum wage jobs. They needed a population with a certain percentage that hadn’t gone to a four year college and would take low-wage jobs. They needed, in short, an underclass, and spending more on education wouldn’t yield one that was large enough. So there they stood with identifiable and achievable goals in front of them.

My friend told me that privately Republicans would admit what they were doing. But they never talked about it publicly. They didn’t for office stating their goals. They came up with other stuff to motivate their voters, “values” issues, “education” issues like school choice and charter schools and vouchers, attacks on the teachers’ union. Behind the scenes, however, they were voting to keep a certain number of their fellow citizens undereducated. They were using their votes to maintain a class of people whose labor would help to make the people who they served rich. It wasn’t cynical. It was purposeful.

Republicans aren’t a political party anymore. They’re the American Taliban. They’ve set out to lay waste to America as we’ve known it, and it’s gotten a lot harder to keep up with them, hasn’t it? The evil buggers have been nibbling away at us like ducks for so long there is hardly any flesh left on our bones. The latest scam they came up with was as predictable as it was venal. The “deficit hawks” in the Republican party who wouldn’t pass a single bill during the eight years Obama was in the White House unless it was “paid for” are in a so-called conference committee splitting hairs over how many trillions they’re going to add to the national debt.
Meanwhile, their gimlet-eyed death ferret speaker of the house just announced plans last week to lay waste to “entitlements.” You remember “entitlements,” don’t you? Those are the programs you actually pay for with your payroll taxes, Social Security and Medicare, which aren’t entitlements at all, but rather the federally established insurance policies that protect the elderly against poverty and disease.

“We’re going to have to get back next year at entitlement reform, which is how you tackle the debt and the deficit,” the Death Ferret said while being interviewed on a radio talk show. Medicare and Medicaid “are the big drivers of the debt” Speaker Paul Ryan explained. “That’s where the problem lies, fiscally speaking.”

Do you see the genius at work here? I mean, just look at them! First they pass a so-called “tax cut” that actually raises taxes on tens of millions of lower and middle class Americans while cutting taxes on millionaires and billionaires and adding trillions to the deficit. Then they use the increase in the deficit to justify cutting the two federal programs that actually work to aid the people whose taxes they just raised.

They do have a plan. We’ve spent the last 10 months watching them carry it out. Part of the plan is to overturn every single thing Democrats did under Obama. They wanted to repeal the Affordable Care Act completely. When squabbling amongst themselves put that out of reach, they started nibbling at it. The tax bill includes a provision they’re currently arguing over that would do away with the insurance mandate that would could potentially end coverage of pre-existing conditions.

They’re not stopping there.They aren’t even pretending anymore. They’re running on this stuff. Suppress the votes of fellow citizens who are black, latino, and poor? Check. Keep them in poverty by refusing to raise the $7.25 minimum wage? Check. Allow owners of restaurants to collect tips and dole them out any goddamn way they want? Check. Take away the ability of teachers to deduct money they spend out of their own pocket to help educate their students? Check. Tax contract workers’ income at regular rates while taxing owners’ pass-through income at lower rates? Check. Lower corporate tax rates while raising workers’ taxes? Check. Repeal the Johnson Amendment so billionaires could make tax-deductible “donations” to churches which could turn around and spend the same money on political campaigns? Check. Make it harder for workers to file discrimination suits? Check. Make it easier for polluters to foul the air and water? Check. Appoint a Secretary of Education who wants to privatize public education? Check. Allow billionaires to deduct certain expenses for their Gulfstreams? Check. Leave in place laws that allow offshore trusts and other tax avoidance schemes used by millionaires and billionaires? Check. Prepare the upcoming 2020 Census so it will provide a population count ripe for corrupt gerrymandering? Check. Pass an insane law that will enable lunatics to carry concealed guns across state lines into places where concealed-carry is illegal? Check.
It’s not a nightmare, it’s a goddamned political program, and they don’t need Donald Trump to carry it out. Everything we’ve seen over the last month proves that every Republican currently breathing oxygen stands foursquare behind this stuff. If they were willing to support Roy Moore’s failed campaign for United States Senate, they’ll do anything. They’re in it for the long haul and they won’t stop. They’ll nibble at our democracy until it’s a skeleton lying in a globally-warmed desert somewhere in a formally blue state where it used to rain.