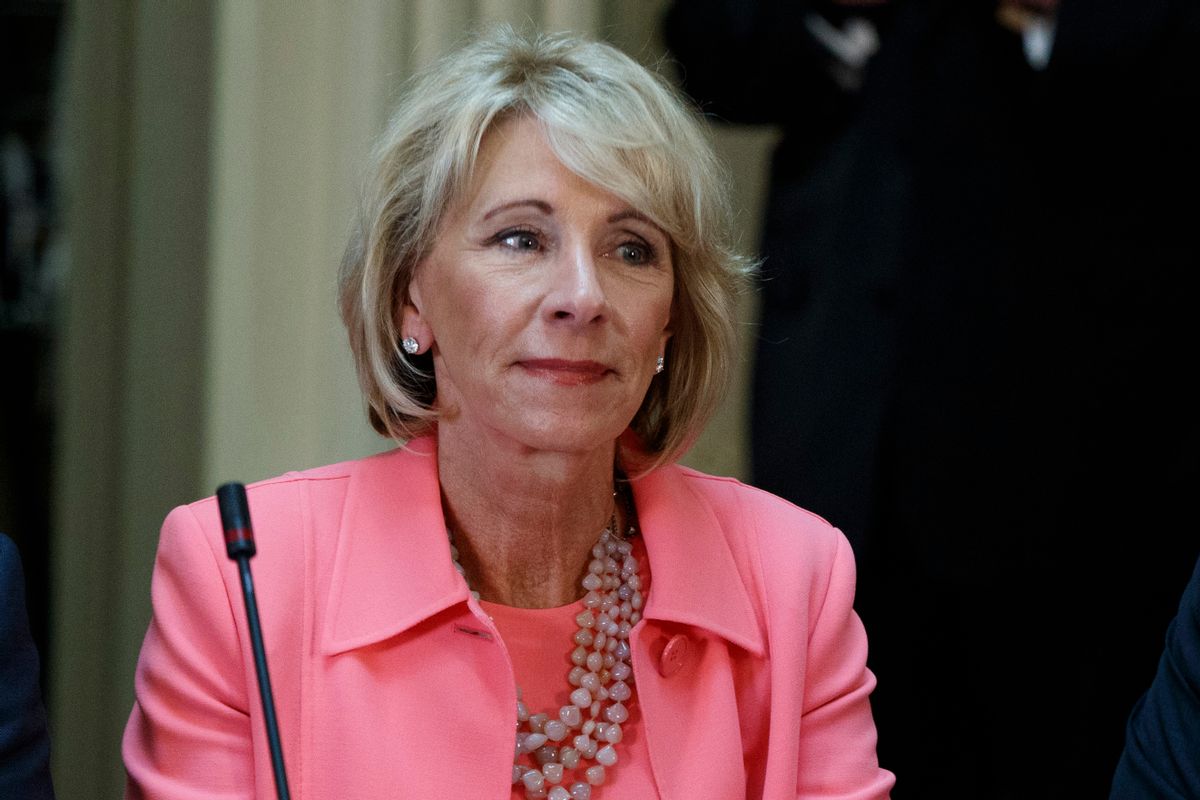 The U.S. Department of Education put a halt on student loan debt cancellations for student who were victims of fraud by for-profit colleges — leaving many students in the dark about their loan status, without an official announcement, according to a new Reuters report.

The debt cancellations were first approved in former President Obama’s final months of office and aimed to reconcile loans given to those who attended California’s Corinthian Colleges, including the Heald, Wyotech and Everest campuses, which collapsed in 2015.

According to the report, Betsy DeVos has also officially halted existing cancellations after months of speculation and concern. Senator Patty Murray, D-Wash., spoke out about the matter, attacking DeVos and her decision.

“Hundreds of thousands of students were defrauded and cheated by predatory colleges that broke the law, but today’s report confirms Secretary DeVos tried to shirk her responsibility to these students and shut down the borrower-defense program, leaving them with nowhere to turn,” Murray, the senior Democrat on the Education Committee, told Reuters.

The Corinthian institutions closed their doors in 2015 after a series of federal investigations which concluded that they had been lying to students about job placement rates and engaging in predatory lending practices. Students showed up for class to find that classes were no longer in session, leaving many with meaningless or incomplete degrees and a mountain of debt. Over 40,000 students have reportedly been scammed.

Many victims have publicly shared how their accumulated debt has affected their lives.

In June, when the news first broke about the speculated cancellation, Christina Enriquez told the San Jose Mercury News that she was unaware of the debt she was getting herself into when she signed for a loan to send her daughter to medical school at Heald College in Salinas, California. She said the school never helped her daughter, Melissa, get a job as they had promised. Her outstanding $15,000 debt remains a hindrance in her life and disrupted her life plans.

“It stopped me from getting married,” she told the Mercury News. “I refused to marry my boyfriend because I was afraid this was going to haunt him.”