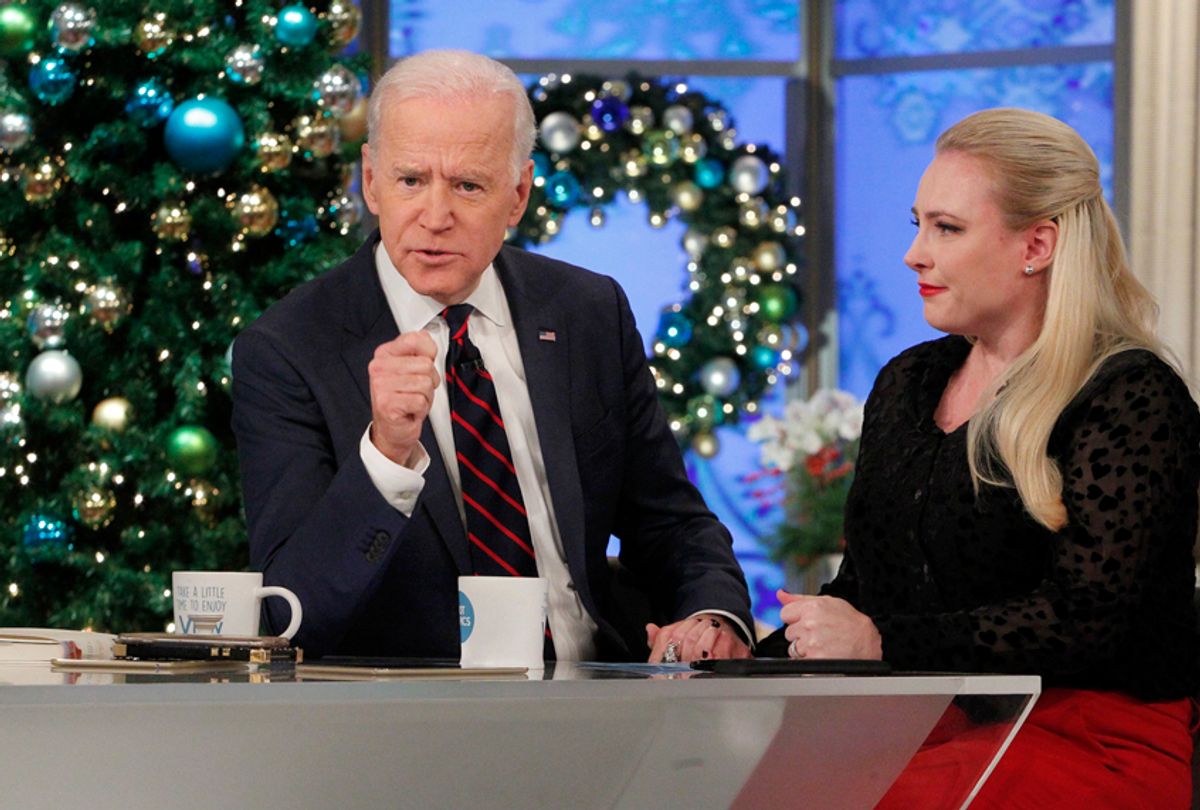 Joe Biden and Meghan McCain on "The View" (ABC/Lou Rocco)
--

Joe Biden reached across the aisle in a completely different way on Wednesday’s episode of "The View," comforting Senator John McCain’s daughter, co-host Meghan McCain, who's father is now fighting cancer. Biden’s son, Beau, died in 2015 of the same brain cancer that Senator McCain was diagnosed with in July 2017.

"There is hope. And if anybody can make it, your dad [can]," Biden said to a crying Meghan, who asked what advice he’d give to families dealing with cancer, before breaking down. Biden began comforting her and describing how Senator McCain was a big inspiration to Beau in the past.

Biden also described a tumultuous friendship between himself and Senator McCain, saying they are like brothers from different fathers with different political perspectives.

"Her dad goes after me hammer and tongs," he said.

"Her dad is one of my best friends,” Biden said. "I know, and I mean this sincerely and I’ve said it [ . . . ] even when your dad got mad at me [and] said I should get the hell off the ticket," he said of when the former Vice President took on Senator McCain's presidential campaign along with President Barack Obama.

"I know if I picked up the phone tonight and called John McCain tonight and said 'John I’m a Second and Vine in Oshkosh and I need your help, come,' He’d get on a plane and come. And I would for him, too."

In emotional moment on @TheView, Joe Biden consoles Meghan McCain, whose father was diagnosed with same cancer Biden's late son Beau had. "There is hope. And if anybody can make it, your dad [can]." pic.twitter.com/tQUy11X5sV

Senator McCain was diagnosed with glioblastoma in July, only weeks before his vote sunk the "skinny repeal" of Obamacare.

The Biden Cancer Initiative works to "develop and drive implementation of solutions to accelerate progress in cancer prevention, detection, diagnosis, research, and care, and to reduce disparities in cancer outcomes."