In the New York Times, Hayek details numerous experiences of harassment and abuse during the filming of "Frida" 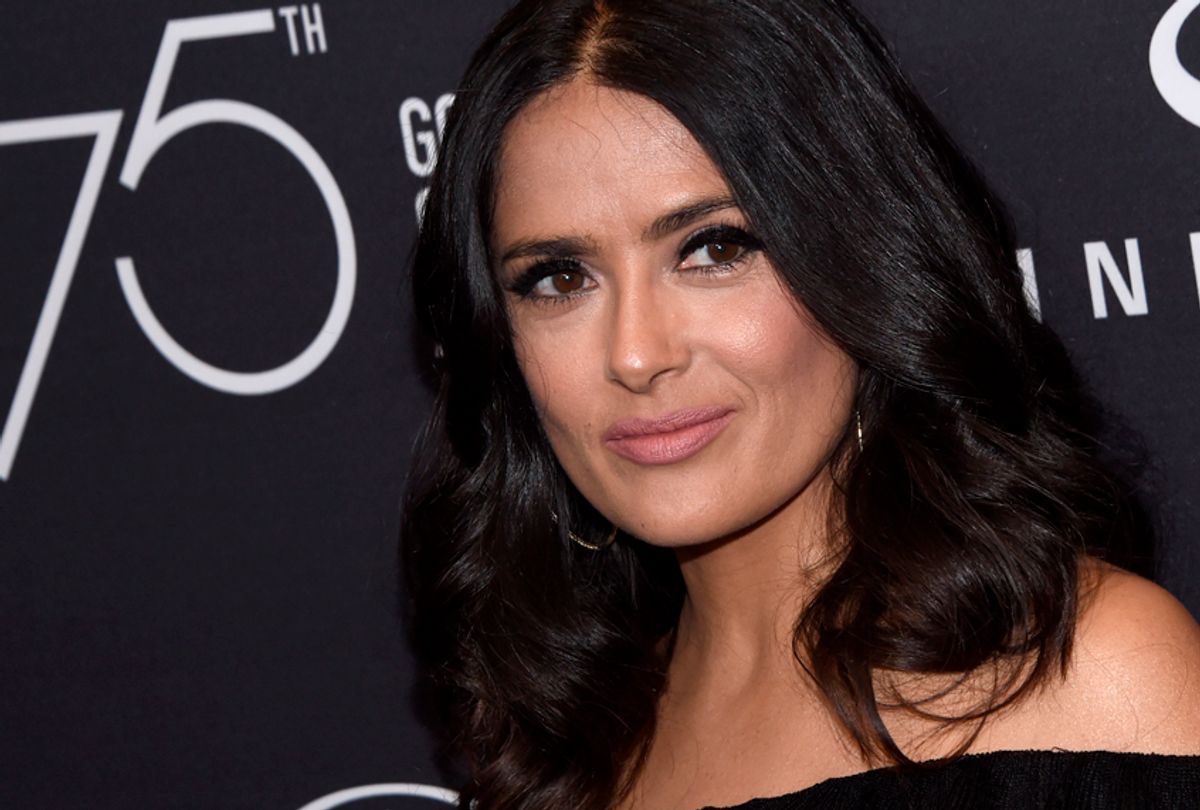 Salma Hayek describes numerous instances of alleged abuse and sexual harassment from Harvey Weinstein in a new editorial in the New York Times titled "Harvey Weinstein Is My Monster."

Hayek says these experiences occurred during their collaboration on "Frida," a Frida Kahlo biopic and passion project for the actor that she not only starred in, but produced and essentially willed into being. "My greatest ambition was to tell her story," she wrote, adding that she thought Weinstein was the perfect person to help her bring the biopic to life.

The original deal they struck was unequal, but in Hayek's mind, it was worth it to pursue her goal. "I did not care about the money," Hayek said. "I was so excited to work with him and that company. In my naïveté, I thought my dream had come true. He had validated the last 14 years of my life. He had taken a chance on me — a nobody."

Hayek said the abuse and harassment began shortly after the partnership began. She claims had to deny him entry to her hotel rooms repeatedly, to tell him she would not shower with him, that he could not watch her shower, that he could not give her a massage, that he did not have permission to give her oral sex, and that she would not give in to his many, many other inappropriate, offensive requests.

"And with every refusal came Harvey’s Machiavellian rage," Hayek wrote. "I don’t think he hated anything more than the word 'no.'"

She continued, "The range of his persuasion tactics went from sweet-talking me to that one time when, in an attack of fury, he said the terrifying words, 'I will kill you, don’t think I can’t.'"

Hayek says after Weinstein was finally convinced that she would not sleep or submit to him, he threatened to give the lead to another actor. Then, she said, he told her if she completed a list of impossible tasks, like raising $10 million and finding an A-list director, that Weinstein would allow "Frida" to commence.

Hayek said when she met those demands and filming finally began, Weinstein stopped sexually harassing her, but the abuse and rage continued. She claims he constantly berated her with insults, and threatened to shut down the film because of the story of the complicated, defiant artist lacked "sex appeal". At times, he demanded that Hayek remove her character's unibrow and limp, both recognizable, even iconic, traits of the historical Kahlo. "The only thing he noticed," she said, "was that I was not sexy in the movie."

She said it, "was soul crushing because, I confess, lost in the fog of a sort of Stockholm syndrome, I wanted him to see me as an artist: not only as a capable actress but also as somebody who could identify a compelling story and had the vision to tell it in an original way."

"He offered me one option to continue," Hayek wrote. "He would let me finish the film if I agreed to do a sex scene with another woman. And he demanded full-frontal nudity."

Hayek said she felt tied, after the years and favors and talent that had already been poured into "Frida." So, she agreed for the sake of the film.

"I arrived on the set the day we were to shoot the scene that I believed would save the movie," Hayek said. "And for the first and last time in my career, I had a nervous breakdown: My body began to shake uncontrollably, my breath was short and I began to cry and cry, unable to stop, as if I were throwing up tears."

Hayek said she had to take a tranquilizer to get through the scene, and even post-production, Weinstein continued to disparage, shortchange and attempt to sabotage the film. Despite the initially limited release the producer would give it, "Frida" went on to be a box-office and critical success, winning two Oscars and further burnishing Weinstein's golden reputation.

Even after all the alleged abuse Hayek endured at the hands of Weinstein, she said years later he told her "You did well with 'Frida'; we did a beautiful movie." She added, "I believed him. Harvey would never know how much those words meant to me." Even after everything he had allegedly done, she still sought and valued his approval.

Not only is this a sign of how Weinstein apparently wielded power over people who suspected he was or knew him to be a monster, it's indicative of the shame so often folded into experiences of sexual harassment and abuse for the victim. So many abusers don't just harass or physically assault their victims, they convince them in many ways that they were somehow worthy of such treatment — "a sort of Stockholm syndrome," indeed.

"I am grateful for everyone who is listening to our experiences," Hayek concluded. "I hope that adding my voice to the chorus of those who are finally speaking out will shed light on why it is so difficult, and why so many of us have waited so long. Men sexually harassed because they could. Women are talking today because, in this new era, we finally can."