Alabama: Don't forget the women who brought down Roy Moore, and changed history

Roy Moore's accusers represent a much larger political and cultural shift. They remind us that change is possible 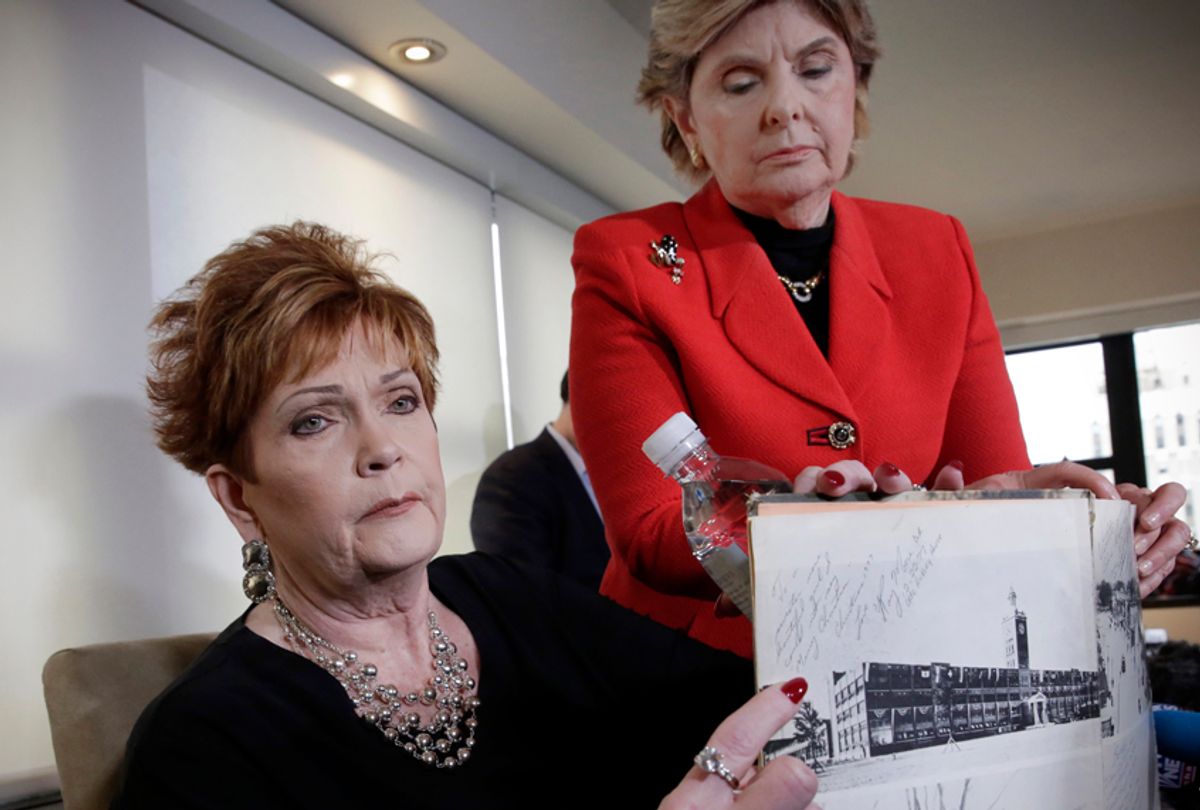 Senate Majority Leader Mitch McConnell must have had a strange night on Tuesday. Part of him was obviously relieved that he won't have to deal with the freak show known as Roy Moore, whose picture would have become the new GOP logo. On the other hand, losing a Senate seat with his narrow margin can't have been something McConnell felt particularly happy about, even if he gets his holy grail -- tax cuts for corporations and millionaires -- enacted in the next little while. The challenge of keeping his slim majority after next year just got a lot harder. Nonetheless, McConnell was certainly thrilled to see his nemesis Steve Bannon defeated, particularly after his foul performance down in Alabama during the final month of the campaign.

Roy Moore called Bannon the "Master Strategist" but he is actually an amateur who thinks he can get over the way Donald Trump did by activating national right-wing media and spouting obnoxious insults at rallies. Rep. Peter King, a New York Republican, probably spoke for most of the GOP establishment when he told CNN:

This guy does not belong on the national stage. He looks like some disheveled drunk that wandered on to the national stage. He does not represent anything that I stand for. I consider myself a conservative Republican. I consider myself an Irish Catholic, and he sort of parades himself out there with his weird alt-right views that he has and to me it's demeaning the whole government and political process.

King voted for Trump, of course, so his complaints ring a little bit hollow. But at this point it even appears that Trump's act may have been a one-hit wonder. His approval rating is down to 32 percent in the latest Monmouth poll.

While McConnell surely had mixed feelings about the outcome, Donald Trump tried to behave as if he knew Moore would lose all along and was just being a good party leader by backing him. He couldn't help but betray his real feelings, though:

He can never, ever be dignified and mature in the face of a loss.

But whatever Trump says, that 32 percent number is significant because, according to the exit polls, Doug Jones' vote among college-educated white voters almost exactly matched the share who disapprove of Trump. Trump won most of those voters handily in 2016. They are defecting in large numbers, particularly the women. Trump has lost 25 points among independent women since September.

This Atlantic piece by Ron Brownstein about the Alabama race breaks it all down. He says that Republicans should be very worried: In spite of the fact that Moore was a uniquely bad candidate, the results in Alabama mirror the results of the recent elections in November, and track with the public's views of Trump's disastrous tenure.

Jones beat Moore with a strong turnout and a crushing lead among African Americans, a decisive advantage among younger voters, and major gains among college-educated and suburban whites, especially women. That allowed Jones to overcome big margins for Moore among the key elements of Trump’s coalition: older, blue-collar, evangelical, and nonurban white voters.

This was the same equation that powered the Democratic victories in the Virginia and New Jersey governors’ races. The consistency of these results suggests that Democrats are coalescing a powerful coalition of the very voters that polls have shown are the most disenchanted, even disgusted, by Trump’s performance and behavior as president.

Trump is creating a rabidly loyal following among shrinking demographics, while inflaming those groups that are growing. Brownstein points out that even though Moore is an extremist who gave African-Americans, college-educated whites and younger people plenty of reasons to oppose him, those same voters came out in large numbers in New Jersey and Virginia, where "Democrats won 70% of Millennials and half of college-educated whites, and they enjoyed solid turnout and preponderant margins from nonwhite voters."

In Alabama the African-American vote was huge and, as usual, formed the heart and soul of the Democratic Party, turning out in even higher numbers than they did for Barack Obama. The organization effort was masterful with black churches, colleges and the NAACP mobilizing hundreds to get out the vote with the support of the Democratic Party on the ground and Democratic donors putting big money into the race. Clearly the fact that Jones had been a U.S. attorney who successfully prosecuted members of the KKK who had bombed a Birmingham church in 1963, killing four little girls -- after many years of state inaction -- was a powerful motivation as well.

Then there were the brave women who came forward to tell their stories about Roy Moore stalking and molesting them when they were teenage girls. That took a lot of guts and undoubtedly made a difference in the race. Women supported Jones by a 57 to 42 percent margin, while men gave Moore almost the identical advantage, 57 to 40 percent.

It's true that a majority of white women went for the Republican (as a majority of white voters have typically done in recent years), but many more white college-educated women voted for Doug Jones than usual. That demographic is moving rapidly into the Democratic column and there are many reasons for it, most obviously that the Republican Party keeps nominating misogynists for high office and dismissing women who come forward to reveal the truth about their characters.

On Wednesday, when asked what he thought about the women who told the truth about Roy Moore, Doug Jones said, "I commend them for coming forward. I believe them. I believe they have all the credibility in the world. And I think going forward this country has a debt that we owe to women everywhere who have had to endure the kind of treatment at the hands of male counterparts in their workplace or customers or anyone else."

Meanwhile, white, rural working-class voters and white evangelicals are sticking with the GOP. That is Trump's base and it's rapidly becoming all that's left of the Republican electorate. Brownstein quotes Republican strategist Mike Murphy saying, "We are in a Trump-driven worst-case situation now."

The fact is, Donald Trump is an albatross around every GOP official's neck and angry, energized Democratic voters are strangling them with it. So far they've shown little instinct for self-preservation.