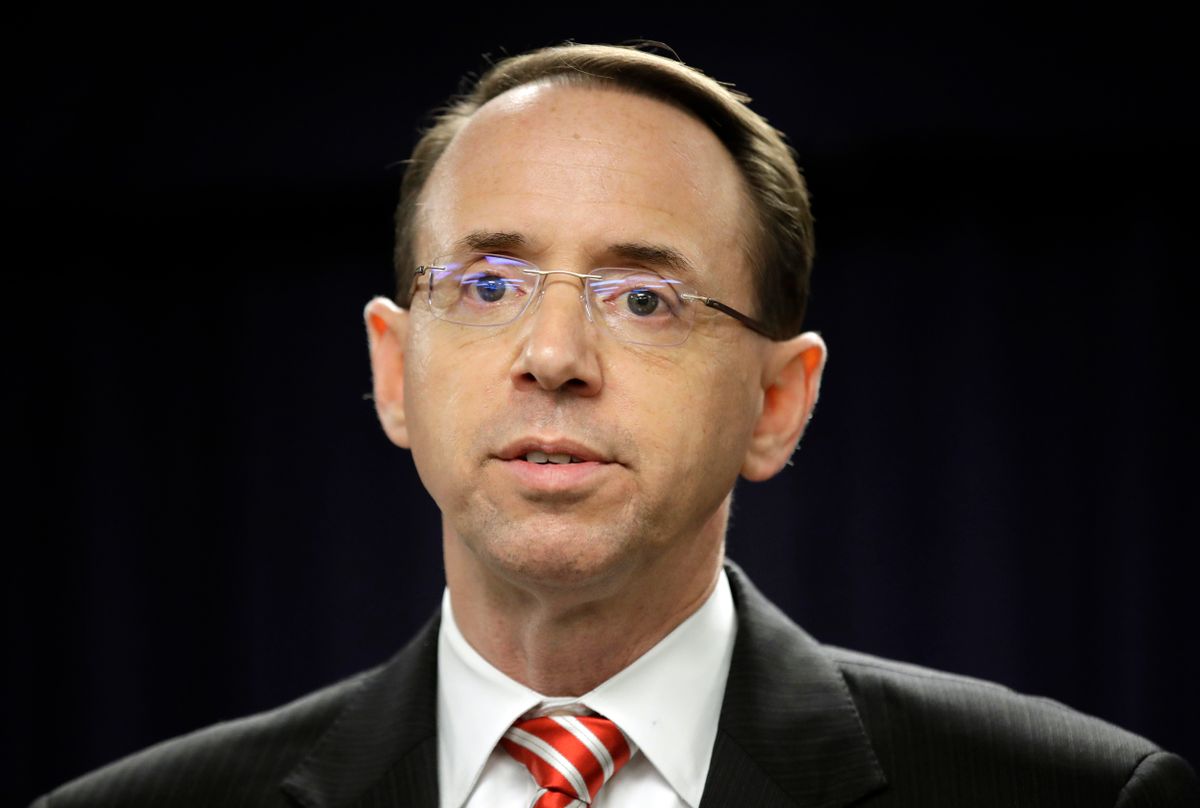 Deputy Attorney General Rod Rosenstein testified before lawmakers on Capitol Hill only to reaffirm Robert Mueller's position as the special counsel in charge of the ongoing Russia investigation. Rosenstein explained that he has no intention of firing Mueller, and that he supports the scope of his investigation, despite some opposition from Republicans.

He said that he didn't see any reason to fire Mueller up to this point, and that President Donald Trump has never asked him to remove the special counsel.

"I am not going to be discussing my communications with the president but I can tell you that nobody has communicated to me the desire to remove Robert Mueller," he said.

"I believe based on his reputation, his service, his patriotism, and his experience with the department and with the FBI, I believe he was an ideal choice for this task," Rosenstein said.

When asked about the scope of his investigation, Rosenstein delivered nothing short of praise for Mueller's tactics and integrity.

"There are a lot of media stories speculating about what the special counsel may or may not be doing," he said, according to CNN. "I know what (Mueller is) doing. I'm appropriately exercising my oversight responsibilities. So I can assure you that the special counsel is conducting himself consistently with our understanding about the scope of his investigation."

But some Republicans have sought to discredit Mueller and have seized on the recent report that detailed text messages about Trump between FBI agent Peter Strzok and FBI lawyer Lisa Page prior to the election. The messages described a Trump victory as "terrifying" and also said that "Clinton just has to win," according to the New York Times. Strzok was immediately removed from the investigation over the summer.

"The public trust in this whole thing is gone," Rep. Jim Jordan, R-Ohio, said. "It seems to me there are two things you can do: You can disband the Mueller special prosecutor, and you can do what we’ve all called for and appoint a second special counsel to look into this."

Republicans have also sought to use donations to the Democratic causes, made by members of the Mueller investigation, in an effort to make the probe look biased.

"We recognize we have employees with political opinions. And it’s our responsibility to make sure those opinions do not influence their actions," Steve Chabot, R-Ohio, said, the Times reported.

"Reports on the political predisposition, and potential bias, of certain career agents and department lawyers on Special Counsel Mueller's team are deeply troubling to all citizens who expect a system of blind and equal justice," Goodlatte said, CNN reported. "We are now beginning to better understand the magnitude of this insider bias on Mr. Mueller's team."

However Rosenstein disagreed and brought up the difference between bias and political affiliation.