Teenage girls are OK making sexual decisions for themselves, thanks!

Study after study shows that teen girls will make smart decisions about contraception and abortion, if we let them 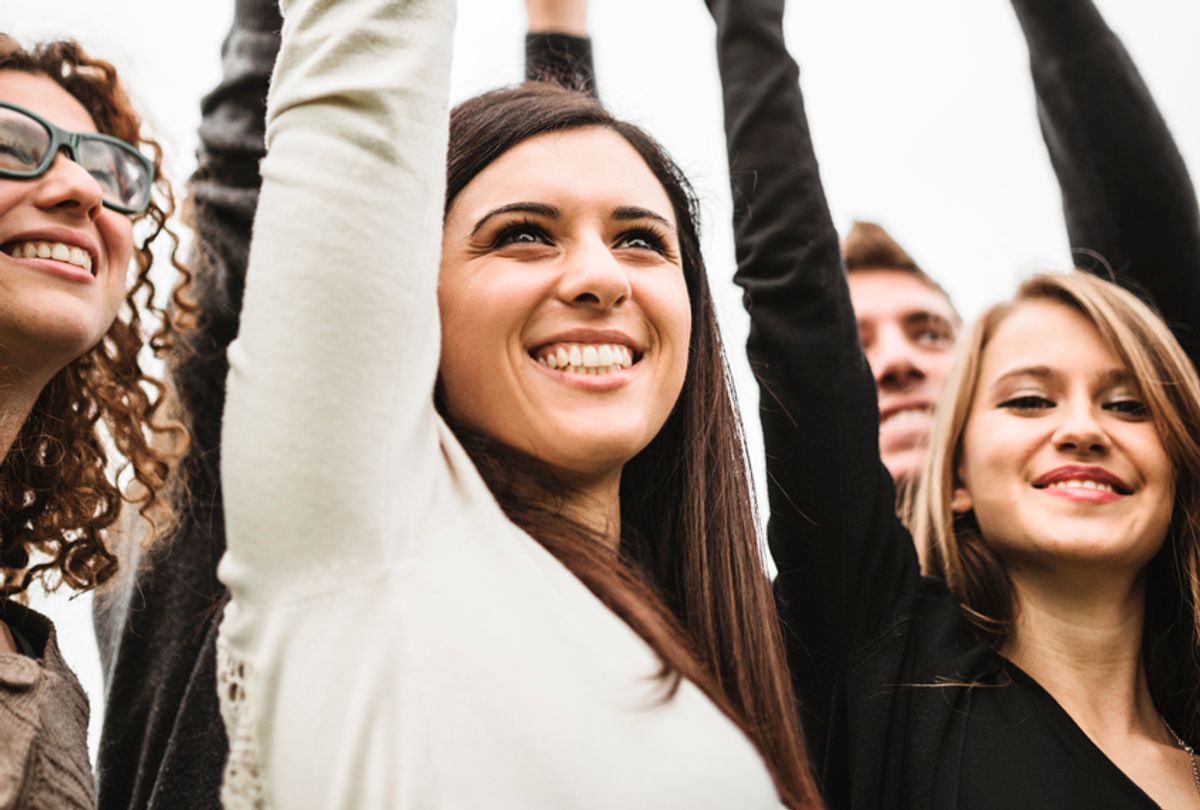 Feminist slogans like "trust women" and "believe women" are finally breaking into the mainstream, as the public is beginning to realize that most women -- like most men! -- are generally honest and competent people capable of making rational decisions for themselves. But that trust is not being extended to teenage girls, who are still treated as incompetent and irrational, not just compared to adult women but often even to teenage boys. Teen girls are still subject to more excessive policing, such as stricter dress codes and curfew enforcement, than boys. And there are still significant obstacles to reproductive health care for teen girls, who are often seen as incapable of making good decisions for themselves about abortion and contraception.

Recent reports suggest, however, that teen girls are actually quite capable of handling reproductive health care decisions and that paternalistic controls put on health care access only make it harder for girls to make smart decisions. It's not enough, then, to trust women. We must also learn to trust girls.

A new study out from the research group Advancing New Standards in Reproductive Health (ANSIRH), based out of the University of California, San Francisco, suggests that laws requiring parental notification for minors seeking abortions do nothing to help girls and may very well be making things worse.

“Proponents of these laws argue that they’re necessary in order to promote positive family communication about abortion decisions," Dr. Lauren Ralph told Salon. She is the lead author of this study, published in the Journal of Adolescent Health. “Our study really calls into question the utility of parental involvement requirements for minors seeking abortions."

The study focused on one abortion clinic in Illinois, chosen because it has extensive intake surveys that reveal a lot of information about the patients. Illinois passed a parental notification law in 2013, and researchers compared patient surveys from before and after the law passed, to see what effect it may have had on patients.

The first thing to note, Ralph emphasized, is that "most minors involve the parent in their decision and were certain about their decisions, both pre- and post-law," and this comports with previous research on the subject. This matters, because proponents of such laws draw on parental fears about teens have secret lives or making bad decisions without parental knowledge. The idea that a lot of teen girls are unsure about having an abortion but are afraid to tell their parents may make intuitive sense to many people. But in reality, most girls both told a parent and were sure of their decision before and after the law went into effect.

Researchers did find more girls reported telling a parent after the law passed — 71 percent did before its passage, and 93 percent did after — but that was accompanied by a corresponding drop-off in the number of girls who got abortions in the first place. "This decrease was sharper among minors compared to young adults," Ralph said, suggesting that some girls may have forgone the legal abortion altogether, rather than telling a parent. (Which I would argue is the likely goal of these laws, regardless of how abortion opponents spin it.)

Researchers also found that among girls who had to travel from other states to get the procedure there was an uptick in second-trimester abortions, which are more expensive and more medically intensive. This, Ralph said, suggests that notification requirements may be delaying the abortions for many minors.

While more research should be done, on the whole the study points to what pro-choice advocates have long been saying: Teen girls seeking abortions are capable of handling this decision for themselves. They are competent judges when it comes to knowing who is safe and able to offer them support, and should be allowed the power to make these important choices about their own lives.

On the contraception front, more evidence has come out of Colorado showing that teen girls are capable of handling birth control decisions as well. In 2009, that state started a program offering low- or no-cost IUDs or contraceptive implants for teenagers. Eight years in, the initiative has evidently paid off. Teen pregnancies are down 50 percent in Colorado over that period, and the teen abortion rate fell even more, by 64 percent.

“This is a good example of a smart and compassionate government program,” said Dr. Larry Wolk, executive director of the Colorado Department of Public Health and Environment. “Not only did this initiative improve the health and well-being of thousands of Colorado women, it helped Colorado avoid the social and economic costs of unintended pregnancy.”

These results align with findings from the Contraceptive CHOICE Project out of St. Louis, a multi-year study that provided no-cost contraceptive services, based on patient choice, to adolescents. While the program did require parental consent, patients were given free choice over what method to use. The results were astounding. At the time, 5.7 percent of teen girls overall and 15.9 percent of sexually active teen girls experienced a pregnancy in a year. For participants in the study, who were more likely to be sexually active than teen girls on average, the pregnancy rate was 3.4 percent.

None of this is to say that girls are islands onto themselves who don't need education and advice. Certainly competent professionals should be ready to offer it to girls who ask. But what this evidence indicates is that girls are often smarter than they are given credit for, and will seek out the advice and help they need to make the decisions that are best for them. Putting limits — whether those are cost barriers, legal obstacles or geographic hurdles — only makes it harder for girls to get the help they need to make good decisions. If reducing teen birth rates is the goal (and that's a big "if" when we're talking about the goals of religious conservative), then giving girls more control and more freedom is the best path forward.