Can you be sued for sharing your #MeToo story?

“Silence breakers” are Time magazine's “person of the year.” But naming names carries some risk 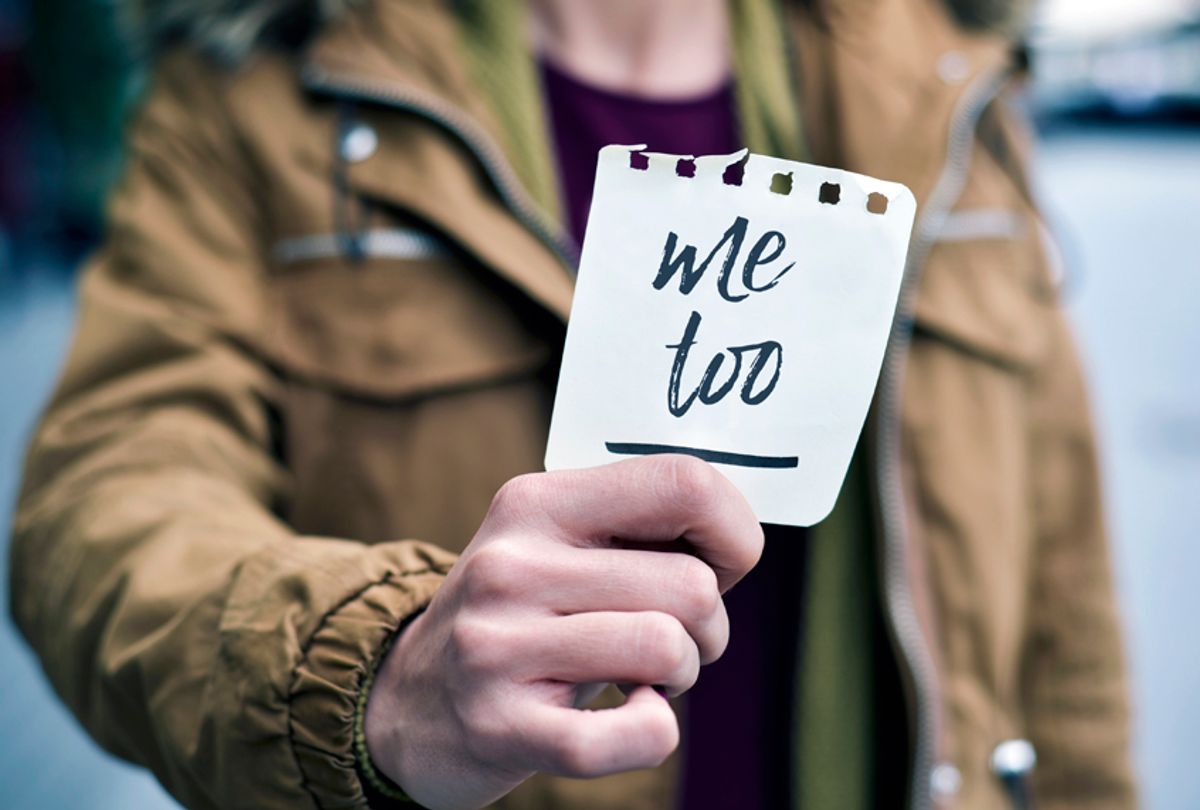 The power of the #Metoo movement rests on the ability of women (and men) to tell their stories of sexual assault and harassment and be believed, which, in turn, has led to more people sharing their stories. The “metoo” hashtag allows victims to acknowledge that they have been harmed and add their voices to the movement without necessarily detailing their experiences or naming their assailant.

But some victims want to name names. For some, calling out their harasser or rapist is important. And by doing so, some powerful men have been brought low with an almost breathtaking speed. Seeing these powerful men brought down — Harvey Weinstein, Kevin Spacey, Matt Lauer, to name a few — has been even more empowering, resulting in more victims coming forward and more names being spoken.

These “silence breakers” have made the cover of Time magazine as “person of the year.” But naming names carries some risk -- more specifically, the risk of being sued for defamation. This risk isn’t just illusory, either. Brett Ratner has filed a lawsuit against one of his accusers. In Louisville, Kentucky, a bar owner who was accused of rape and sexual assault by multiple women on Facebook – a meme calling him a rapist was also created and circulated — has sued two women who posted stories accusing him of raping or drugging them.

Being sued by your accuser is understandably terrifying. The good news for the victims is that they are likely to succeed in court. Proving defamation is difficult, particularly because, to be defamatory, the statements must be false, which means that Ratner and any other plaintiff must prove that the sexual assault did not happen. The burden of proof is therefore shifted in defamation suits to the accused assailant, which means alleged victims will have an easier time than they would in a criminal case where the state would have to prove that an assault did happen. Indeed, the truth defense has led some victims to be more comfortable in naming their attacker because they believe that the attacker would not want to risk losing the lawsuit.

Unfortunately, however, even if the victims are likely to win in court, the legal battle can be draining, both emotionally and financially. A threat of a defamation lawsuit is therefore just another barrier to reporting sexual assault, and victims who do disclose, even on social media, are incredibly brave.

But what about the rest of us: those who share stories, publicly comment on those who have been accused of sexual assault or harassment? Can we be sued for defamation?

The short answer is yes. By sharing a post or discussing online — by name – someone who has been accused of sexual harassment, we are “publishing” the story and can therefore be sued, just like a newspaper. Of course, the standard defamation defenses apply, including the truth defense.

But, in defamation lawsuits, publishers have even more protection than accusers, thanks to the Supreme Court case New York Times v. Sullivan. Sullivan is an important case both legally and historically and, unfortunately, too few people know its factual history. L.B. Sullivan was the Montgomery, Alabama, city commissioner who filed a libel lawsuit against the New York Times for publishing a full-page advertisement that supported the Civil Rights Movement in Alabama and disclosed the tactics used by Montgomery to try to silence the movement. Those tactics included arresting Dr. Martin Luther King, Jr., and charging him with perjury. Libel lawsuits were a common strategy during the Civil Rights Movement to prevent publicizing the tactics used by Southern states and cities to try to disrupt civil rights demonstrations and attack the movement’s participants and leaders. Until Sullivan went to the Supreme Court, those tactics worked and much of the nation was unaware of what was going on in the South.

Newspapers during this time were particularly vulnerable to defamation lawsuits because, depending on the laws of the state, the plaintiff could recover damages even if they did not prove they had actually been harmed by the story. Moreover, the truth defense did not work in Sullivan because the advertisement had some factual errors, such as how many times Dr. King had been arrested (four, not the reported seven). So, at trial, Sullivan was awarded $500,000, which was a heavy burden for the New York Times and may have dissuaded the newspaper from further reporting on the issue.

The Supreme Court changed all of that when it held that for public figures like Sullivan to prove defamation, the plaintiff must show that the publisher acted with malice, which means either knowing that the story was not true and publishing it anyway, or acting with “reckless disregard of the truth.” Therefore, even if the story is actually false, a publisher can still be protected from defamation lawsuits if it did not publish the story maliciously. Reckless disregard of the truth includes acting with intent to harm or publishing a story despite serious doubts that it is true. It is more than mere negligence, which is the standard for publishing a story about a private figure.

Obviously, only the original accuser can truly know if the story is true, but so as long as you have no reason to seriously doubt the victim — and the rape myth that women often falsely accuse men of sexual assault is not a good reason to doubt the victim — you can discuss sexual assault allegations against celebrities and politicians as much as you want. They are public figures, so individuals can go ahead and call Roy Moore a pedophile without using the word “alleged.” Keep the stories circulating, keep the movement moving. And, remember, name calling is never covered by defamation law. You can call all men “scum” without fear of a lawsuit — though Facebook will probably freeze your account.