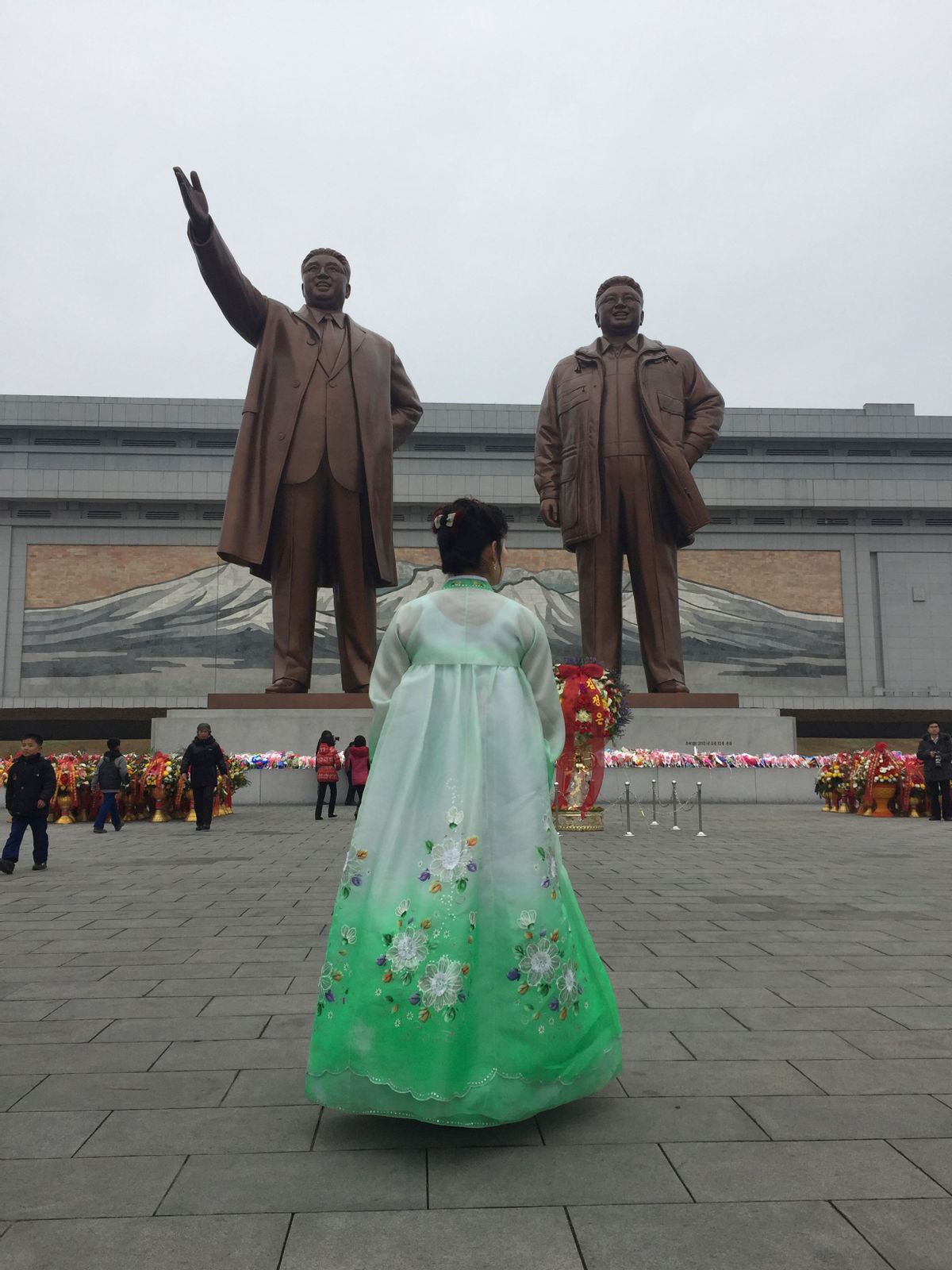 With tension on the Korean Peninsula higher than it’s been for years and fears are surging on all sides that a full-blown conflict is nearer than ever. But as the war of words between Washington and Pyongyang gets ever more lurid, with missile and warhead tests on one side and military exercises and flypasts on the other, it’s easy to forget that North and South Korea have made serious efforts to defrost their relationship before.

On July 7 1988, with the Cold War coming to an end, South Korean President Rho Tae-woo announced his plan to “actively promote exchanges of visits between the people of South and North Korea, including politicians, businessmen, journalists, religious leaders, cultural leaders, artists, academics and students”. This South Korean policy, called Nordpolitik, was modelled on West Germany’s Ostpolitik. But it took more than ten years to begin these exchanges.

In 2000, the two leaders of South and North Korea met in Pyongyang for the first time since the division of the Korean peninsula. South Korean President Kim Dae-jung reassured North Korean Leader Kim Jong-il, who was worried that North Korea would meet a fate similar to East Germany, that the South Korean proposal for a peacebuilding process was not to absorb North Korea, but to promote peaceful coexistence.

After their first summit, the South and North Korean governments expanded several cross-border peacebuilding activities, such as humanitarian, development, and economic cooperation, business, and socio-cultural exchanges. Within a few years, as part of these activities, more than half a million people crossed the border between North and South Korea. Almost 2m South Korean tourists visited North Korea.

And yet today, the inter-Korean peacebuilding of the 2000s looks like a long-lost dream. What went wrong?

Pushed to the limit

Some say the breaking point was the hardline changes in US and South Korean policy toward North Korea after 9/11, epitomized by George W. Bush’s “Axis of Evil” speech. Others say the north is to blame because of its nuclear ambitions. But what both arguments have in common is North Korea’s deep sense of insecurity, which goes back more than 60 years.

When Japan was defeated in World War II, the Korean independence movement and its provisional government, who had long fought Japanese colonial rule, were not recognised as victors. Instead, the northern half of Korea was put under Soviet control and the south was occupied by the US, effectively dividing the Korean peninsula in two.

The first North Korean leader, Kim Il-sung, seemed convinced he could resolve this division by force, but his attack on South Korea in 1950 and the ensuing Korean War almost cost North Korea its existence. Only Chinese intervention saved it, and the war was suspended (though not ended) by the Armistice Treaty of 1953.

But North Korean memories of how US bombers destroyed their country and how close the US came to using the atomic bomb on North Korea, are still very much alive, and may be stronger after the end of the Cold War.

North Korean leaders have for decades used the spectre of an American attack to justify their authoritarian rule. The continuous economic sanctions and displays of military power by the US and South Korea did not deter North Korean plans to develop nuclear weapons in order to ensure its survival, and instead seem to have given the North Korean dictatorship fodder for its rhetoric.

As if to validate the rhetoric of the North Korean regime, the US president, Donald Trump, successfully persuaded South Korea to purchase more American weapons during his recent visit to East Asia. The US and South Korea are planning yet another joint military drill from December 4-8, in which about 230 warfare aircraft will participate in a show of force.

Meanwhile, North Korea fired another ballistic missile on November 28, once again claiming that their development of nuclear and missile technology is not “to pose any threat to any country”, but to defend North Korea from the US threat.

Putting aside debate around the nature of the North Korean regime, the insecurity experienced by a conflict party is not a phenomenon unique to the Korean conflict. Several contemporary peace processes, such as the Northern Ireland peace process, show that without addressing the issue of insecurity, any agreement would not be possible.

Would peacebuilding mean simply appeasing a regime that is playing with nuclear fire — or is it perhaps a better option than “smart sanctions” and military exercises? For South Korean civil society groups, who can remember crossing borders, building relationships, and re-humanising each other, peacebuilding is still regarded as the best way to neutralize the nuclear ambitions of the North Korean leadership and improve the human rights conditions of the North Korean people.

After all, it is about coming up with a more effective strategy for peace in the Korean peninsula, and beyond. If war is not an option, the inevitable process to build peace must resume.