Like many of Kaurismäki’s films, “The Other Side of Hope” finds resonance in the individual's capacity for empathy 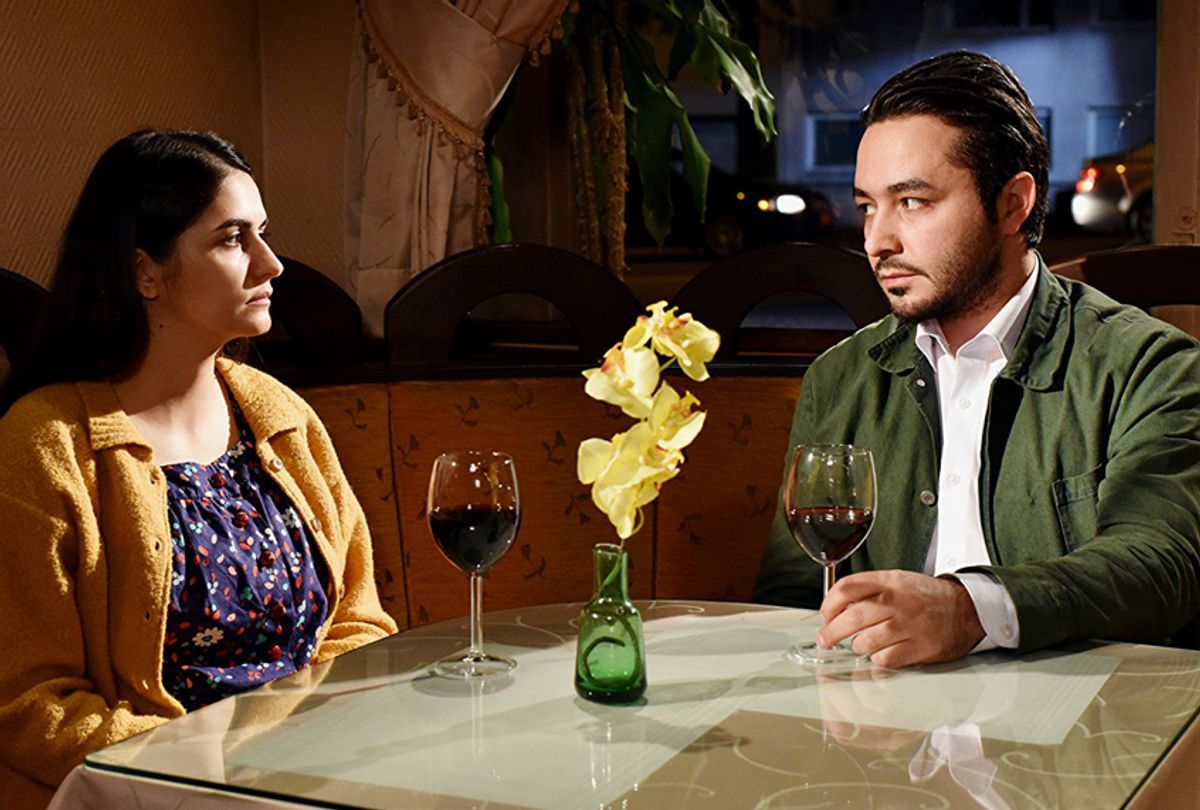 Of all the awards-season categories that industry prognosticators fuss over, none feels quite as confused as that of the “foreign film.” In an increasingly globalized world where a low-budget American action-thriller shoots in Bulgaria, or a would-be prestige production sets up shop in Norway -- to take advantage of tax credits, and where talent feels free to pass between borders, industries and national cinemas unfettered -- one is increasingly led to wonder: What even constitutes foreignness?

In the case of the Oscars and the Golden Globes, the distinction is made to seem simple: a foreign film is a film that features a predominantly non-English dialogue track. So despite Golden Globes foreign language film frontrunner “The Square,” by the Swede Ruben Östlund, featuring recognizable American talent (Elizabeth Moss, Dominic West), long stretches of talky scenes in English, and a recognizable/blandly conventional American-indie arthouse style, its mostly-Swedish soundtrack qualifies it, de facto, as sufficiently foreign.

This complicated issue of foreignesss also hangs over one of the Globes’ more conspicuous snubs, from a filmmaker ill-afforded his due respect among the peerage of Serious Foreign Filmmakers: “The Other Side of Hope,” by the low-key Finnish master Aki Kaurismäki. I am biased, I suppose, as Kaurismäki’s latest humanist comedy is my favourite film of 2017 (with respect to “Phantom Thread,” “Logan Lucky,” the harrowingly disturbing Japanese cannibal documentary I saw at a film festival, et al). Like any critic-slash-fan who sees his favorites abused, or just straight-up ignored, I’m left wondering: What about “The Other Side of Hope,” and Kaurismäki generally, fails to connect?

The failure to connect is, indeed, the faintly thumping heart of “The Other Side of Hope.” Sherwan Haji plays Khaled, a Syrian refugee who escapes to Helsinki, stowing away on a ship transporting coal. An early shot sees Khaled rising from a container of dark ash as the ship docks, his face black and sooty. He is simultaneously rendered quasi-invisible against the inky night sky, and marked as different, as “other,” amid the overwhelming ethnic whiteness of Scandinavia. Khaled seeks asylum, but is turned away by Finnish bureaucrats, who themselves aren’t so much unfeeling as they are victims of systemic circumstance. He finds shelter with Wikström (Sakari Kuosmanen), a grumpy gambler trying his hand in the restaurant business.

Over the course of its lean 98 minutes “The Other Side of Hope” tackles all manner of issues that might, one imagines, bait awards-season voters: the limits of globalization, the refugee crisis, and the failure of Western nations to respond to seemingly unfathomable need. It also finds its footing in real-world geopolitics, and problems facing exiles seeking refuge in Finland. “Until spring 2015 about 1,500 refugees came to Finland annually,” explains the typically taciturn Kaurismäki, answering questions via email in a rare interview opportunity. “Then suddenly in summer and autumn came 35,000 in three months. A rumor had spread, especially in Iraq, that Finland is a specially refugee-friendly country. Unfortunately, this has never been the fact.”

“The Other Side of Hope,” and in particular the dynamic between local malcontent Wikström and the hard-pressed, but just as hard-headed, Khaled, grew out of Kaurismäki’s observations on how his fellow Finns handled this sudden influx of asylum-seekers. “I was surprised how positively common Finnish people reacted, minus the normal 10 percent of, how should I say it politely, dummkopfs,” he says. “The government is another case. Now they throw out everybody they possibly can.”

Like so many of Kaurismäki’s films, “The Other Side of Hope” finds resonance in the human capacity for small-scale acts of empathy. The Finnish director’s worldview has sometimes been described as one of “hopeful cynicism.” It may sound like an obnoxious oxymoron, but it holds true nevertheless. Kaurismäki’s is a world where quiet compassion teems on the edges of utter dispassion. Expect the worst from people, and even trivial-seeming acts of kindness blossom into acts of miraculous grace. And perhaps it’s because, well, they are. In a world where people seem so rotten, a person can still possess the capacity for decency. “I like people,” Kaurismäki has said. “But mankind as a whole? I’m not so sure.”

This sort of tension, this ambivalence, makes “The Other Side of Hope” feel not just “timely” or “topical” but universal. Kaurismäki apprehends complex feelings of  caring for your neighbor while simultaneously despairing for the whole project of civilization. If people can be so deeply, surprisingly kind on the intimate, micro-scale, how can they be so appallingly awful at the level of societies and nations?

“The Other Side of Hope” addresses this problem without sop or sentiment, surveying the ongoing refugee crisis with a caustic, unsentimental eye. Even Khaled’s increasingly violent run-ins with a gang of shaved-bald Helsinki neo-Nazis are treated without sensation. They are not galling acts of violence but matters of fact: the natural result of right-wing populism that arose from the European migrant crisis, which itself emerged from the crisis of globalization. “The story of migrants in Finland (and Europe in general) can’t be told without showing physical and mental violence,” the director insists. “I show violence now and then in my films, but also take care that it never gives any pleasure to the spectator.”

This draining of sensation may account for a certain chilliness in the reception to “The Other Side of Hope,” and Kaurismäki’s films more generally. Where bigger-ticket European filmmakers are lauded for their naturalistic humanism (Belgium’s Jean-Pierre and Luc Dardenne) or button-pushing cynicism (Denmark’s Lars von Trier, Austria’s Michael Haneke), Aki Kaurismäki's distinct melding of these two Euro-arthouse poles tends to get lost in the shuffle. His films tend to challenge — or just straight-up ignore — the experience that many viewers have come to associate with the category of the “foreign (language) film.” Audiences are acclimatized to explosions of affect or discomfort, not the accidents of gesture or the quiet treachery of top-down authority. In a cinematic landscape of screeching emotion and howling importance, “The Other Side of Hope” is gentler — a major work in a minor key.

There is a deliberate affectlessness to Kaurismäki’s films, and his filmmaking, that may feel alienating. The performances are stilted, the compositions are flat, the stories totally quotidian while unfolding strangely like fables. Where foreign films are typically treated as empathy tests, meant to challenge or provoke or deeply move, Kaurismäki’s movies seem mundane. But then, this is the point: that economic, social, and interpersonal callousness is mundane and matter-of-fact. Despite the tweaked prosaic quality of Kaurismäki’s characters, his compositions, his whole worldview, one gets the sense watching “The Other Side of Hope” that this is very much our world as it is, for better or worse.

There is no grand redemption in “The Other Side of Hope,” nor are there any obvious lessons learned. It’s a film of quietude, of stillness, and of biting absurdist humor. Yet in its own strange way, it offers a lesson on how to be in our troubling times. “It is not obligatory to be ‘nice,’” says Kaurismäki, whose characters rarely offer more than the odd wry smile, “but if you are ‘human’ you can never be cruel either.”

It’s the sort of brusque, weirdly compassionate, totally matter-of-fact statement about the governing of human affairs that, in an era marked by hysteria and crass sentiment, feels entirely foreign.