The "Game of Thrones" star's limited series traces the infamous Gunpowder Plot, which involved one of his forebears 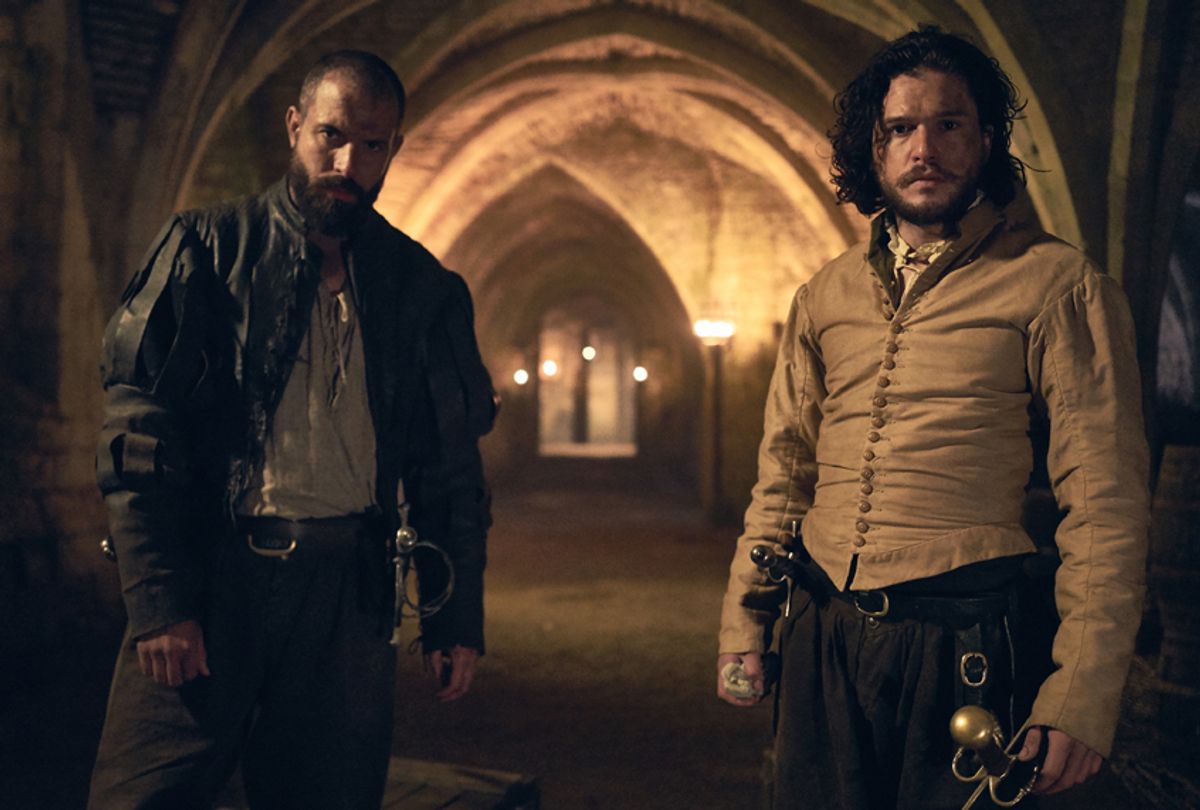 The trouble with seeing “Gunpowder” as a truly British series, featuring a mostly British cast and commissioned initially by the BBC, is in its title. Specifically, it is not titled “Gunpowder: The Guy Fawkes Story,” given Fawkes’ relative renown among those Americans who associate him with that celebratory exclusive for the British to set the Thames on fire every November.

Popular estimations and revisionist polishing may style Fawkes as the central hero of the Gunpowder Plot, but HBO’s new three-part miniseries, airing Monday, Tuesday and Wednesday at 10 p.m., portrays him as much more of a man of action than words.

Rather, “Gunpowder” assigns the most central role in the plot to Robert Catesby, a 30-year-old gentleman of Warwickshire and an ancestor of the miniseries’ star Kit Harington, who also serves as executive producer. Harington turns in a stalwart performance here, a notion owing less to his ancestry than the similarities in temperament between Catesby and Harington’s better-known character from “Game of Thrones,” Jon Snow.

Although this role is based on a historical figure and event, Harington’s Catesby bears similarities in solemnity, anguish and drive to the actor’s fictional warrior. If this project doesn’t stretch the actor’s dramatic abilities, that’s to his advantage. As written by Ronan Bennett, “Gunpowder” leans more heavily on the intricacies of history and elaborate production values, as well as the politics inspiring the doomed plot. Every performance is solid, with Mark Gatiss giving an exemplary effort as the king’s secretary of state Robert Cecil, an official dedicated to rooting out papists in post-Elizabethan England.

By way of a brief explanation via text scroll as the series begins, “Gunpowder” opens in 1603, in the midst of the relatively new rulership of King James I (Derek Riddell), a Protestant ruler who wages war on Catholicism and outlaws participation in mass. Catesby, a devoted Catholic, reaches his limit after witnessing the torture and execution of a Jesuit priest and his benefactress. Engaging the assistance of his friend Thomas Wintour (Edward Holcroft) and an unpredictable Fawkes (Tom Cullen), Catesby and his allies seek out the assistance of the King of Spain, a fellow Catholic, in a quest to overthrow King James.

Early on, “Gunpowder” director J Blakeson establishes the gruesome stakes awaiting all of these men and women if they are caught by showing in queasy detail the punishment that awaits those who defy the king. Be warned that these scenes are not for the fluttery of stomach; viewers with the slightest inkling of 17th-century torture methods know well enough to brace themselves for a demonstration of savagery and gore.

Elsewhere, the action sequences in “Gunpowder” are ably choreographed, taking the highest advantage of brawny players experienced in physically demanding performances as well as selling the quiet fatigue of desperate men. Holcroft and Cullen complement Harington’s energy to the letter, with Cullen imparting Fawkes with the sort of smoldering feral edge that adds tension to his scenes.

Liv Tyler also makes the best of a role with little development beyond explanations of her relevance to the story within the dialogue. But many of the characters are presented thusly, beefed up by their actors as opposed to benefiting from writing that could have granted them additional dimension.

The richness of “Gunpowder” is in its aesthetic details and production values, and less so in the depth of historic context. That may have been to its detriment had the series been written to extend beyond a three-hour run time. In this case its relative transience is a blessing, particularly given the grimy anxiety spun up by the story’s underdog conspirators, all of whom are usually barely a step ahead of being discovered. They are, eventually; history already spoiled the story’s outcome. Wisely, then, “Gunpowder” chooses to focus its energy on capturing the experience of the tale while economizing with regard to the time spent cracking on toward the plot’s denouement. The conspirators’ efforts may have come to naught, but the efforts of Bennett, Harington and his co-stars do justice to their history.