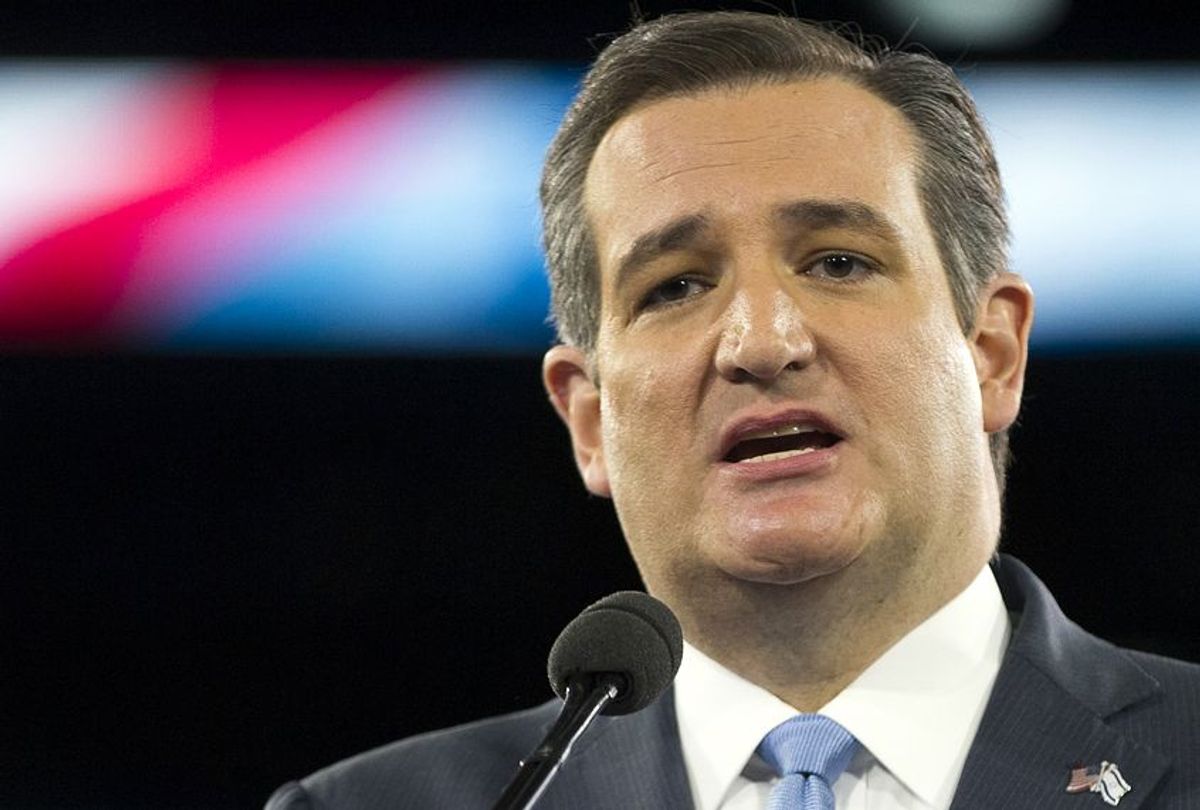 t’s hard to avoid the yearly recaps that spring up every December. From the ubiquitous lists of celebrity deaths to recaps of the top Twitter hashtags, countdowns are everywhere as the new year approaches. But it’s worth considering another one, for no other reason than that 2017 has left many of us fatigued by the GOP’s atrocious behavior and numb to ongoing offenses. The following Republican social media blunders range from amusingly bizarre to those that painfully reveal the true cruelty of GOP leaders.

Let’s start with the more humorous gaffes, because let’s face it, it’s been a rough year and we could all use a laugh.

1. The time Donald Trump Jr. posted this weird-as-hell photoshopped magazine cover displaying his dad (in a beard? why?) winning Time’s Person of the Year.

Have a great weekend everyone. 😂😂😂 #maga #weekend

Despite her privileged education at Georgetown and Wharton, Ivanka Trump continuously embarrassed herself this year by misspelling and misusing words like “albeit,” “juxtaposition,” “relative,” and most ironically, “complicit.”

3. This photo-op of Steve Mnuchin and his wife.

Credit: Twitter.com/darinself
4. The time Mnuchin’s wife posted this photo and then ranted on Instagram about her 'self-sacrifice' to the American economy. 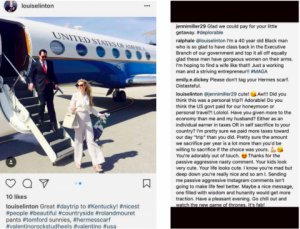 After Louise Linton posted a glamorous shot of herself and her husband exiting a private plane on Instagram, a commenter noted that taxpayer dollars allow for their first-rate travel. Linton lashed out in the comments section: “Do you think the US govt paid for our honeymoon or personal travel?! Lololol. Have you given more to the economy than me and my husband? Either as an individual earner in taxes or in self sacrifice to your country? I’m pretty sure we paid more taxes toward our day ‘trip’ than you did. Pretty sure the amount we sacrifice per year is a lot more than you’d be willing to sacrifice if the choice was yours." 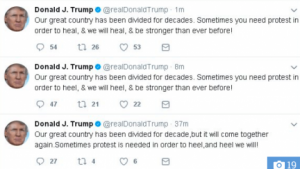 After white supremacists marched in Boston and were drowned out by massive counter-protests, it took Trump three tries to correctly spell the “heal” in “we will heal.”

Who can forget Covfefe-gate? Trump supposedly meant to type the word “coverage." Instead, he gave us a typo for the history books.

Then there were the uglier, less funny, but equally cringeworthy social media moments of 2017.

8. Few of Trump's Twitter rants from 2017 made his defenders squirm more than his takedown of Morning Joe.

In particular, his vile claim that he once saw showhost Mika Brzezinski “bleeding badly from a facelift" angered many.

His claim that “we need” child-molester and racist Roy Moore in the Senate stands as one of the worst statements to come from the president this year. But Trump’s spinning of the Alabama election into a push for his dreadful tax cuts, and his pinning the blame on Democrats in Congress turns, this tweet into a three-in-one sucker punch to respectability in politics. Not that there’s much left.

Finally, while we’re saying our goodbyes to Roy Moore’s domination of the news cycle, let’s not forget the time he appeared to challenge comedian Jimmy Kimmel to a duel via tweet. So modern, yet so archaic and patriarchal at the same time.