Conservative backlash against #MeToo is coming, and soon 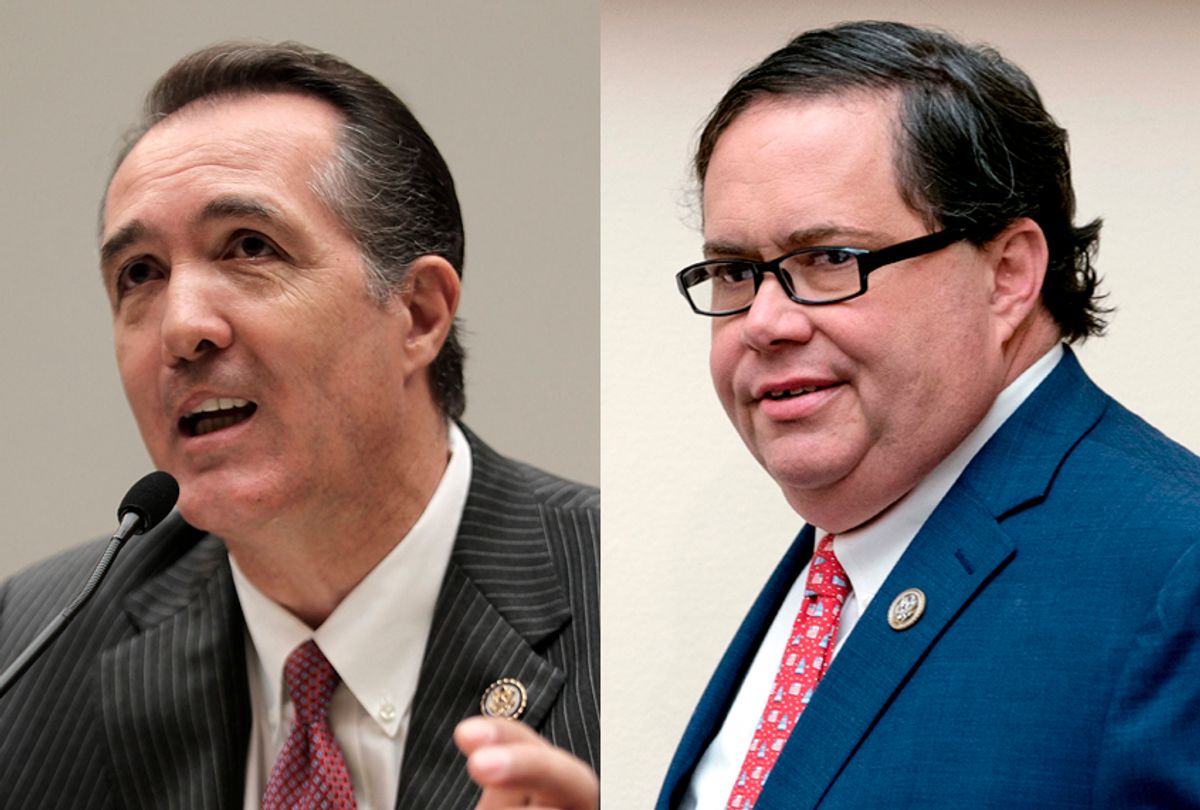 At first blush, the story about Texas Associate Deputy Attorney General Andrew Leonie, who resigned hastily after making ugly comments about the #MeToo movement on Facebook, seems like another sign of a sea change happening in the United States when it comes to sexism. But for me, it only adds to the growing sense of dread that another shoe is lifting and that the big drop is coming soon, and it's going to be a bad one.

Sexists are getting angry. They're getting scared. They're starting to lash out. I worry that it's just a matter of time before some of their punches start landing.

Leonie, who identified as a man of "Christian faith" and father to "great kids" on his Facebook page, also took to Facebook at 2:40 a.m. on a Wednesday morning and wrote, "Aren't you also tired of all the pathetic 'me too' victim claims? If every woman is a 'victim,' so is every man. If everyone is a victim, no one is. Victim means nothing anymore."

It's tempting to believe that a man who was making more than $150,000 a year representing the great state of Texas in court is merely another casualty who failed to follow the rule that there's nothing worth saying on social media between the hours of midnight and 6 a.m. But, as Noor Al-Sibai of RawStory noted, Leonie had a habit of saying gross things on social media, including posting a cartoon calling the Women's March protesters "cunts."

Leonie was shown the door with haste, even though he's in Texas and works for Attorney General Ken Paxton, a profoundly misogynistic politician who whined that Texas would become a "sanctuary state for abortions" if undocumented immigrants were legally allowed to terminate unwanted pregnancies.

Despite many fears to the contrary, it does seem that the #MeToo movement is affecting Republican careers. Rep. Trent Franks, R-Ariz., was pushed out after it was discovered that he tried to pay female aides to have babies for him. Rep. Blake Farenthold, R-Texas, has agreed not to run again, and is getting increasing coverage for his alleged harassment of employees. Alabama Republican Roy Moore lost his Senate bid after multiple allegations came out that he chased high school girls in his 30s. Now this Texas lawyer has been pushed out simply for saying gross things about sexual harassment victims.

It's heartening, but let's be clear: The only reason this is happening is that conservatives haven't yet figured out a narrative they can use to derail the #MeToo movement. Part of the problem is that for decades, conservatives have argued against feminism by embracing the "chivalry" narrative, framing women as inherently weaker and in need of male protection. So while they won't accept feminist arguments about sexual harassment being a matter of sex discrimination, they can't help but admit that there's no part of "protecting women like delicate flowers" that involves groping, making lewd and bullying comments, or forcing yourself on women.

That also suggests that if conservatives do find some way to derail the #MeToo movement — which, unlike women themselves, is indeed a delicate flower that could easily be destroyed — they are going to take it.

Leonie's Facebook post — which, in what I'm sure was a great coincidence, was posted about 40 minutes after the bars close in Austin, Texas — captures that grasping desire to come up with some reason, any reason, to tell all those women to sit down and shut up already about how they don't like being sexually harassed and abused. It's a Federalist piece by D.C. McAllister, who dumps a few thousand words attacking a straw man, by arguing, without a shred of evidence, that feminists are opposed to consensual flirting.

"Here’s a little secret we have to say out loud," she writes. "Women love the sexual interplay they experience with men, and they relish men desiring their beauty."

(I'm convinced every Federalist writer is out to personally dial down the amount of sex people are having, by the power of their overwrought prose alone. Those two sentences are like a pair of twin beds, but in writing.)

These old arguments and strategies aren't working, which shows the power that stories have to disrupt false stereotypes and narratives. But if there's one thing the past couple years have shown, it's that reactionaries are surprisingly flexible about their strategies. And they're experimenting, tossing out new ideas about how to end #MeToo.

The first shot, of course, was outing Sen. Al Franken as a serial groper, in an effort to create the narrative that everyone does it so no one should be held accountable. That failed, because Democrats finally saw through it and pushed Franken out. The second attempt was to deliberately make false accusations, with James O'Keefe trying to sell a false accusation against Roy Moore and someone, likely Mike Cernovich, falsifying a document accusing Sen. Chuck Schumer of harassment. The obvious idea there is that by getting some fake accusations into the bloodstream, they can "prove" that fake accusations are all around us and cast doubt on the real ones. Luckily, that failed.

But all this shows that conservatives aren't going to concede this without a massive fight. Conservatives grasp, even if many liberals don't, that we're on the verge of a true social breakthrough. People are beginning to realize it's not enough to kick a few gross men out, but that this is a systemic problem, that women really are disempowered, that men really do have unfair advantages and that something really needs to happen to change that.

All of these incidents demonstrate, in other words, that the widespread opinion on the right is that #MeToo is a menace, that it needs to be ended and that the only question right now is how to do it. Their first efforts have failed, but mark my words: They're going to keep trying. They have money and numbers to keep coming up with random ideas and testing them on the public. It's just a matter of time until they find a strategy that sticks.