See the video that torpedoed a Trump judicial appointee's nomination

After video of his confirmation hearing went viral, Matthew Petersen has removed his name from consideration 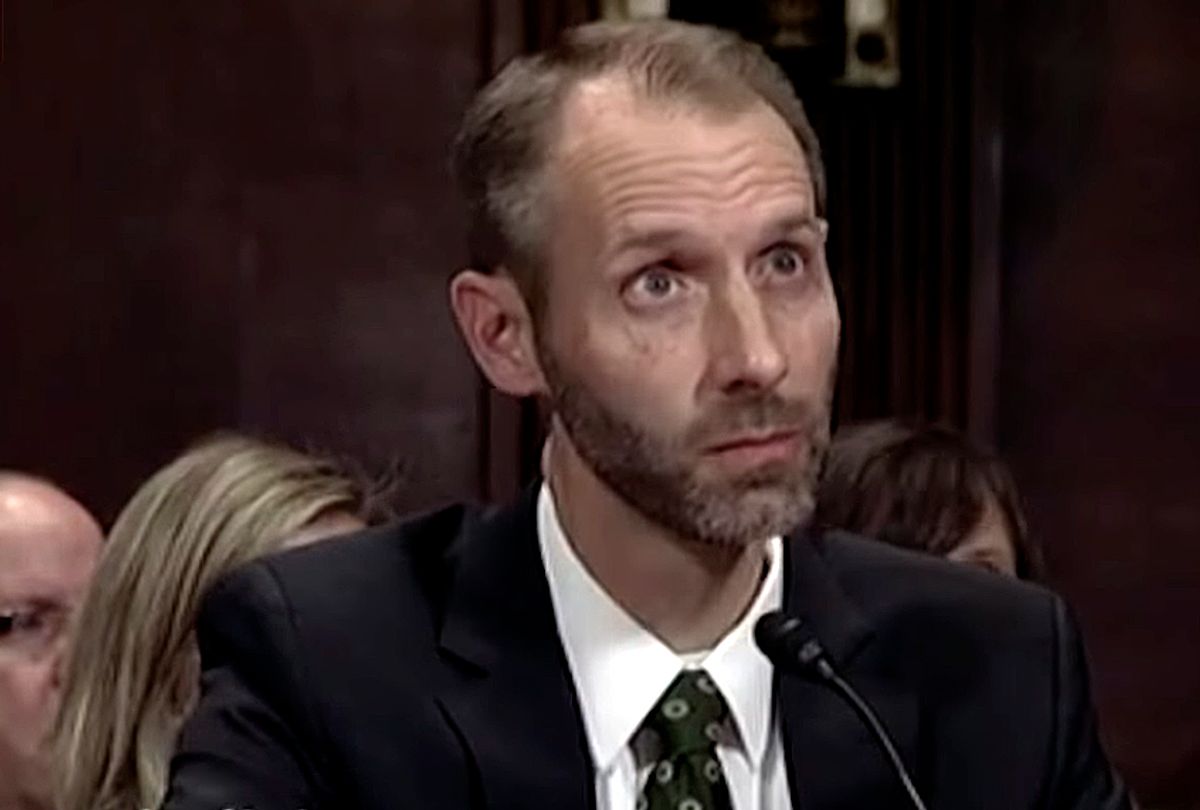 Matthew Petersen, a member of the Federal Election Commission (FEC), withdrew his name for consideration for a federal district circuit court spot on Monday. Petersen, one of President Donald Trump's nominees for the lifetime spots, is the third such candidate from the administration to be removed from consideration. Petersen was up for a judge's seat in the U.S. District Court for the District of Columbia.

Petersen's withdrawal follows a rocky Senate Judiciary Committee confirmation process, the highlight of which was an exchange with committee member Sen. John Kennedy, R-La., last Thursday, footage of which became a viral video.

In it, Petersen asked all of the nominees under review that day whether they had tried a case to trial. Petersen, given that he lacks any in-court litigative experience, could not answer in the affirmative. Kennedy quickly turned the focus of the hearing to Petersen.

The senator asked Petersen if he had ever tried a jury trial, a civil trial, criminal trial, bench trial or argued a motion in state or federal court. Petersen replied "no" to all. Kennedy also asked the nominee if he had ever taken a deposition. Petersen responded that he had "been involved" in doing so shortly after he left law school over a decade-and-a-half ago.

Kennedy would proceed to ask Petersen if he had a firm grasp of current federal rules of civil procedure, the federal rules of evidence or several aspects of jurisprudence, knowledge of which the senator felt essential to presiding over cases in federal court, including the Daubert standard, motions in limine, the Younger abstention doctrine and Pullman abstention doctrine. In all cases, Petersen either answered that his knowledge of these jurisprudential fundamentals had lapsed since his law-school days or that he simply could not provide the senator with a definition of the terms.

At times, Petersen stressed that he felt his experience at the FEC had prepared him for the role, saying, "I understand that the path that many successful district court judges have taken has been a different one than I have taken," adding that, "I believe that the path that I have taken to be one who’s been in a decision-making role in somewhere between 1,500 and 2,000 enforcement matters, overseen I don’t know how many cases in federal court the administration has been a party to during my time."

It was a withering examination by the senator and an embarrassment for an administration that has been carefully attempting to stack the circuit court with appointees loyal to Trump's vision and positions.

Kennedy, a Republican, would later say of the nomination, "Just because you’ve seen 'My Cousin Vinny' doesn’t qualify you to be a federal judge." He added that Petersen, "has no litigation experience. And my job on the judiciary committee is to catch him. I would strongly suggest he not give up his day job." It seems Petersen, a George W. Bush appointee and participant in the creation of the controversial Help America Vote Act, has bent to both that criticism and the many detractors he collected, once the video went viral.

Despite Petersen's withdrawal, the majority of Trump's judicial picks — some of them equally questionable for various reasons — have been approved, and the administration's effort to remodel the entire circuit court continues.