More signs of guilt: Trump's campaign was warned about Russia, and said nothing

In the summer of 2016, the FBI was already investigating "pervasive connections" between Trump and the Russians 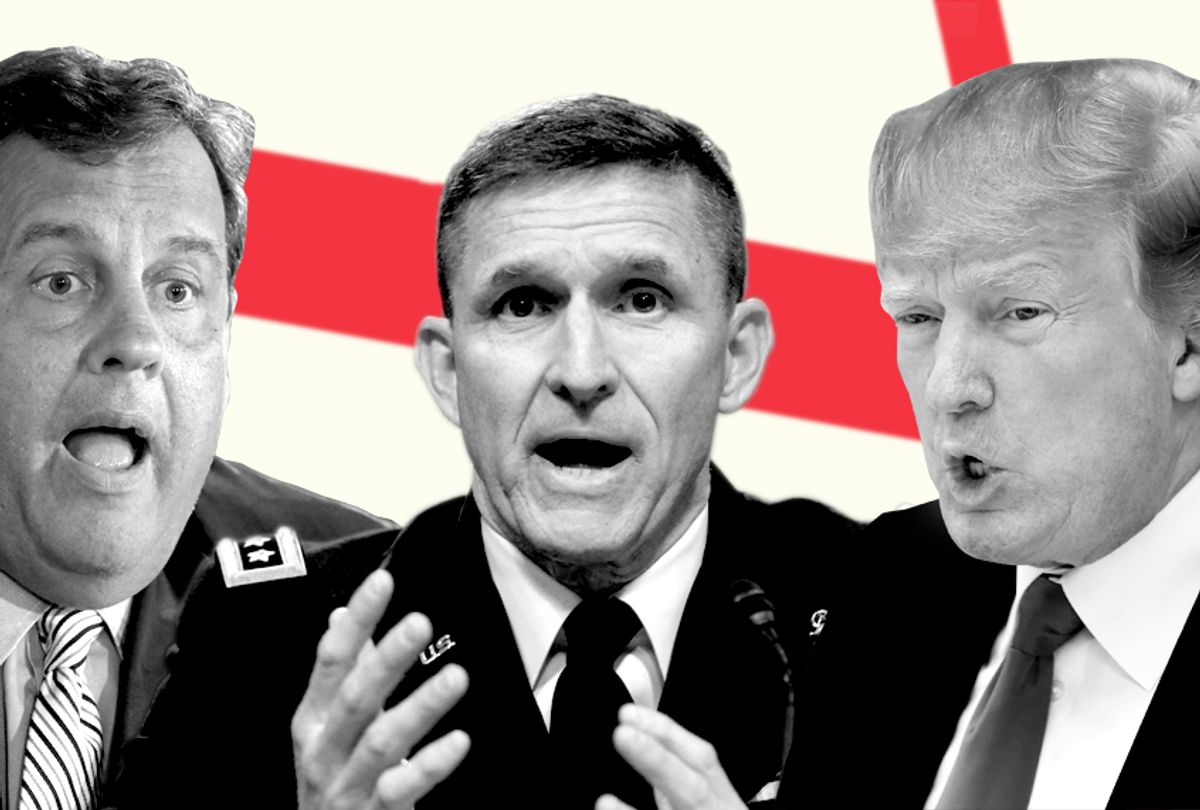 On Monday, NBC News reported that sometime after Donald Trump officially became the Republican nominee for president on July 19, 2016, FBI officials delivered him a top-level counterintelligence briefing in which they warned him that Russians were trying to infiltrate the campaign. They asked that the campaign report any contacts or suspicious activity to the bureau. The exact date of this meeting is unclear, but it is assumed to have happened around the time both general election campaigns were receiving their first classified briefings around the middle of August.

It is apparently standard to brief presidential campaigns about the possibility of such threats, but in this case there was a highly specific one. And it was likely explained in some pretty stark terms, since Trump was new to classified briefings and the FBI knew at this point that the Russians had hacked into the Democratic National Committee's computer system and were behind the WikiLeaks releases that Trump touted on the campaign trail every day.

In fact, a month or so later when Trump met Clinton for the presidential debates and repeatedly claimed that "nobody knew" who had hacked the DNC, saying it might have even been "some guy in his bed who weighs 400 pounds," the intelligence community was appalled:

A senior U.S. intelligence official assured NBC News that cybersecurity and the Russian government’s attempts to interfere in the 2016 election have been briefed to, and discussed extensively with, both parties’ candidates, surrogates and leadership, since mid-August. "To profess not to know at this point is willful misrepresentation,” said the official. “The intelligence community has walked a very thin line in not taking sides, but both candidates have all the information they need to be crystal clear."

We now know that Trump's team was explicitly told that they needed to be on the lookout for any evidence of attempted infiltration. Since we now know that the FBI also already knew about contacts between the Trump campaign and Russia, that would be expected. Former CIA Director John Brennan shared the intelligence with the FBI, which began an investigation in July. Nobody on the outside knows whether Trump and his aides shared the warning with other members of the campaign, but they should have. Indeed, any normal person would have known to do so without being told.

So Trump and his top aides were warned and asked to be cautious and aware. Their campaign manager, Paul Manafort, was let go because of his professional involvement with the pro-Russian regime in Ukraine, for heaven's sake. Yet there is no evidence that any member of the Trump campaign ever mentioned their contacts with Russians to the authorities.

There were other stories about those classified briefings back in the late summer of 2016. They largely had to do with future National Security Adviser Michael Flynn, who had a security clearance and attended at least some of them. At the first one, on Aug. 17, he allegedly made quite a scene:

Six current and former senior officials said they were aware of friction between retired Gen. Michael Flynn, one of the advisers Trump brought to the briefing, and the officials who conducted the briefing. Four sources with knowledge of the briefing — including two intelligence officials who spoke to people in the room — said Flynn repeatedly interrupted the briefers until New Jersey Gov. Chris Christie intervened.

Flynn and Christie both denied the story at the time, but as we know, Flynn is a liar, and Christie has since said that he was fired from the transition for being dead set against hiring Flynn into the White House. I suspect this scene really happened. We don't know if this was the specific Russia "warning" meeting, but since the reports said aides were in attendance, it's likely that Flynn was at all of them.

Keep in mind that the Trump team has been using the excuse that they were new to all this and didn't know about all this cloak-and-dagger business. But Michael Flynn is a former Army general and director of the Defense Intelligence Agency. He knew very well how serious it was that the FBI was warning the campaigns about possible Russian infiltration, yet somehow never told authorities about all of his contacts with Russia or anyone else's in the campaign.

All of this had to seem curious to the FBI, at the very least, if not downright alarming. Certainly, it alarmed one of the investigators, the now-notorious Peter Strzok, who was part of the original investigation and was later fired by Robert Mueller when it was revealed that he had been sending texts about the case to an FBI lawyer with whom he was having a personal relationship. (The current GOP attack on the FBI investigation, regarding a text in which Strzok called the investigation "insurance," is rebutted here by The Wall Street Journal reporter who broke the story.)

It should be noted that on Aug. 11, 2016, days before the "insurance" text and before the FBI got a look at the Steele dossier, Strzok sent this:

I don't know whether Strzok was one of the FBI counterintelligence agents who briefed Trump and his aides, likely including Michael Flynn, but evidently the agents who did so already knew there were "pervasive connections" between the Trump campaign and the Russians, one of which was the campaign manager. It had to be disturbing to watch this candidate and members of his campaign continue to have connections with Russia and publicly deny the intelligence.

Trump continues to deny that Russians were behind the election interference. He has made numerous moves as president to shut down the investigation, including firing former FBI Director James Comey. Now we know that Trump was warned that Russian actors would try to infiltrate his campaign and that he never reported the dozens of contacts we now know about. Trump's behavior certainly appears to show what prosecutors call a "consciousness of guilt." And that is always what leads to a cover-up.