Inequality in Mexico has long been viewed as a problem related to ethnicity or socioeconomic status, not race 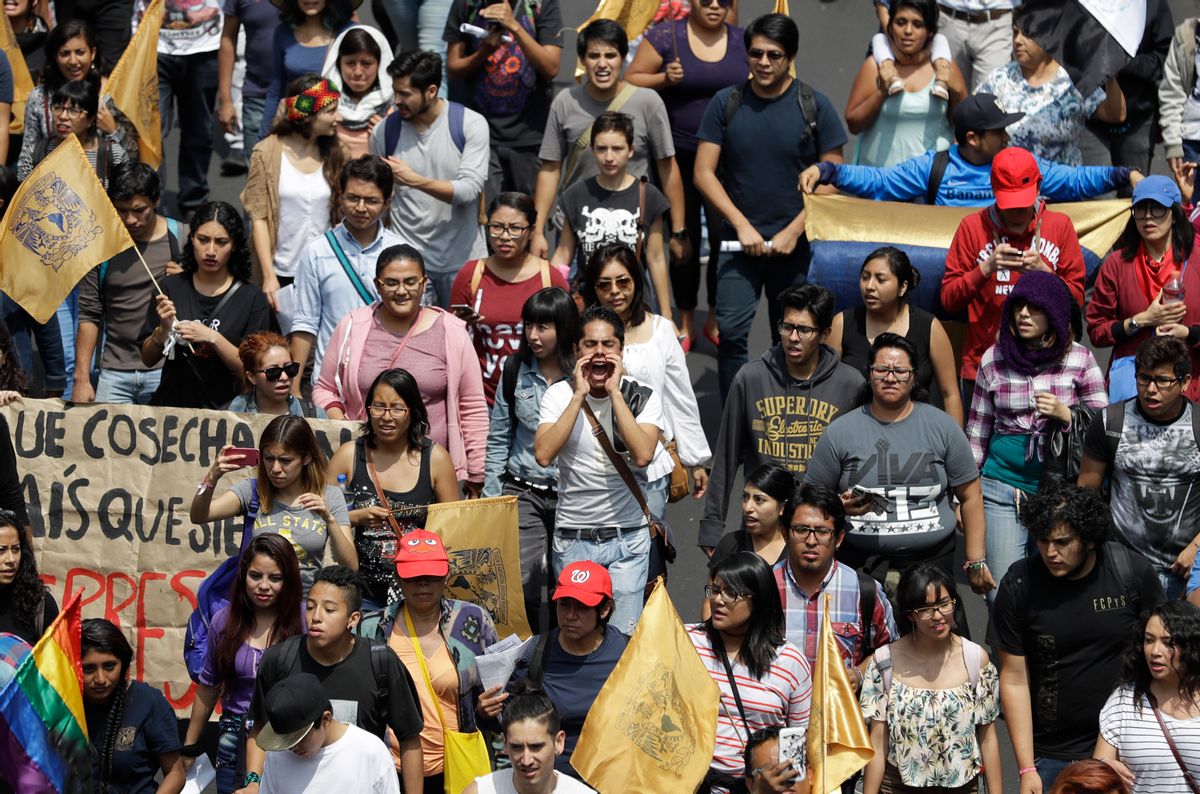 For centuries, the United States has been engaged in a thorny, stop-and-go conversation about race and inequality in American society. And from Black Lives Matter demonstrations to NFL players protesting police violence, public discussions on racism continue in full force today.

That’s not the case in Mexico. Mexicans have divergent ancestry, including Spanish, African, indigenous and German. And while skin color in Mexico ranges from white to black, most people — 53 percent — identify as mestizo, or mixed race.

In Mexico, inequality, though rampant, has long been viewed as a problem related to ethnicity or socioeconomic status, not race.

Our new report suggests that assumption is wrong. Published in November, “Is Mexico a Post-Racial Country?” reveals that in Mexico darker skin is strongly associated with decreased wealth and less schooling. Indeed, race is the single most important determinant of a Mexican citizen’s economic and educational attainment, our results show.

Unequal in every way

The study, published last month by the Latin American Public Opinion Project at Vanderbilt University, or LAPOP, drew on data from the university’s Americas Barometer, a poll of 34 nations across North, Central and South America, as well the Caribbean.

To capture information on race, which is often not reflected in Latin American census data, the pollsters themselves categorized respondents’ face skin tone on a standardized 11-point scale that ranges from darkest to lightest.

We were fascinated to see that the Mexico data clearly showed people with white skin completing more years of schooling than those with browner skin — 10 years versus 6.5. That’s a stunning 45 percent gap in educational achievement between the darkest- and lightest-skinned Mexicans.

Wealth, we found, similarly correlates to skin color. The average Mexican household income in the LAPOP study was about US$193 a month. Citizens with lighter skin reported bringing in more than that — on average, $220 a month. Darker-skinned citizens, on the other hand, earned just $137 — 41.5 percent less than their white compatriots.

Overall, populations identified as having the lightest skin fall into the highest wealth brackets in Mexico, while those with the darkest skin are concentrated at the bottom. These dynamics, other studies have found, seem to persist across generations.

Similar disparities emerged when we examined other measures of economic well-being, such as material possessions — like refrigerators and telephones — and basic amenities.

Not a post-racial nation

Our findings complicate the results of numerous prior studies showing that Mexicans do not perceive skin color as a meaningful source of prejudice in their lives.

According to a 2010 national survey on discrimination, Mexicans believe that age, gender and social class have a greater impact on their daily lives than race.

The data paints a much less rosy picture. Race, it turns out, has a greater impact on a Mexican’s human development and capital accumulation than any other demographic variable. Our results show that Mexico’s “skin-color gap” is two times the achievement gap documented between northern and southern Mexicans, which is an inequality more often cited in Mexico.

It is also five times greater than the urban-rural divide reported in the poll. We even found that skin color has a significantly greater impact on wealth and education than does ethnicity — that is, indigenous versus white or mixed-race Mexican.

Not an isolated case

Our results add to a growing body of academic research highlighting a reality the government doesn’t want to admit: Racism exists in Mexico.

Racial and ethnic biases have so far been documented in Mexico’s allocation of public resources, politics and, notably, the labor market.

A recent report from the National Institute of Statistics, for example, finds that white people comprise 27 percent of all white-collar workers and just 5 percent of the agricultural sector.

Occasionally, some high-profile incident will bring Mexico’s racism to light. For example, there was outcry in 2013 when Aeromexico, Mexico’s most important airline, issued a commercial casting call saying that “nadie moreno” — no dark-skinned people — need to audition.

More often, though, racism is ignored or explained away. Many Mexicans, for example, argue that dark-skinned Mexicans tend to belong to ethnic, cultural and linguistic minorities and live in historically disadvantaged areas, like the rural south and the heavily indigenous high mountains.

Since this is the case, they reason, data that appears to show race-based inequality in Mexico is actually capturing class, ethnic and regional inequalities.

Although the premise of this argument holds true, the conclusion is incorrect. Our study accounted for gender, age, region of residence and ethnic origin — and still skin color emerged as a powerful determinant of wealth and education levels.

A second critique of racism in Mexico is that yes, it exists, but it is not as bad as in other places in the region, like Brazil or the United States.

Our study runs contrary to that argument. Among nations surveyed in the Americas Barometer, Mexico ranks fourth in terms of the negative impact of skin-tone on an individual’s wealth, behind Bolivia, Uruguay and Ecuador.

On the relationship between race and lower levels of education, Mexico moves up one spot to trail only Ecuador and Trinidad and Tobago. Indeed, the sole place in the Americas where people of color seem to fare worse overall than in Mexico is Ecuador, where Americas Barometer data shows that having dark skin reduces educational achievement by one year more than it does in Mexico.

This is in stark contrast to countries like Chile and Costa Rica, where race appears to have only a minor impact on wealth and education.

Our analysis unambiguously disprove the notion that Mexico is somehow so mixed race — so mestizo — as to be race-blind. Quite to the contrary: Racism is a severe social challenge that people in society and government would do well to take more seriously.

Going forward, our research will focus on examining the origins of this problem, from employer discrimination to access to health care. That should help lawmakers design policies to reduce inequalities based on skin color.