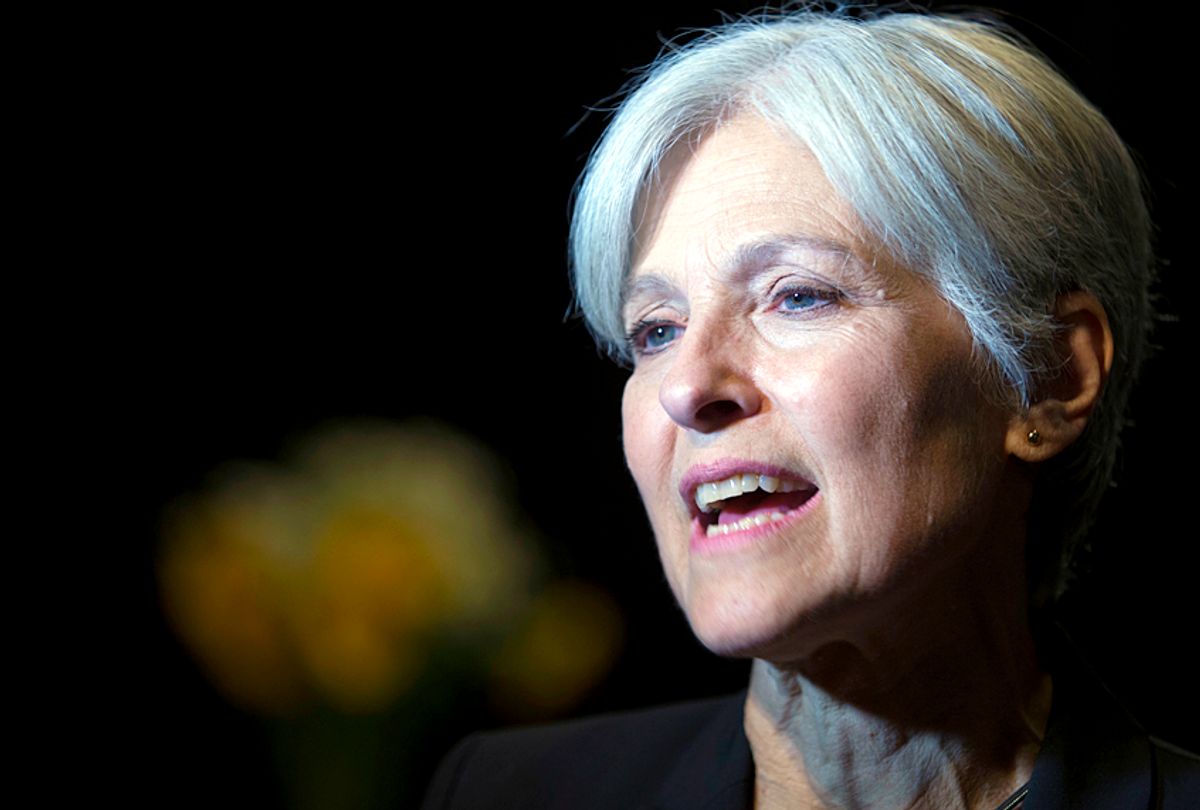 Former Green Party presidential candidate Jill Stein says she is cooperating with congressional investigators seeking information about her contacts with the Russian government and its affiliated media outlets.

Since the November 2016 election, when Stein was widely perceived as a spoiler whose third-party campaign likely drew votes away from Hillary Clinton, Stein has repeatedly said she has received no funds from Russian sources. But her relationship with RT (formerly Russia Today), a television channel closely affiliated with the Russian government, has come under intense scrutiny. Her critics have pointed to pro-Stein advertising that Facebook has said was purchased by internet trolls, Stein's many appearances on RT, and her attendance at a 2015 dinner for RT that was attended by Russian President Vladimir Putin and future White House national security adviser Michael Flynn.

Many Democrats have also criticized Stein for saying that Donald Trump's presidency was less likely to result in war with Russia than a hypothetical Hillary Clinton presidency.

In a statement posted to Twitter on Tuesday, Stein denied any wrongdoing in her interactions with Russians.

"Our campaign has observed the highest standards of transparency and integrity in our interactions with foreign nationals as well as Americans," she wrote. "Our communications with Russian individuals regarding an invitation to speak on international relations at the RT 10th anniversary media conference will confirm what we stated publicly at that time and since: that we did not accept any payment or even reimbursement for the trip, and that we made the trip with the goal of reaching an international audience and Russian officials with a message of Middle East peace, diplomacy, and cooperation against the urgent threat of climate change."

The former Green Party nominee also urged Americans to pay attention to other possible outside actors who might seek to impact the nation's politics.

"We take seriously the issue of potential interference in our elections," Stein said in a statement posted to Twitter. "To restore trust in our elections and democracy itself, we must safeguard our elections from all potential sources of interference, whether by foreign state actors or domestic political partisans, criminal networks, lone wolves, or private corporations — including those who control voting software."

In an interview with Vice published last month, Stein said that she had seen no evidence that Russian-affiliated hackers had targeted Democratic email servers, even though Putin himself has said that "patriotic" cyber-criminals might have done the deed and there are significant indications that the attackers were based in Russia and pursued objectives in line with Russian interests.

Stein further told Vice that she did not really interact with Putin during her now-famous 2015 dinner.

“I didn’t meet him,” Stein was quoted as saying. “That photograph tells a very different story than the facts. Putin came in with all these guys who turned out to be his most important people. I wouldn’t have known that. The Russian speakers only spoke Russian. … There was nothing substantive going on at that table. This was Putin coming in so that he could give a speech in Russian. That’s all it was. And then he did a fast-forward around the table to shake everyone’s hand, but no names were exchanged, nothing."

The Senate Intelligence Committee's interest in Stein indicates that its inquiry may be winding down. The committee chair, Sen. Richard Burr, R-N.C., has said that he wants to issue a final report in early 2018 before any primary votes are held in the midterm elections.

While Stein's candidacy attracted considerable ire from Democratic partisans, she received just over 1 percent of the popular vote (about one-third the total received by Libertarian nominee Gary Johnson). Nonetheless, Stein's vote totals in Wisconsin, Michigan and Pennsylvania exceeded the margin that separated Trump and Clinton in those critical Rust Belt states.

Whether Stein's candidacy "spoiled" the election for Clinton is not clear, however. She told Salon editor Andrew O'Hehir in a video interview last February that she believed fewer than one-third of her votes would otherwise have gone to Clinton, not nearly enough to alter the outcome. Political scientists who have studied the impact of third-party candidates have found that most of those who support them would likely otherwise not have voted at all. Their ideological tendencies are also unpredictable. One study of Green presidential nominee Ralph Nader's backers in 2000 found that up to 40 percent of them would have been willing to support George W. Bush over Al Gore if Nader had not been on the ballot.

BuzzFeed reported on Monday that Burr and other committee Republicans were also seeking information from former Clinton 2016 campaign officials about any possible contacts with Russian nationals.