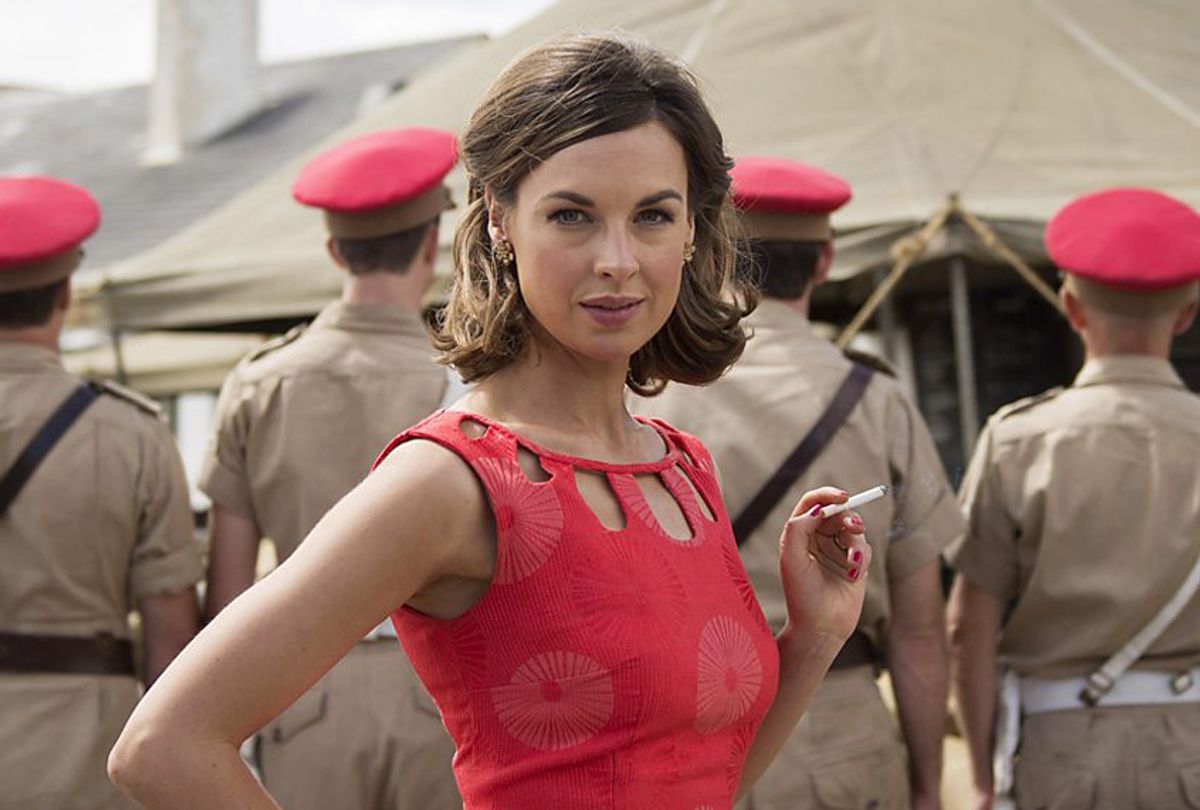 “Why am I watching this?” Every halfway worthwhile series should answer that question with the first 20 minutes of its first episode, and that’s a generous span. But that gives a series plenty of time to introduce the central characters worth caring about and sell its core appeal.

“The Last Post,” Amazon’s co-production with the BBC, bombs this test in spectacular fashion and on several fronts from the opening moments of premiere. A good deal of blame for its flaws can be placed on series creator Peter Moffat’s failure to reconcile his presentation of setting and time period with the reality of how the world looks and operates right now.

This likely informed Amazon’s enthusiastic snagging of “The Last Post” in August by a drama development department under ousted studio head Roy Price who, in addition to being accused of sexual harassment, was reported to be a deadly combination of desperate to find a prestige drama hit as well as easily star-struck. Enter this project by Moffat, a name is most familiar to American viewers who devoured HBO’s “The Night Of,” a limited series based on his acclaimed U.K. series “Criminal Justice.”

But “The Last Post,” available Friday to Prime subscribers, is not one of Moffat’s finest works, even if it is notably personal. Moffat’s recreation of life on a 1965- era Royal Military Police base in Aden, a coastal city on the Arabian Peninsula that’s part of the country now known as Yemen, is inspired by his father’s tour as a member of Colonial Police Force in Dar es Salaam, Tanzania.

This explains, somewhat, the overtly romantic emphasis of the British characters’ humanity and heroism, and the near-total lack of personality development for any of its brown characters. Compiling a list of why that’s inexcusable in 2017 is fairly simple, but let’s start with the fact that there are only two or three recurring characters with dialogue in the three episodes sent to critics, only one of which is bestowed with a shred of backstory or distinctive personality.

Even ignoring the impolitic elements of character development, however — which again, Moffat really shouldn’t have — the greater sin of “The Last Post” is that the writing is stodgy and unrealistic plot is as parched for tension and excitement as the dunes in the desert where these men and their families are stationed.

Moffat’s script is spiked with scenes that defy the accepted viewpoint of the era, which he could get away with if the declarations weren’t so contrived and sanctimonious.

“None of us should apologize for what we’ve given to those parts of the world lucky enough to have us!” declares a stiffly-marching officer to his subordinate seen, only moments prior to this exchange, as a good cop in a thoroughly modern-looking torture scenario.

Said man, by the way, having already declared that “torture the best recruiting sergeant for terrorists” — in a 1965 colonial military force, asks his boss to share the longest conversation he’s had with an Aden-born Middle Eastern person. “They hate you sir,” he retorts, “and everything you stand for.” And just like that, “The Last Post” gets to have its tea and its cakes, and devour them with abandon.

One glimpse at a few frames of “The Last Post” reveals why a studio head with questionable evaluative abilities and boobs on the brain might be fooled into mistaking this misfire for a direct hit. Within moments of the premiere’s openers Moffat introduces a collage of derivative personalities lifted from any number of “Mad Men” clones, starting with Jessica Raine’s fabulously dressed yet tragic, drunk and cheating wife Alison. Jessie Buckley’s wide-eyed Pollyanna-type, a freshly married newcomer to the base, is simply begging to be corrupted. To put a cherry on it, Buckley’s character's name is . . . Honor.

Honor makes Alison’s acquaintance shortly after Alison's smashed another officer who isn’t her husband. Their first meeting happens at in the bedroom Honor will soon share with her stick-in-the-mud young Captain Joe Martin (Jeremy Neumark Jones), where Alison has passed out.

The dramatic divide between the secret lives of the military wives and the officers’ daily dramas, including the emotional toll of being an occupational force in a region whose native population hates you, is styled to resemble a pale imitation of the long gone but highly acclaimed “Manhattan,” only with undertones of “Gunga Din.”

The fraternity among the men takes priority over the wives left behind in the barracks, including Mary Markham (Amanda Drew) a pregnant Major’s wife. Given the danger posed by  faceless groups of jabbering brown people shooting at these noble folk from the hills surrounding the base, perhaps the producers believed viewers would buy the familiar notion of the time-honored team of virgin, mother and whore waiting at home, making it all worth fighting for.

But what do most of us know about that era in British history? Not a lot, I’d wager, and “The Last Post” doesn’t do much to school the unfamiliar viewer about this chapter in Britain’s history of colonization. Even the presumption that the series was intended primarily for a British audience (and, indeed, it originally aired in October in the U.K) does not excuse the scripts complete lack of context. This is part of that nation’s history, yes. But remember: we’re also talking about a nation full of people who did a Google search to find out what the European Union is the day after voting for Brexit.

These days we cannot presume anything with regard to an audience’s base of historical knowledge or, sadly, whether people will recognize a cultural portrayal so imbalanced as to court comparisons to old-school Orientalist propaganda. At minimum, however, a producer should assume that viewers are savvy enough to spot a creative knock-off when they see it. So, why watch at all?