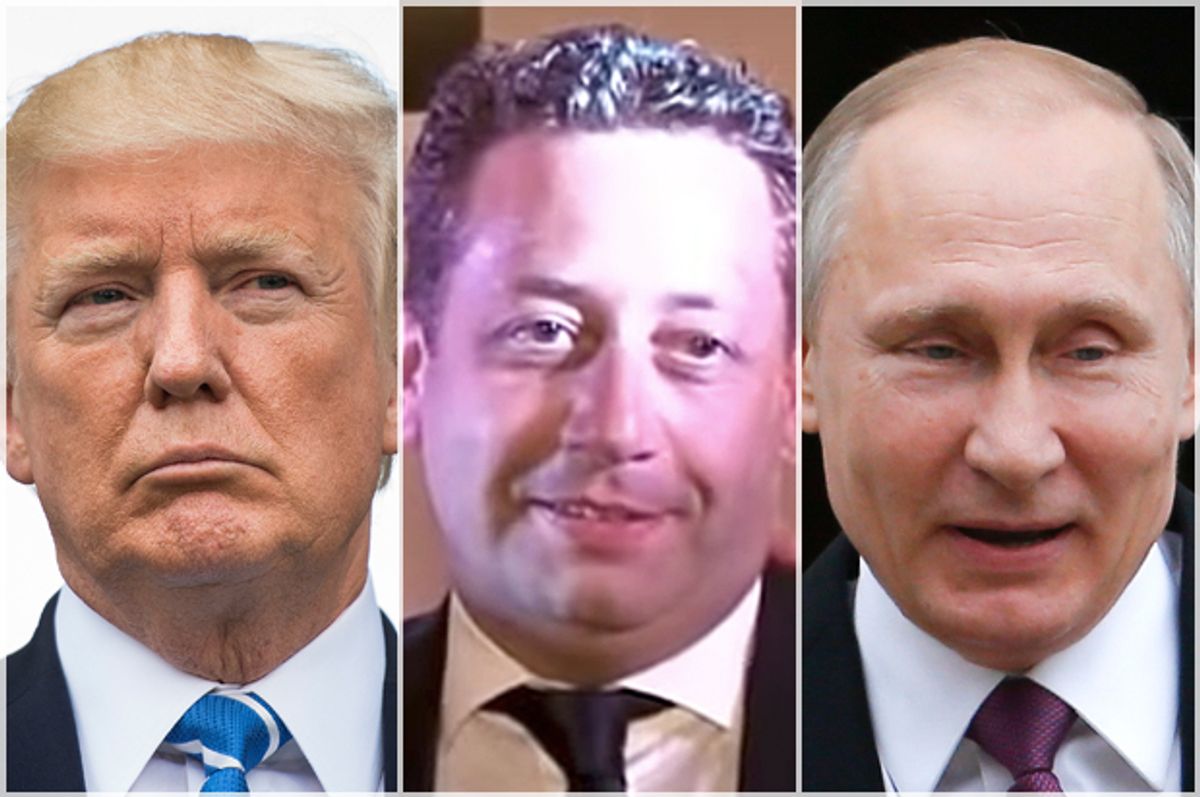 Several members of the House intelligence committee have traveled to New York to hear testimony from two long-time business associates of President Donald Trump. One of them is Rhona Graff, his former secretary who is now a senior vice president at his umbrella company, the Trump Organization. She was interviewed on Friday, according to multiple reports. Committee members heard from Russian businessman Felix Sater on Wednesday.

Sater became a person of interest in the wide-ranging Russian influence story after the New York Times revealed in August that he had written an email to Trump's top attorney, Michael Cohen, in which he vowed to enlist the help of Russian president Vladimir Putin to approve a real estate deal. According to Sater, getting a Trump Tower built in Moscow would demonstrate how good the future president was at negotiating.

“Our boy can become president of the USA and we can engineer it,” Sater wrote in his message. “I will get all of Putins [sic] team to buy in on this, I will manage this process.”

Graff has become a person of interest to the committee due to her decades-long role as an informational gatekeeper for Trump. She was also mentioned in a June 3, 2016 email sent to Donald Trump Jr. when he was attempting to coordinate a meeting with a Russian attorney he believed had incriminating information about then-Democratic presidential candidate Hillary Clinton. In that message, sent by publicist Rob Goldstone, the information was described as being "part of Russia and its government's support for Mr. Trump." The younger Trump, Eric, his brother-in-law Jared Kushner, and Trump's then-campaign manager Paul Manafort agreed to meet with the attorney, Natalia Veselnitskaya, just days later. All three men said later that Veselnitskaya did not present any damaging information about Clinton. Veselnitskaya has since claimed that she never had presented herself as having such details.

High-ranking Democrats on the committee and within the party's House leadership have condemned the move to question Graff and Sater out of state and during a time when the House is officially out of session.

“Political haste must not cut short valid investigatory threats,” Pelosi wrote in a letter to Speaker of the House Paul Ryan, according to an NBC News report. “Key questions about foreign interference in our elections remain, and must be thoroughly investigated. Nothing less than America’s democracy and national security at stake.”

Democrats on the House intelligence committee have also argued that Republicans are trying to pack too much into the investigation right before the end of the year. By contrast, the Senate intelligence committee is set to issue a preliminary report early next year dealing only with direct electoral matters but continue onward into related topics.

Rep. Adam Schiff, the committee's ranking Democratic member, told NBC that Republicans were moving too fast. “In several cases we’ve only received hundreds of pages of documents the day of the interview, or the majority has received hundreds of pages of documents without informing the minority,” he said. “It’s no way to conduct an investigation. Not if you’re serious about getting to the truth. It is a way to conduct an investigation if you want to give the appearance of legitimacy or you want to bring things to an end.”