A fleeting romance leaves a permanent mark each Christmas 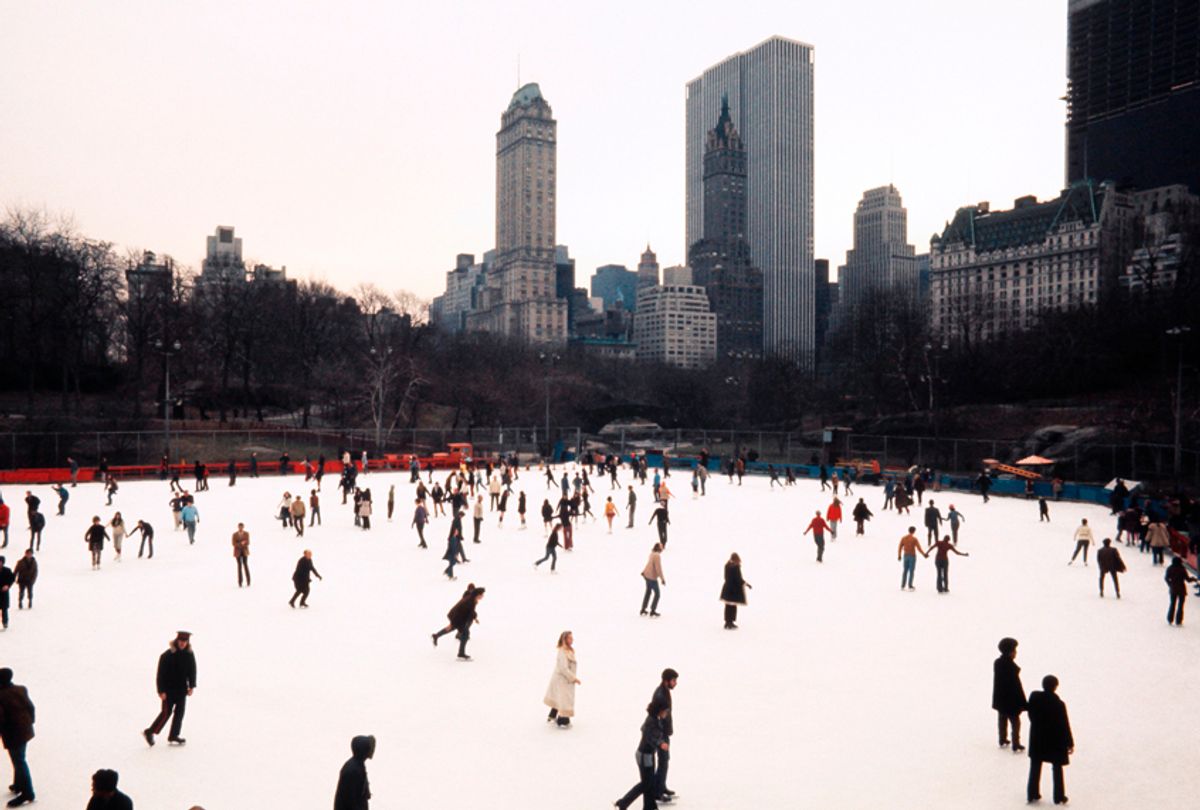 It was late December, almost Christmas, and it was a time in my life when I had a job with no office hours and I could get up anytime I wanted, so every morning felt like Sunday morning, slow and hazy through the scrim of a Saturday night hangover. I was in love during at least some of that time with Harriet, or I thought I was anyway, and she was between jobs so we could get up at eleven, or noon, or whenever we wanted, and walk through the park, or go looking for Philip Roth, who lived in her neighborhood and was out on the streets around the same time we were every day. Philip Roth. There he was, head down, bent forward against a winter wind, thinking about Nathan Zuckerman.

She loved writers, especially Great Writers, which was probably why she spent a month or so nearly every summer at writers' colonies like Yaddo and MacDowell where Great Writers were said to be in residence. I don't know why she fell in love with me, a plain old writer, or how it was that I lumbered into love with her, or even if I was in love with her or she with me. I do know it was smack in the middle of what I think of as the rock and roll years. The music was everywhere, blasting from speakers in a wall of glorious noise and craziness. Rock and roll bombed and screeched and jerked and shook with arrogance and idealism. It was impossible to stop long enough to sink roots in ground, vibrating and pulsing and throbbing with a sense of having lost something and not knowing what it was.

Yet while Harriet and I lived and loved amidst the confusion and wild craziness of the music and the time, we were outside of it. All that mattered was us. We were in love with ourselves as much as with each other. We were each other's fans. We weren't in a relationship. We were in a private club.

Those years could hardly be described as romantic, because we didn't think we had time to be romantic. We did a lot of running around, always at night, looking for something. We'd get dressed up and jump in a cab and shoot off for a party, any party. Ride a mahogany elevator to a penthouse on Central Park South, a very large penthouse with a very large view of Central Park, drinking from cut-crystal glasses while we raised money for McGovern, or protested the war, or supported women's liberation, or listened to speeches about something they were calling "the environment." We'd go slumming in a pimp bar on 45th Street, hookers in micro-skirts, pimps in floor-length white mink coats, flashing eyes, flashing rings, flashing disco lights, flashing, flashing, flashing.

Was all that running around part of being in love at that time in that place? I don't know. I loved Harriet because she was rich and beautiful and different from the rest of the girls, and yet she was familiar. She rejected what she called "all of that." She was delicate and languid and her reason for being was flinging off privileges like so many scarves. Both of us came from old Southern families.  The backs of our hands even looked alike, hers thin and bony streaked with delicate blue veins and mine thick and meaty but streaked with my own blue veins. We used to sit together on her couch sometimes, gazing at our hands and wondering if we might actually have been related way back there somewhere, but nah, that would break the spell, wouldn't it?

We had this feeling our lives were controlled by an outside force, something we could neither see nor feel, but we sensed it was there. One night in the Village we passed a strung-out acid casualty hippie carrying a sign that explained in very small handwriting in elaborate detail how the CIA controlled him through electrodes they had implanted in his brain one night while he slept. The CIA is in charge, he screamed into the neon of 8th Street. He was smiling. We walked away, and I remember thinking, maybe he's right. We had no say. We couldn't stop the war. We couldn't end poverty. We couldn't stop racism from 20 floors above Central Park South. Someone else was in charge.

We went back to Harriet's place and drank Scotch and talked. Talk talk talk talk talk. It seemed like all we did was talk. The next morning she got out of bed and stood there looking down at me and said, we are so obsessed with ourselves, you and I. All of us are. We're not living. We're pretending. She walked down the hall into the bathroom.

I sat up and peered into the semi-darkness. It was  cold and gray outside. The curtains were drawn, as they usually were, and outside East 81st Street snarled with midday traffic. Across the room on her desk crowded with letters and unopened bills and family photographs and old New Yorker magazines and travel brochures from Italy and Greece, resting next to all of this was her hairbrush, long and slender, sterling silver with natural bristle. On the nightstand was her glass of water and two aspirins, untaken. Hanging on a hook on the door was her nightgown, ankle-length pale pink silk with lace around the square neckline. On the floor was the white phone from the living room. A long white cord snaked out through the bedroom door and down the hall into the living room disappearing behind the green-and-white zebra-striped sofa.

I flopped back down on the bed and tried to think of what we had done the night before. I couldn't. Between her pillow and mine was the little pillow. At night she would cling to it, a six-inch by six-inch square of down-filled linen. I remembered one night I was unable to sleep and lay there watching her cuddle the little pillow. She was so content with it against her bosom, a thin bandage of a smile on her lips. She told me she couldn't sleep without it. I touched the little pillow and picked it up and held it to my cheek. It felt limp and very, very soft. I tossed it on the bed and closed my eyes, hoping to catch a little nap while she was in the bathroom. It felt like Sunday morning. It always did with Harriet. But what day was it?