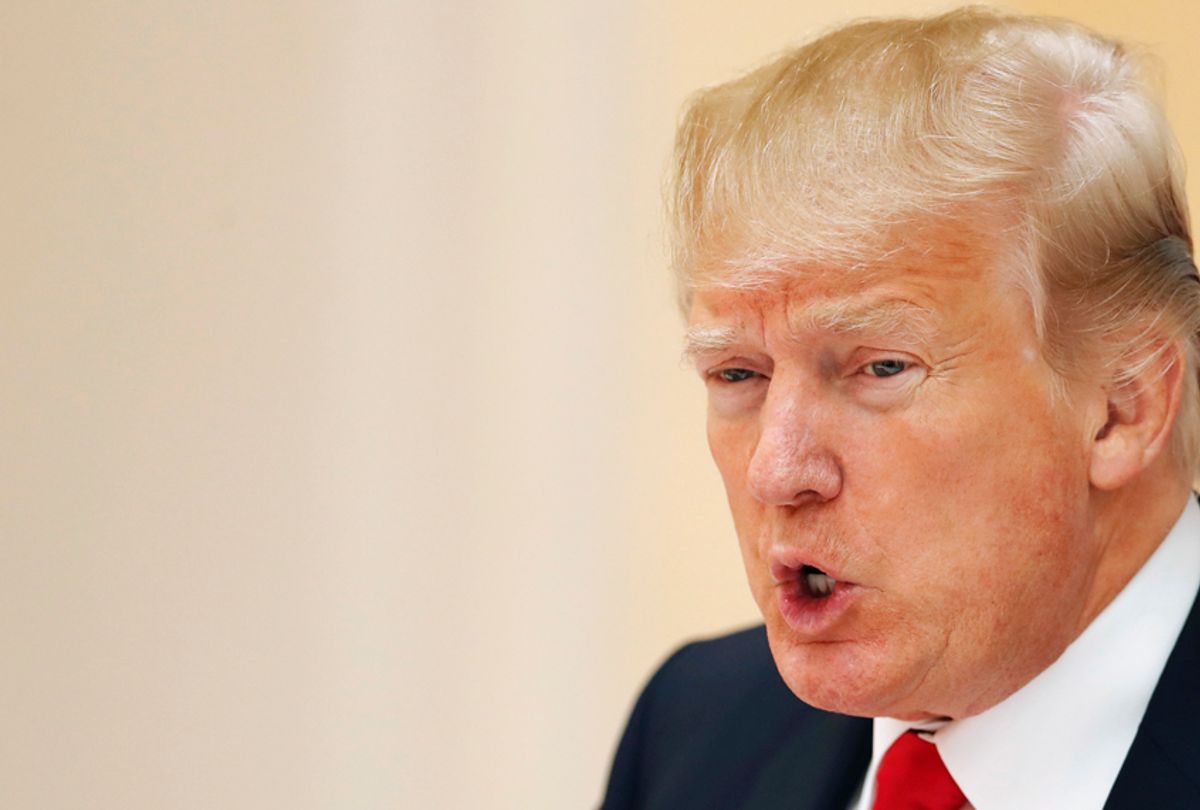 Donald Trump has been anything but secretive about his racist beliefs from his frequent anti-muslim tweets to, most recently, calling immigrants “the worst of the worst” in a speech to FBI graduates. But a new report in the New York Times shares more incredibly disturbing details about what he’s, as described in the report, allegedly “grumbled” behind closed doors in the White House.

It all started in June, according to the report, when Trump “stormed” into the Oval office, “plainly enraged” about how many foreigners had come into the country since January. According to officials who attended the meeting, or were briefed on it, Trump reportedly read aloud from a document which listed how many immigrants got visas to enter the U.S. in 2017.

The report detailed the following sequence of events that he allegedly read as he made his way down the list:

"More than 2,500 were from Afghanistan, a terrorist haven, the president complained.

Haiti had sent 15,000 people. They “all have AIDS,” he [Trump] grumbled, according to one person who attended the meeting and another person who was briefed about it by a different person who was there.

Forty thousand had come from Nigeria, Mr. Trump added. Once they had seen the United States, they would never “go back to their huts” in Africa, recalled the two officials, who asked for anonymity to discuss a sensitive conversation in the Oval Office."

As the meeting continued, according to the report, former Secretary of Homeland Security, John F. Kelly, and Secretary of State, Rex W. Tillerson, tried to interrupt and explain to Trump that many “many were short-term travelers making one-time visits.” This led to the blame falling on Tillerson though, according to the report. Eventually, Kelly reportedly asked everyone in attendance to leave the room because it got too heated.

The Times contacted the White House press secretary, Sarah Huckabee Sanders, about the alleged derogatory statements during the meeting which she denied on Saturday.

“General Kelly, General McMaster, Secretary Tillerson, Secretary Nielsen and all other senior staff actually in the meeting deny these outrageous claims,” she said in the statement. “It’s both sad and telling The New York Times would print the lies of their anonymous ‘sources’ anyway.”