On this episode of "The Chauncey DeVega Show," I talk to Brian Klaas, author of "The Despot's Apprentice" 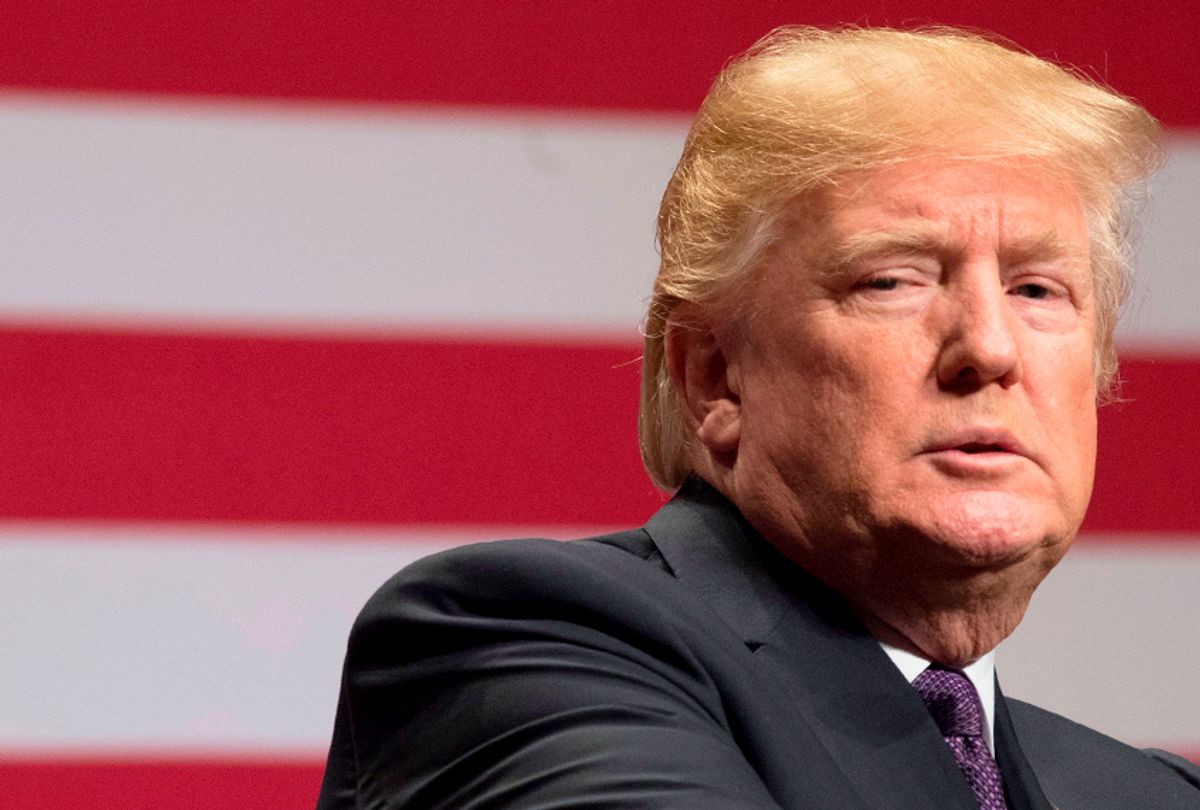 Let them eat cake! Donald Trump, his fellow Republicans and other plutocrats throw crumbs to the American people while telling them they best be full and not spoiled by such acts of generosity.

On Wednesday Donald Trump and his fellow Republicans celebrated the passage of their so-called "tax reform" bill. They are resplendent and gloating in the aftermath of a political victory — one that comes from hurting the American people and forcing through (quite literally) in the dead of night one of the most unpopular and destructive pieces of legislation in recent history.

The Republican "tax reform" bill is at its core an effort to overturn the social and political progress of the 20th century by enacting a Social Darwinist agenda whose ultimate goal is to give even more money to the very richest Americans and corporations by punishing "the useless eaters." This is evil; there is no socially redeeming value to Donald Trump and the right-wing agenda to remake American society in the service of a dystopian Ayn Randian vision.

Masked by the lies and rhetoric of "making America great again" by empowering "job creators," the Republican "tax reform" bill is one of the greatest moral hazards in American history. Trump and the Republicans in Congress who inflicted this legislation on the American people will personally profit from it. For example, it is estimated that Trump will see his own taxes reduced by tens of millions of dollars a year. Changes in the estate tax will also allow Trump to pass along at least one billion dollars more to his family and other beneficiaries. Other Republicans such as Bob Corker and many others will makes millions of dollars more a year from changes in the tax code related to real estate.

In essence, Donald Trump and the Republican Party and their other right-wing allies have committed the equivalent of "Grand Theft U.S.A." where they entered the bank, stole the money, placed explosives and triggered them, and are now forcing the working class, the poor and other Americans to pay for this act of legal looting.

This brazen act of financial abuse and violence against the American people was enabled by extreme political polarization in combination with Donald Trump and the Republican Party's contempt for democracy. Donald Trump is a petit-authoritarian and aspiring despot. Using the government to personally enrich himself appears to be one of Trump's most important goals. It is one shared by despots and other authoritarian leaders around the world. To the degree that his fascist tendencies serve their agenda, the Republican Party will continue to support him. The political calculus is simple. In all, today's Republican Party values winning more than democracy or human decency.

Can the harm done to American democracy by Donald Trump and the Republican Party be healed? How does extreme political polarization advance Trump and the Republican Party's extreme right-wing authoritarian agenda? Is it possible to convince Trump's voters that he is a threat to the country's democracy? How is Trump mimicking the behavior of despots from other countries and in other eras? Do most Americans really understand the dire threat to their country posed by Donald Trump and his right-wing enablers and other supporters?

In an effort to answer these questions, I spoke with Brian Klaas. He is a fellow in Comparative Politics at the London School of Economics. Klaas is the author of several books including his most recent, "The Despot's Apprentice: Donald Trump's Attack on Democracy." (Read an excerpt published here at Salon.)

Klaas explains the connections between political polarization and America's crisis of democracy under Donald Trump as:

Polarization is absolutely essential as a precursor to authoritarianism because you need to have political tribalism. Republicans are afraid of their base. They are not afraid of a Democrat beating them. This is partly because of demographic clustering, but it's also largely due to gerrymandering. And gerrymandering intensifies all of the incentives to be extreme. Consequently, if a Republican does not march in lockstep with Trump, he or she may face a primary challenger. The alternative is winning an easy election against a Democrat. On top of that you have Fox News and a broader right-wing echo chamber that are de facto outlets for Trump, akin to some type of state-sponsored media in an authoritarian or dictatorial regime.

The Republican Party and its voters are aiding and abetting the downfall of American democracy because they lack basic civic values and respect for the country's institutions. On this point, Klaas says that Trump is "extremely destructive":

The analogy I use is the idea that democracy is like a sand castle. It takes a long time to build and much longer to perfect. Trump is just washing it away. He is a wave and the castle is not going to be knocked down in one single tide. But the castle, and our democracy, gets eroded steadily over time. That is where we are now. How does a democracy function when a third of its people are cheering authoritarian tactics, embracing them, pushing for more candidates to mimic them and fundamentally believe a huge number of things that are false? Because if you think about what democracy is, at its core it requires a shared reality to create consent of the governed. The long-term corrosion of democracy that Trump is inviting is not going to end when he leaves office. It is going to be a persistent problem where he has opened up the possibility for a much more insidious and effective successor.

On this week's show, I share some stories about how the elderly and other vulnerable Americans are being hurt by Trump and the Republican Party's vicious agenda.