Here's one reason to be optimistic about politics: Millennials in office

When I founded the Millennial Action Project, I wasn’t sure a movement about nonpartisan bridge building could work 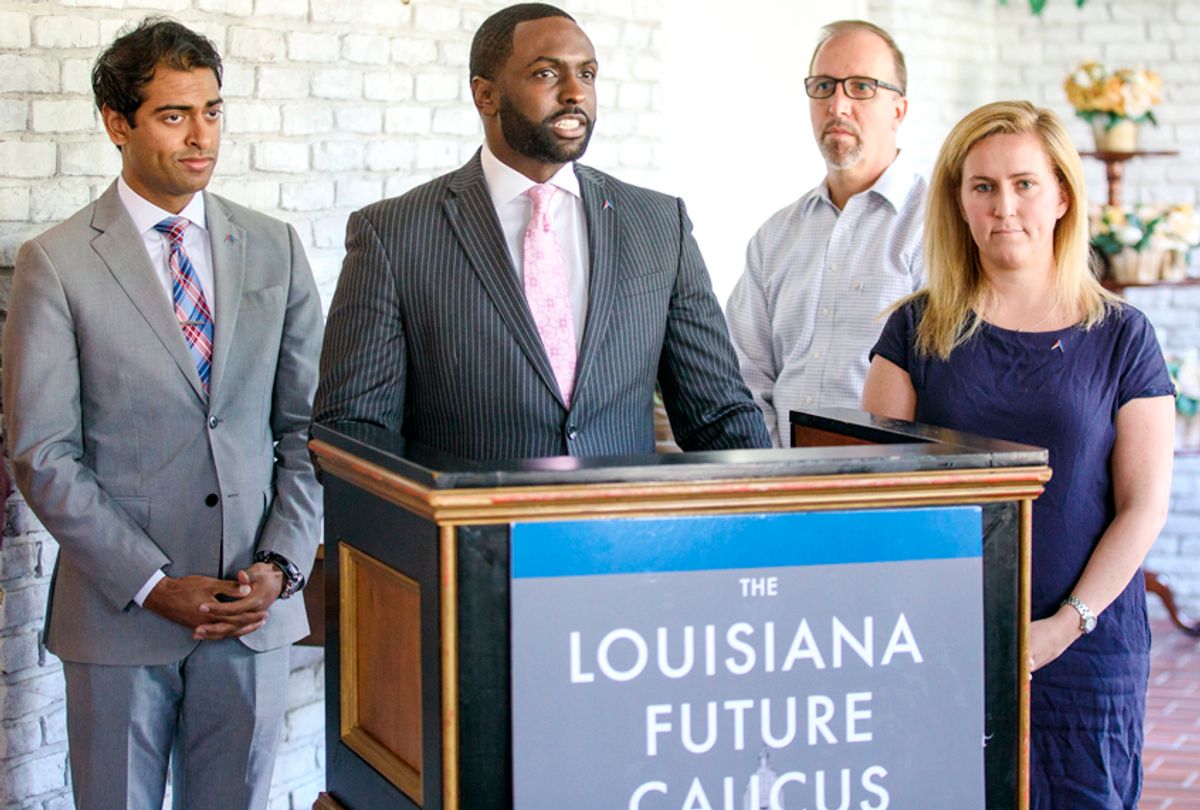 Politics, people say, is a zero-sum game; there are winners and losers, and none in between. Many think politicians are in it for themselves, putting party over people, and government is no longer a force for good. That cynicism is endemic: trust in government has declined from nearly 80 percent in the mid-1960s to a mere 20 percent today, according to the Pew Research Center. People tend to think the game is rigged, and it’s never going to get better. But the cynics are wrong: We should be optimistic about the future.

For the past four years, the Millennial Action Project (MAP) has traveled the country building a bipartisan movement of millennial policymakers and leaders who are bridging divides and enacting reforms, not on behalf of either party, but on behalf of the people. We’ve launched Future Caucuses — bipartisan groups of elected officials roughly 40 and under — who are taking the lead on rebuilding trust and creating a 21st century model of democracy, often in bold and surprising ways that challenge their own parties. And we’ve hit a critical mass: Last week we hit a major milestone, launching our 20th state Future Caucus in Arkansas.

In deep blue states like California, we’ve seen Democrats reach out to Republicans — even when it’s not politically necessary — and observed the reverse in deep red states like Texas. In purple states like Ohio, we’ve watched members of both parties set aside the perpetual battle over the state house and work together for the good of the entire populace. By uniting leaders by generation rather than along party lines, we’ve been able to bring together young policymakers and citizens from both sides of the aisle, in places where many assume political collaboration is impossible. From the Deep South to the Rust Belt, our Future Caucus members have transcended political tribalism and partisanship to bring about real change.

In Ohio, Future Caucus Co-Chair Senator Frank LaRose has led the charge to enact fair redistricting without favoring a political party. Significantly, LaRose is a Republican in a state that has been gerrymandered for his own party’s benefit. When asked why he is pursuing a policy that might disadvantage his own party, Senator LaRose said, “I want to be a member of a party that wins elections because we have better ideas, better candidates, work harder and win the honest way. I don’t want to win elections by rigging the game.”

In Georgia, Future Caucus Co-Chair Representative Michael Caldwell has spearheaded ethics reform and led by example. In addition to refusing money from special interests and immediately disclosing every donation made to his campaign, he takes the unorthodox step of giving up his campaign war chest at the end of every two-year cycle. Why? Caldwell says, “if you live in my district and you want to campaign against me, I should start from scratch just like you do.”

Beyond writing legislation, young elected officials are chipping away at political dysfunction by engaging in constructive, civil discourse — even in Southern states known for their historic racial and political divides. Both nights before our Alabama and Mississippi Future Caucus launches, I was moved to see young leaders set aside party, race and class to gather for dinner, breaking bread in the spirit of cooperation. These weren’t photo-ops — there were no cameras to be seen — and these genuine moments of mutual respect in private have translated into more collaborative policymaking in public.

When I founded Millennial Action Project, I wasn’t sure it would be successful. I thought perhaps the incentives to demonize those in the other party would be too strong and the desire to win at all costs too tempting. Instead, what I’ve found is a shared commitment to restore America’s founding principles.

As our movement continues to grow, a compelling, nonpartisan generational identity is emerging. Despite the headlines, young Americans — and their leaders — want to bridge political divides and have honest and open conversations about how we can move forward as a nation. I’m optimistic that spirit will thrive in the next generation of leaders, but only if we nurture it.