Latest GOP conspiracy theory isn't just goofy and irrational, it's dangerous. Could a fake coup lead to a real one? 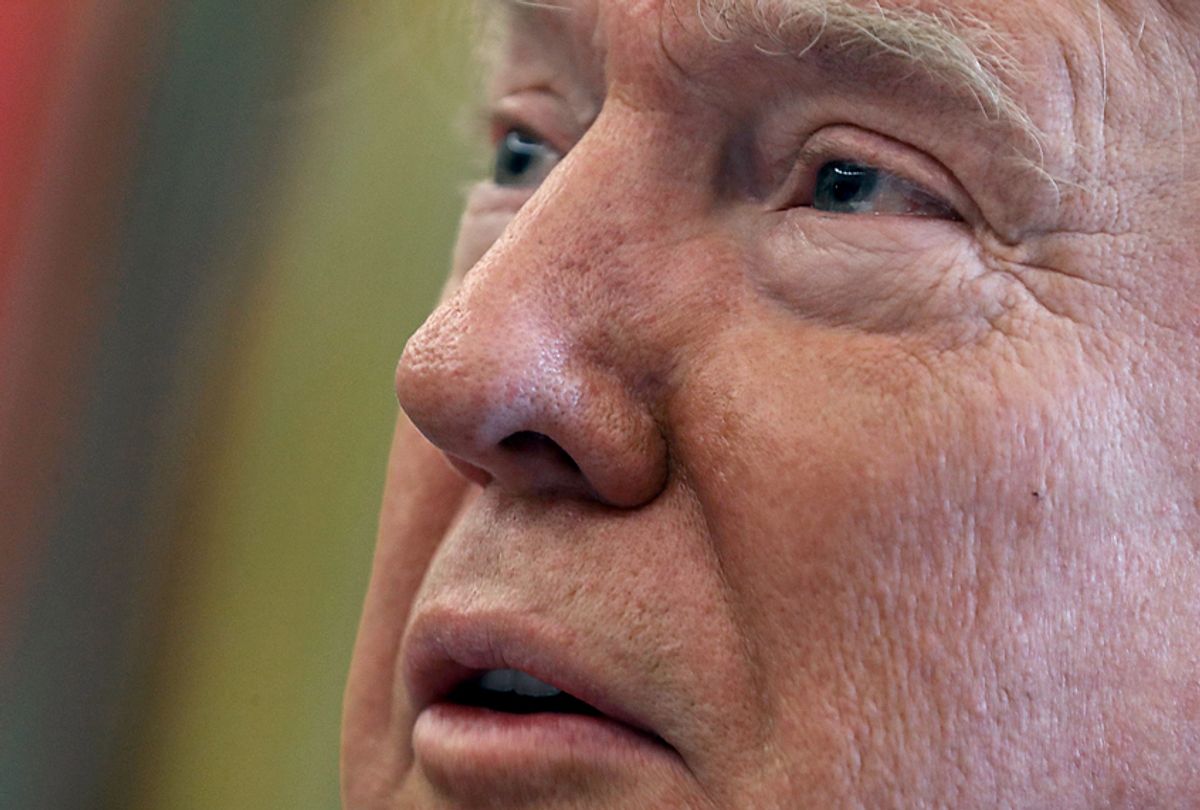 A year ago this week, we all scrambled to our social media feeds to screech about the horror show that was 2016, whether it was the election of Donald Trump or the deaths of beloved celebrities and rock stars like David Bowie and Prince. Now, 12 months later, the existential political threats of 2017, this “dark ride” -- the horrendously dangerous blurts, rallies and executive orders, along with the fires, hurricanes and earthquakes -- have conspired to make 2016 seem comparatively uneventful next to the collective blight of 2017.

All that said, hang tight for an even more tumultuous 2018 when the moving pieces of 2017 click into place in a way that could spark a major constitutional crisis, or perhaps more than one.

Specifically, it seems as though congressional Republicans and Trump’s apparently state-run news outlet, Fox News Channel, are softening the ground to subvert the federal government’s foremost national security and intelligence agency, the FBI, while taking a catastrophic leap into the realms of Putin-style autocracy. For months now, I’ve been warning about the potential for a “deep state coup” narrative emerging from the fringes of the GOP. Today, at the dawn of a new year, it’s beginning to seriously take shape, not just as a means of acquitting Trump and his henchmen, but also to undermine the entire Trump-Russia investigation, while blazing a path of least resistance for further Russian meddling in the 2018 midterms.

The “deep state coup” theory appears to be that the Democrats have somehow rigged the system to unfairly indict Team Trump in a slow-moving coup d’état, leading to the eventual removal of Trump from the White House. This might be the dumbest gibberish emerging from the far right since the brain-liquefying stupidity of the alleged “War on Christmas.”

This reminds me of how Fox News will occasionally -- oops! -- add a Democratic “D” after the name of Republicans who are caught in a scandal or gaffe. This happens a lot. Now they’re weaponizing this tendency by blaming a Republican-led series of investigations on the Democrats. Welcome to the new reality.

Right off the bat, the notion of the Democrats orchestrating Trump's removal is ludicrous on its face, given the reality that all three branches of the federal government are controlled by Republicans, most of whom are Trump appointees. Duh. So, if special counsel Robert Mueller secures further indictments and publishes a scathingly damning report, it’ll be on the shoulders of Republican leadership. Not the Democrats. Not in this plane of existence.

Despite the superficial dumbness of this pervasive conspiracy theory, the “deep state coup” narrative has made its way from Alex Jones’ gnarled vocal cords to Sean Hannity’s nightly conniption fit and, ultimately, all the way into the halls of Congress.

Last week, we learned via Politico that Rep. Devin Nunes, R-Calif., who chairs the House Intelligence Committee, has formed a secret working group to investigate the FBI’s alleged attempt to usurp the Trump administration. The consequences could not only include the firing of Mueller, but also some broader purge of the Justice Department. This "deep state coup" pretext calls to mind the actions of Trump’s Turkish bestie, President Recep Tayyip Erdoğan, and his roundup of hundreds of accused dissidents following a 2016 coup attempt.

On Friday, we heard this from Sen. Rand Paul, R-Ky.:

It’s almost as if Trump himself took over Paul’s Twitter account, isn’t it? Notice how Paul borrowed “colluded” here. I believe that Paul is the first sitting senator to not-so-subtly accuse former President Barack Obama of conspiring with these invisible plotters. At the very least, it seems as though Nunes, Paul and other Republican members are inexplicably lashing their reputations to a kooky Alex Jones fever dream, not to mention staking their reputations on vocal support for a deeply unpopular and increasingly toxic president. We have no choice but to wonder exactly why that might be. Could the Russian hacking of the Republican National Committee be a factor here? Who knows, but in 2018 it’s entirely possible we’ll find out.

The danger of this narrative can’t be understated. If successful, it would not only risk a breakdown of the special counsel’s work, erasing most if not all of it, but it would elevate the presidency to being above the law. In other words, without a robust series of legal checks on the White House, Trump would be invincible. Trump the Autocrat. This might allow the president to begin arresting and detaining political opponents at all levels, without trial, while ensnaring non-political government workers and federal agents, too. We’d have no choice but to wonder whether Trump might use this supposed coup as a reason to remain in office indefinitely, not unlike his political boss, Mr. Putin. All of this looks as though it’ll take shape in the coming year, making the warnings of Sen. Mark Warner, D-Va., and Rep. Elijah Cummings, D-Md., even more salient.

It’s possible the Republicans will abandon this deep state coup theory once they learn how shoddy it is. It’s also possible that the Democrats will succeed in winning back Congress in November and roadblocking the entire thing, at least on their end of Pennsylvania Avenue. But the one to watch is still Donald Trump himself, who is capable of anything. As the Russia investigation moves closer to his desk, we can expect a harrowing 2018.