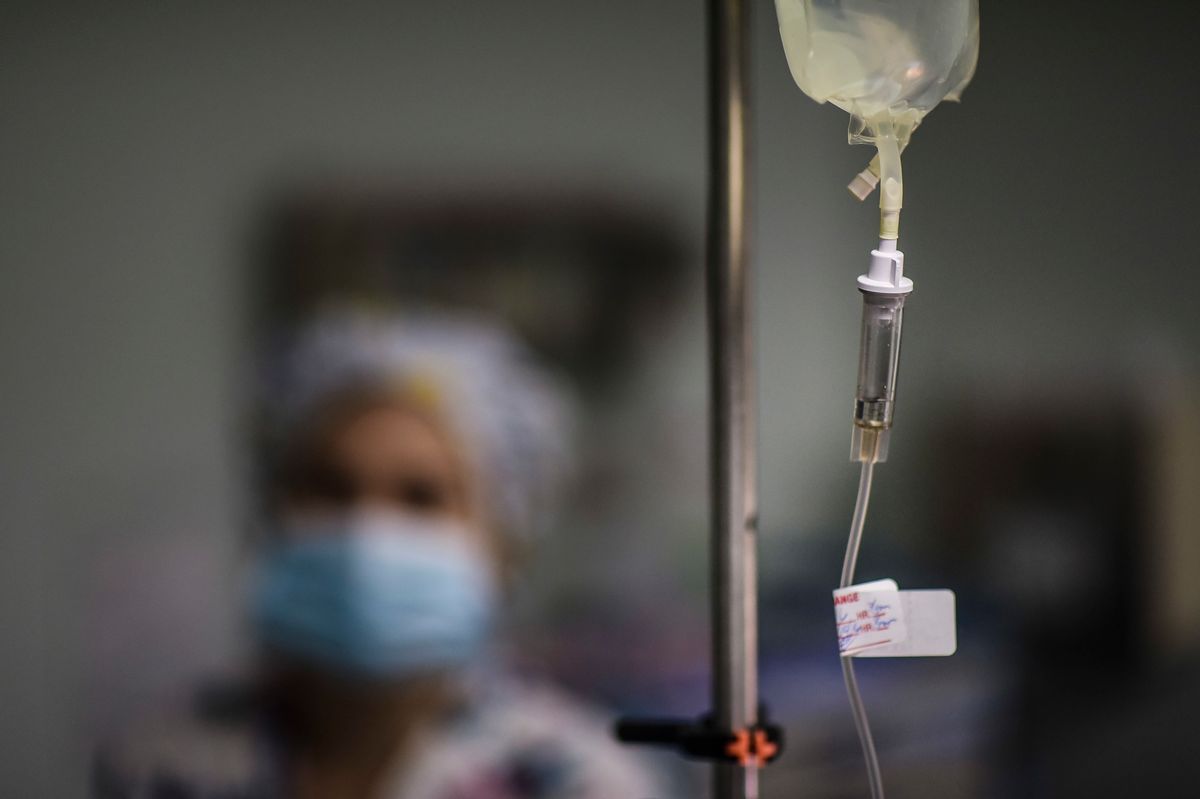 Five years ago, Companion DX Reference Lab hoped to cash in on cutting-edge genetic tests paid for by Medicare.

The Houston lab marketed a test to assess how a person’s genes affect tolerance for drugs such as opiates used to treat chronic pain. It also ran DNA tests to help treat cancer and urine screens to monitor drug abuse.

But the lab went bust last year after Medicare ordered it to repay more than $16 million for genetic tests health officials said were not needed.

Companion Dx is one of at least six clinical labs mired in bankruptcy court after Medicare alleged they improperly billed the government for unnecessary urine, genetic or heart disease tests expected to cause hundreds of millions dollars in losses to taxpayers, an investigation by Kaiser Health News found.

As the nation’s bill for drug and genetic tests has climbed to an estimated $8.5 billion a year, there’s mounting suspicion among health insurers that some testing may do more to boost profit margins than help treat patients.

Medicare has slashed fees for urine tests and tightened coverage of some genetic screens, which can cost Medicare $1,000 or more per person. Private insurers, who mostly have paid these bills without question, also are taking a more penetrating look at spending on the controversial lab work.

Yet, getting these firms to repay Medicare and private insurers remains a formidable challenge. While some doctor-owned labs have dodged collection efforts for years, several testing firms deeply in debt to Medicare appear to have few assets to repay overcharges dating back years, court records show.

“Medicare shouldn’t be paying for dubious tests, but the time to catch that is in the very beginning when [labs] are asking for payment,” said Steve Ellis, vice-president of Taxpayers for Common Sense, a budget watchdog group. “They need to increase oversight so the dollars don’t go out the door in the first place.”

A spokesman for the federal Centers for Medicare & Medicaid Services (CMS) had no comment. Neither did the Department of Justice, which represents the government’s interests in court.

Labs can run a range of genetic and drug tests using a saliva sample, blood or urine specimen. The price tag to Medicare can mount quickly, especially when doctors order highly specialized tests for large numbers of patients. Two bankrupt labs that federal officials say routinely overused tests to detect rare heart ailments in the elderly, for instance, could end up owing the government a total of more than $200 million, court records show.

Some labs have kept operating in bankruptcy while others liquidated equipment and sold off assets. Several bankruptcy trustees, whose duty is to ferret out assets, are suing suppliers, insurers and some doctors to recover funds.

Whether they can raise the pile of cash needed to repay Medicare is doubtful.

Companion Dx, according to bankruptcy records, had $117,497 cash on hand at the end of September. Medicare is seeking the return of $16.2 million paid to the company for services “not considered medically necessary,” according to a January court filing.

The Texas lab had no comment, but in court filings has blamed its collapse on disagreements with Medicare over the merits of its tests and government audits that retroactively disallowed claims. Medicare pays only for services it deems “medically necessary,” and audits typically take many years to complete.

Companion Dx opened in January 2012 expecting to “capture favorable profit margins that existed in connection with this cutting edge technology,” the company wrote in its bankruptcy filing.

However, starting in 2013, Medicare began having second thoughts about the validity of some tests and ultimately decided to cover them on just 1 percent of patients, according to the company. The lab declared bankruptcy in July 2016. The case is pending.

Iverson Genetic Diagnostics Inc. is another lab that turned to bankruptcy court as Medicare tried to reclaim $19.7 million, court records show. The case is pending.

Medicare took aim at the Seattle firm in November 2013 after reviewing “numerous” complaints of billings for genetic tests that patients “had not actually received,” federal officials wrote in a court filing.

A later federal audit concluded that Iverson had charged Medicare for tests that were “not reasonable and necessary.” In September 2015, about two months after Medicare called for the refund, the lab filed for bankruptcy.

Neither the lab, now located in Charleston, S.C., nor its lawyers would comment.

In another case, Pharmacogenetics Diagnostic Laboratory LLC in Louisville exited bankruptcy in late October without repaying Medicare $26.3 million for disallowed genetic tests. The lab, set up in 2004 by two University of Louisville professors, strongly disputed Medicare’s findings but said they were the “primary reason” for the bankruptcy, court records show.

Charity Neukomm, a lawyer for the lab, said another medical group agreed to purchase all its assets “free and clear of liens.” That left nothing for the government.

There’s also little chance that Natural Molecular Testing Corp., a defunct genetic testing lab, will repay the $71 million it owes Medicare, according to John Kaplan, an attorney for the bankruptcy trustee.

Kaplan said the lab near Seattle, which opened in 2010, was “printing money from billing Medicare” until the government suspended payments in April 2013. The company filed for bankruptcy in 2013 in the face of a Medicare audit of its billing and concern over its business practices, such as paying some doctors who ordered its tests as much as $10,000 a month in consulting fees, according to court records.

Five years in, the bankruptcy case is expected to settle next year, but there’s likely to be “no cash left” to repay Medicare, Kaplan said.

Critics argue that Medicare has been slow to assess the benefits of new and controversial tests and technologies — even when soaring costs signaled a warning of possible overuse.

Spending on genetic testing, for example, shot up from about $167 million in 2013 to more than $466 million a year later, according to Medicare billing data. In 2015, the program spent about $317 million on the tests and some $165 million last year. Government auditors credit tighter oversight for the sharp decline in billing.

Ellis, the budget watchdog, said the “huge jump” in these bills should have “sent out a red flag.”

Medicare officials don’t routinely verify that the sales claims labs make to doctors are rooted in scientific evidence. Some labs have hawked genetic tests as a tool for making pain management safer. The labs contend the tests can pinpoint the proper drugs and dosage for each patient based on their genetic makeup, thus reducing the threat of overdose or other injury.

However, many experts argue that the science hasn’t caught up to the sales pitch — and that some high-priced tests may do little to diagnose or treat illness.

Genetic tests “are not ready for prime time,” said Charles Argoff, professor of neurology at Albany Medical College in New York. He said their impact on medical care “hasn’t been measured.”

Court records show that the legal battles to recover assets from failed labs often plod on for years, especially when trustees believe labs paid illegal fees or other kickbacks to persuade doctors to order dubious tests.

“Some of these cases never go away,” said David Schumacher, a Boston health care lawyer who has defended doctors against these claims. Still, he said that even after years of legal wrangling Medicare often is unlikely to “be made whole and fully repaid.”

The trustee for Heart Diagnostic Laboratory, which marketed a panel of blood tests to detect heart disease and other illnesses before its June 2015 bankruptcy, has filed more than three dozen lawsuits to recover money paid to doctors and medical offices, including suspect consulting fees.

“Our analysis is that all of these payments were tainted and therefore we’re entitled to go after them,” said Richard Kanowitz. He added: “It’s an uphill battle.”