It's called "Haven," and it's a free, public effort to stop snoopers, whether government spooks or otherwise 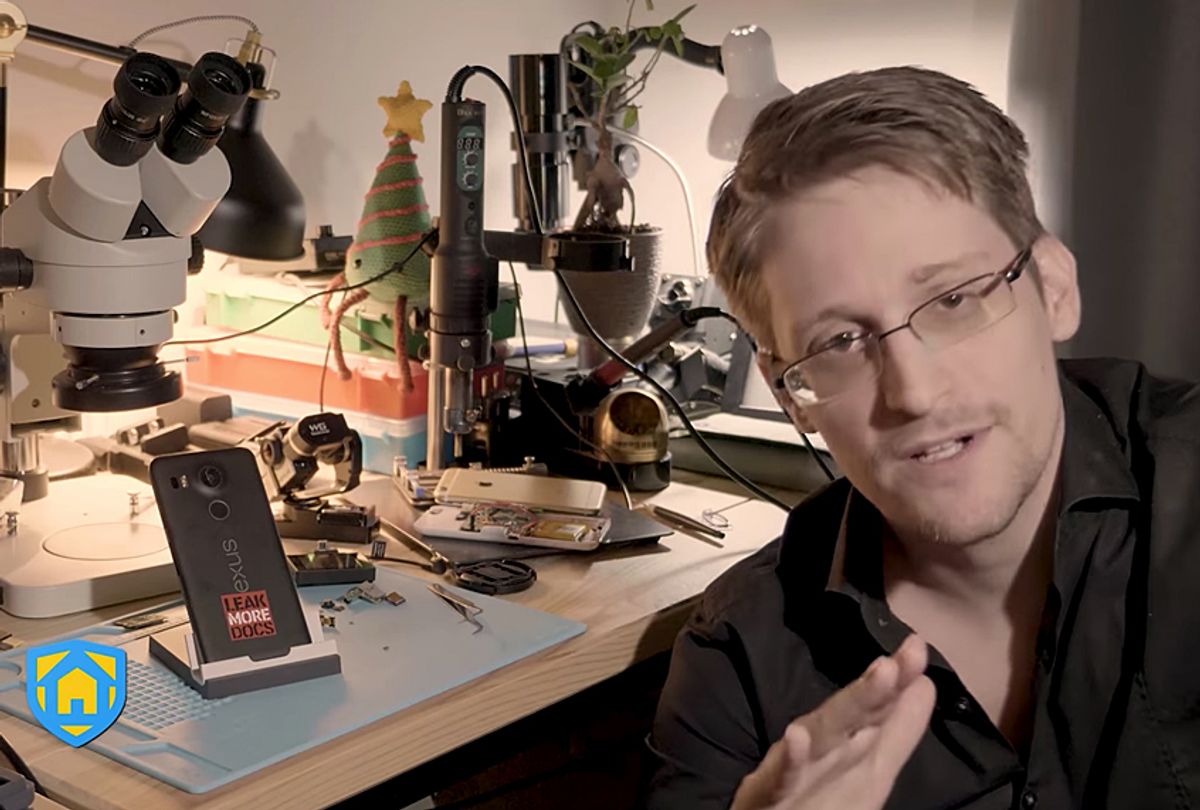 The world’s most famous whistleblower is turning his focus to personal computer security. In partnership with the Freedom of the Press Foundation and a developer collective known as The Guardian Project, Edward Snowden has announced a new open source app that can turn your Android phone into a digital watchman to guard your laptop, computer, or any other device or object that can be tampered with when you're not looking.

“Haven turns any spare Android phone into a safe room that fits in your pocket,” Snowden says in the app’s launch video. “Haven does more than watch your back, it gives you peace of mind.”

The app operates under the assumption that intruders may break into your office, home or hotel room and tamper with your computer to obtain confidential information and passwords. According to the Guardian Project, a collective of mobile security app developers, the app watches for any intrusions in your physical space, and specifically can help protect against “evil maid” attacks — a (faintly sexist) term to describe a situation where an intruder installs a hacked boot loader on your device without your knowing. While the app can’t physically stop intrusions — it's not a robot butler, after all — it can give the victim documentation of said intrusion.

"If you’re the secret police making people disappear, Haven changes the calculus of risk you have to go through," Snowden told Wired. "You have to worry that every possible cell phone might be a witness."

The app is meant to be used on an old Android "burner" phone — a term used to refer to pay-as-you phones that can be easily bought or disposed of without a formal contract. Using the device’s camera, the app can capture photos, and using the microphone, it can capture audio too. Haven also has the capacity to use a smartphone's accelerometer to monitor for motion. Besides being used as a tool for counter-surveillance, Haven also markets itself as “the most powerful, secure and private baby monitor system.”

"By tapping into the sensors and processing power on these devices with custom software, a system could feel the vibrations of someone walking, detect the shine of a flashlight, hear the sound of a door opening (or a child crying), or see someone entering into the view of a camera.”

Wired tested the device in its beta version, and confirmed that when a staged intruder approached an unattended laptop in an office, they received automated photo alerts. However, Wired also noted that the app confused “stray office noise” for an intruder. Fortunately, users can set thresholds for the audio sensitivity.